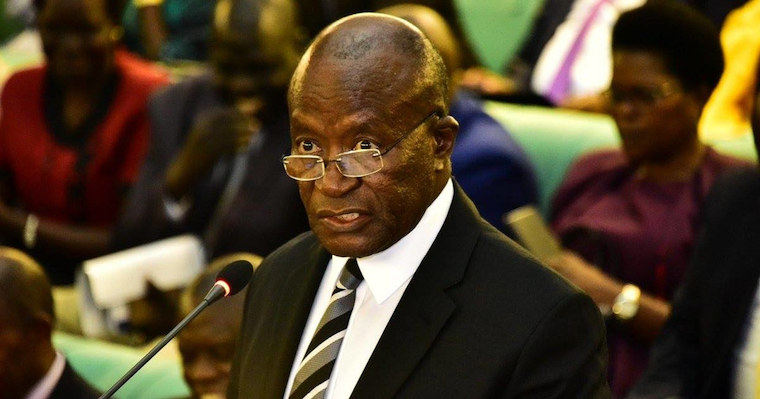 Claims and counterclaims of the ruling National Resistance Movement (NRM) government being infiltrated by corrupt cartels gain currency every day.

The latest to add credence to this narrative is the former minister of Ethics and Integrity, Dr Nsaba Buturo. Writing for The Observer this week, in ‘God, morality and Uganda’s development model’, Dr Buturo, says a disturbingly, silent social and largely immoral revolution is underway in Uganda.

“The new order is characterized by for example, an acute level of sectarianism, blatant and obscenely repulsive practice of unchecked and unrestrained stealing and abuse of public resources by cartels and syndicates of public officials...” Buturo narrates.

In the recent past the minister of state for finance, Evelyn Anite, complained of mafia in government and claimed they wanted to eliminate her because she had frustrated their corrupt schemes.

If you have just woken up to it, you were either complacent, naïve or wilfully blind.

This started on the day these people seized power. These people did not liberate anyone apart from themselves. While you were acting as their advocate, defending them at every opportunity, they were laughing behind your back and busy raiding the coffers.

Remaining steadfast within the system makes him part and parcel of the cartel, an accomplice, so to speak!
Report to administrator
+1 #4 kabayekka 2019-10-24 04:23
Unfortunately nowadays these African liberators are getting into the habit of blaming others for their deadly sins.

They are convincing the people that they are not the ones who are in control of this country any more.
Report to administrator
+2 #5 MR 2019-10-24 04:27
These statements without naming and shaming the individuals are useless and dead on arrival
Report to administrator
+2 #6 Lakwena 2019-10-24 12:20
Although Mr. M7 thinks he is fooling Ugandans when e.g., during a breakfast prayer three weeks ago said that: he has never solicited nor received a bribe; but strangely, the NRM government which leads is a government of the corrupt, by the corrupt and for the corrupt.

Logically, ethically and morally it does not add up, for a president who is not corrupt to lead a government/party full of the corrupt like e.g., his Minister of Foreign Affairs, Sam Kuteesa who received US$.500,000 from Mr. Patrick Ho and also diplomatically arranged Mr. Ho to directly deliver cash, the same amount, US$.500,000 to Mr. M7 on the day of his swearing in on 12 May 2016.

Which fool is fooling who? Hon Nsaba Buturo would have saved his soul if he had remain and died UPC.

In other words, dirty money is the source of all the evils in this country.
Report to administrator
+1 #7 kabayekka 2019-10-24 16:47
Lakwena you seem to be telling it all. One had forgotten that this gentleman was a UPC die-hard.