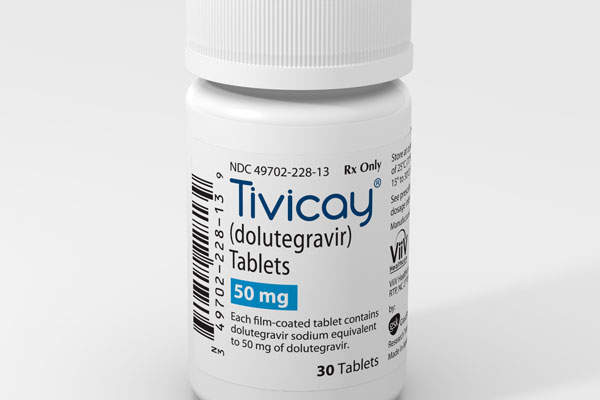 Dolutegravir is said to be causing women excessive weight gain

Women living with HIV and are taking the new antiretroviral drug, Dolutegravir are experiencing high levels of weight gain. This was revealed by Prof Adeeba Kamaru, an HIV/AIDS researcher during a webinar held this afternoon.

Kamaru who was discussing the key messages from the recent International AIDS Society Global HIV conference that took place in Mexico City in July this year, said studies are underway to establish why this is happening in women. Men have not shown such side effects.

Uganda just started using the Dolutegravir drug last year and the majority of those on first-line treatment have been moved to the drug which is promoted for being an integrase inhibitor. This means that it has contents that protect the user from developing resistance to the drug, something that has been seen with other treatments.

The drug is taken as a fixed-dose combination drug TLD for Tenofovir Disoproxil Fumarate, Lamivudine and Dolutegravir in Uganda. Experts say that the beauty with the drug is that it maintains viral load in one’s blood low which in the end reduces chances of spreading the virus.

But, although the drug has these good attributes, countries that have enrolled their people on the drug have been raising concerns. In Malawi and Botswana, the drug was associated with causing neural tube effects if women of reproductive age used it.

These claims were proved wrong in July when the World Health Organization okayed the drug to be used as preferred first and second-line HIV drug for all, including women of childbearing age when studies that were done in Botswana, showed only 4 cases of neural birth defects were recorded among 426 women on the treatment that were being followed.

Kamaru said this afternoon that for birth defects, the risk of neural birth defects for especially women who use folic acid supplementation during pregnancy is very low at 0.03 per cent which should not cause any concerns.

She, however, noted that when enrolling women of reproductive age onto the drug, health workers should tell the women about this risk so that they can make informed choices.

+3 #1 Lysol 2019-10-22 23:04
Common side effects of Tivicay include:
trouble sleeping (insomnia),
tiredness,
headache,
allergic reactions such as rash,
changes in liver tests,
changes in body fat (especially in your back, neck, and trunk),
changes in your immune system,
depression,