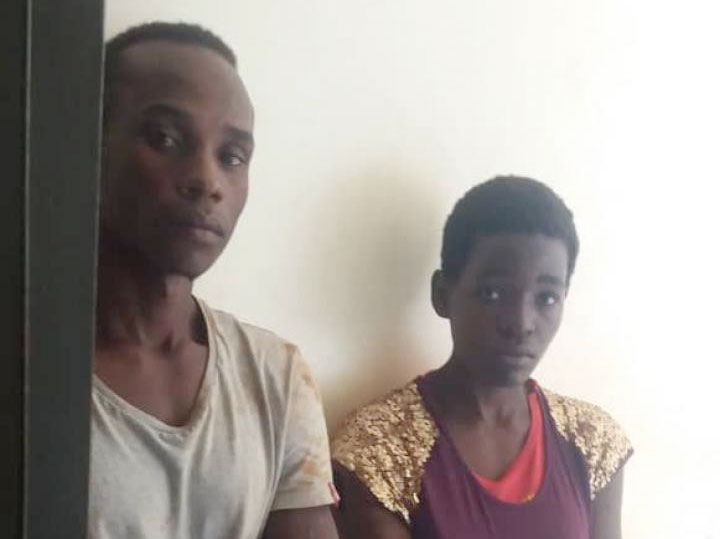 Police in Wakiso has arrested a couple for killing their own 2-year-old baby.

Patrick Busuulwa, 23, and his wife Allen Mukirwa, 18, both residents of Bulaga-Ssumbwe, are accused of strangling Patrick Ssimbwa, and later chopping him into pieces. The body of the boy was reportedly dumped in a swamp by the father, who later filed a case of a missing child at Bulaga police post.

However, police became suspicious after noticing a number of uncoordinated statements in relation to the alleged disappearance of the child. After recording the statement, Busuulwa reportedly returned to the swamp, retrieved the body which he wrapped in a blue polyethene material and dumped it in his neighbour’s toilet.

He was subsequently arrested and has since been detained at Bulaga police post, together with his wife. Prior to his detention, police used teargas and live bullets to control a crowd of residents that wanted to end his life in vengeance.

Kampala Metropolitan police spokesman Luke Owoyesigyire says that the police team has successfully retrieved the boy's mutilated body from the latrine. The remains were taken to Mulago hospital for a postmortem.

Charles Kabanda, the area chairperson says that the deceased was the only boy child for the family. The incident comes a week after a man killed his 10-year-old girl in Mukono after she ate the food he had picked from a neighbour’s party.

Our government has allocated space for witchcraft and fake religious fakers in order to completely blindfold the poor hopeless. It's strategic.
Report to administrator