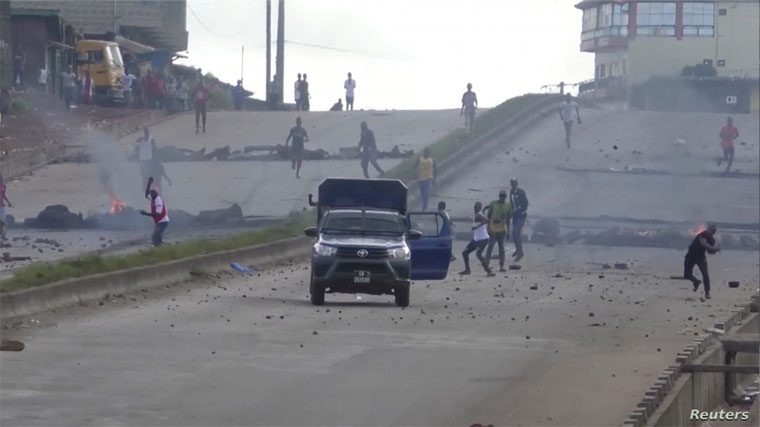 Protesters throw stones at a riot police vehicle on a main road in Sonfonia District in Conakry, Guinea

Police in Guinea have fired tear gas and bullets to disperse thousands of opposition supporters, civil society groups and trade unionists gathering to protest against a bid by the president to extend his time in office.

81-year-old President Alpha Conde's mandate ends in December 2020 but he seeks a referendum to allow a third term in the West African nation. Residents in the Wanindara district of the capital, Conakry, told The Associated Press that two young men were wounded by bullets Monday.

The National Front for the Defense of the Constitution, the coalition group that called for the march, said six of its leaders were detained over the weekend and it demanded their release.

More power to the people of Guinea for fighting for their right to choose their leaders as opposed to accepting leaders who impose themselves in the guise of constitutional amendment!
Report to administrator