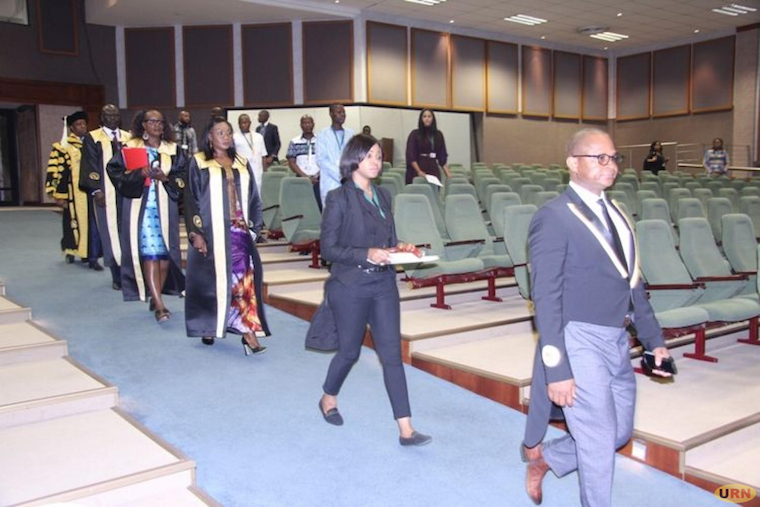 Although the PAP had requested and passed a budget of $20.79 million (Shs 74 billion) during its May 2019 plenary sitting in South Africa, only $16.40 million (Shs 59 billion) was approved by the executive council of the African Union (AU).

The AU executive council, composed of foreign ministers, coordinates and takes decisions on policies in areas of common interest to the member states and is answerable to the assembly of heads of state and governments.

The implication of the budget cuts is the available funds will no longer appropriately facilitate the activities that the continental parliament undertakes to fulfill its mandate. The cuts will affect staff costs, missions, communications, procurement, stationery, bank charges, capital expenditure, and the programme budget.

In the parliamentary system, most of the work for parliament is generated by the portfolio and thematic committees. In the case of the PAP, the missions generate business for the committees, which in turn generate business to be tabled and debated in the plenary. There are two statutory committee meetings meeting in March and August and two plenary meetings scheduled in May and October.

PAP president Roger Nkodo Dang expressed disappointment at the development which he said is likely to paralyze their work and relevancy to the continent.

"Without the work of committees, the money will not be used. It is the AU to blame because they are the ones that reduce our budget if it is not spent. If MPs do not work, we shall close this parliament," Nkodo told MPs at the current PAP meeting in Midrand South Africa.

According to the deputy chairperson of the Committee on Monetary and Financial Affairs, James Teat Gony from South Sudan, the budget was passed and subsequently presented to the AU permanent representatives subcommittee on Budgetary Affairs for consideration before presenting to the executive council for approval in compliance with the African Union Financial Rules and Regulations Article 11 (3).

Uganda's Kabula County MP James Kakooza argued that despite the challenges the PAP is going to face with the budget cuts, PAP also needs to improve its financial and management practice as seen from various reports on the institution.

However, all hope is not lost as the AU subcommittee on Budgetary Affairs allows for AU organs and departments to request for supplementary budgets based on compliance with the submission of periodic performance reports as well as acceptable budget execution rates.

With this possibility of addressing the financing gaps, a top-level delegation from the PAP is scheduled to travel to Addis Ababa in Ethiopia in November to meet the subcommittee and hammer out a deal that stays the budget.

PAP experienced an earlier funding shortfall when its proposed European Commission partner funded programme budget for 2020 of $1 million for the new African Governance Architecture (AGA) was cut by nearly half to $575,000 so as to remain within the overall budget ceiling provided as well as comply with the requirement to reduce dependence on external funding for programs.

0 #1 kabayekka 2019-10-15 07:41
This is a leadership institution that seems to be learning the hard way about modern austerity budgets.

If your institution is not producing any modern product for a commercial market where are you going to keep getting good money to spend so that you can live a high class lifestyle.

It is unfortunate that Pan Africanism as any other political ambition is about making money and lots of it. These institutions should be having some of their workers as African volunteers with a minimum allowance.
Report to administrator