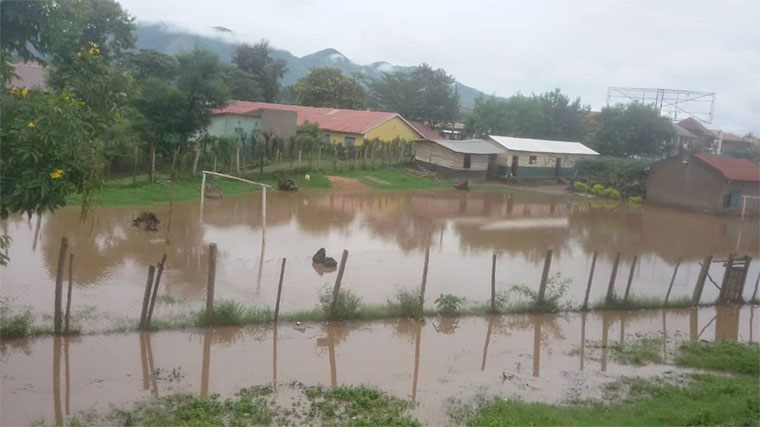 The landslides were a result of the heavy downpour

They died after a rock hit the house they were sleeping in. Nyamutidi Baluku, a neighbour says that it was not easy to save the children because they were trapped in the rubble. Mahango is prone to disasters. Since 2011 to date, the area has registered at least eleven cases.

In 2011, five children were killed in Mahango by another mudslide at the home of Kambale Mulemba in Mahango village. The extent of damage caused by the heavy downpour in Mahango and other parts of the district us yet to be established.

According to the weather forecast by Uganda National Metrological Authority issued on 4th September 2019, western Uganda would experience peak rains in October.

Kasese has previously suffered extreme weather conditions ranging from floods, landslides to storm winds. The cessation of this season's rains is expected around mid/late December. Overall, above normal rainfall is expected over this region.

-1 #1 Goodman 2019-10-14 16:52
Look at this situation here. This is what Muhozi Kainorugaba would come out and address other than issuing threats to the public.

Who does he think wants to live in a situation like this? These are what is forcing us to go on the streets and tell the first family to give power to those who can manage the country well.
Report to administrator