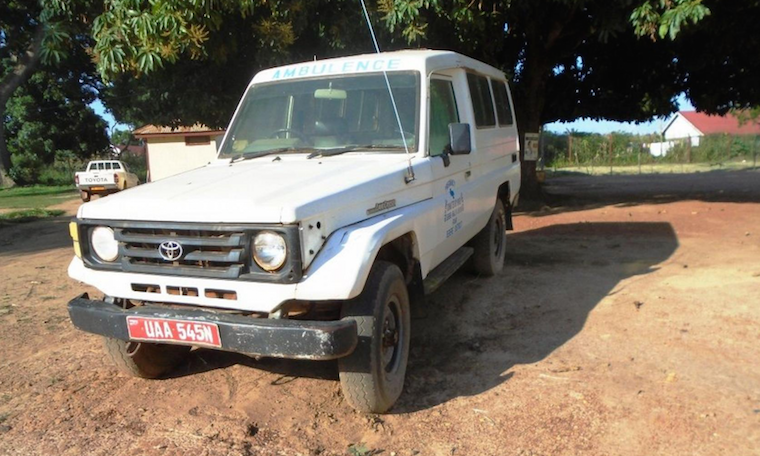 One of the grounded ambulances

Serere district is grappling with the provision of emergency services due to the absence of a functional ambulance.

Joseph Opit Okojo, the Serere district LC V chairperson, says the three ambulances donated by area members of parliament and one procured by the district are currently all grounded.

He says they are unable to repair the ambulances donated by MPs because they don’t have money or logbooks for the vehicles.

“When the ambulances for the members of parliament break down, I see them parked in Serere and Soroti and the district has no authority over the four ambulances owned by MPs,” Opit explained.

He says the official district ambulance that was passed on to Serere by Soroti district in 2002 is too old and is now parked at Serere health centre IV. Opit says it is very expensive to repair and maintain the grounded ambulance because it is very old.

He explains that the district receives just Shs 7 each quarter which can’t finance the repair of the grounded ambulances. Geoffrey Okiswa, the Serere resident district commissioner, says the absence of a functional ambulance raises a big gap in service delivery.

Daniel Opio, a patient attendant at Serere hospital told our reporter that patients referred to Soroti Hospital have to foot their own transport bill.

Any patient would die riding in such a junk on the way to the hospital.

The healthcare system in Museveni's Uganda is completely rotten.
Report to administrator
-1 #2 rubangakene 2019-10-10 21:24
Now what do you want us to do, eh? Give you other new ambulances on a plate, just like that. guys have to be creative and use your own initiative to solve your own problems.

I understand that these ambulances have been used to transport more "marua ingredients" than patients. (Evidence: most ambulances in this area are normally seen parked at "Marua Joints").
Report to administrator
0 #3 Ronald 2019-10-11 09:06
The Problem is not for Serere alone. It is a national problem. We can always have the brand new government vehicles, the brand new Power dams, borrow to finance the brand new railways, buy new Airplanes, Build brand new roads, the question comes in - Can we sustain them?

We forget about the costs for maintenance. The economy is not so dynamic to sustain those costs.

We are not producers, but consumers. Districts, Authorities, Ministries, all have no income generating activities, they depend on the poor tax payers to finance each and everything. Museveni administration needs to think outside the box
Report to administrator
+1 #4 Lakwena 2019-10-11 09:19
The Toyota Land Cruiser above is a very durable and resilient machine. But our biggest African problems are: taking things for granted, lack love/care, maintenance and naked abuse of public properties.

In other words, if the ambulance above was operating in Japan/Europe e.g., it would still be treated as new on arrival in Uganda.

An ambulance is not a commuter taxi to breakdown that fast. E.g., if on a mission an ambulance does not carry more 5 people: the driver, the patient and 2-3 medical staff, which is far below the maximum tonnage it is suppose to haul.

But because the damn thing is abused by the drivers and their unethical bosses, to the extend of e.g. being used to ferry bricks and stolen cattle; it falls apart in less than 2 years.
Report to administrator