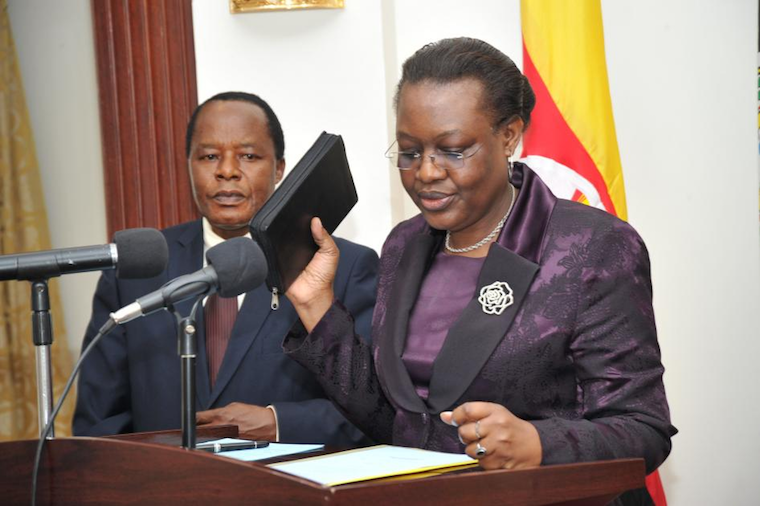 Justice Irene Mulyagonja’s seven-year tenure as the Inspector General of Government (IGG) is coming to an end after President Museveni appointed her to the Court of Appeal.

DERRICK KIYONGA looks back at the frustrations that prompted her to apply to go back to the bench. To the ordinary eye, Mulyagonja’s decision to ditch her job as government ombudsman and opt to join the Court of Appeal goes against logic.

But she is basically going back to where she belongs: the judiciary, where President Museveni tapped her from in 2012 while she was a High court judge at the Commercial division.

Months after taking office, the tough-talking Mulyagonja was eager to make her mark after replacing the much-maligned Raphael Baku. She got involved in the employment wrangle at Uganda Development Bank (UDB) but she ended up embarrassingly losing both at the Civil and Criminal courts.

They ran to the Civil division of the High court and accused Mulyagonja of being oppressive, irrational, vindictive and biased in her directives. In the end Justice Stephen Musota, who has since also been elevated to the Court of Appeal, quashed Mulyagonja’s move and faulted her for not following proper procedure.

“The actions of the IGG in this case amounted to procedural impropriety,”

Justice Musota ruled. “The applicants were given the impression that what was being investigated was different from what they were arrested for, that’s victimization…”

Ultimately, Ojangole’s most famous victory against Mulyagonja came at the Anti-Corruption court. Before Justice Musota could make his ruling in the aforementioned case, the IGG slapped Ojangole with corruption charges. The IGG claimed that Ojangole had flouted various processes and proceedings that culminated into her appointment to the position of CEO of the bank on November, 30, 2012.

In 2014, Justice Lawrence Gidudu, the head of the Anti-Corruption court not only dismissed the case for lack of evidence but also noted that in his career as a judicial officer, he had never come across a case like this in which evidence adduced supports the accused.

“I hope this would be the first and last time I come across such a case,” an astonished Gidudu said while dismissing the IGG case.

Still in 2014, Mulyagonja was to suffer another humiliating defeat in Musota’s court. The IGG had applied to join the Attorney General as a co-respondent in the case in which retrenched staff of the Internal Security Organization (ISO) were demanding Shs 29 billion from government.

Initially, the state had paid them Shs 10bn out of a total of Shs 39bn as terminal benefits. However, Mulyagonja intervened and halted further payments following a petition by a whistleblower. But in Musota’s court, Mulyagonja couldn’t have her way; the application was thrown out on grounds that the inspectorate doesn’t enjoy statutory corporate status: to sue or to be sued.

Publicly, Mulyagonja tried to portray the criminal trial of the Mukono/Katosi suspects as a success but in reality, she secured only three convictions out of the seven individuals whom she had accused of having a hand in the botched Mukono-Katosi road contract in which she claimed the taxpayer had lost about Shs 24 billion.

Those who were nailed by Mulyagonjas were Joe Ssemugooma, the former acting director for finance and administration at Uganda National Roads Authority (Unra), Apolo Senkeeto, who introduced himself as Eutaw Construction Company’s country representative and Wilberforce Senjako, the former Unra regional accountant.

However, these were considered to be small fish. Court acquitted the big fish such as Abraham Byandala, the former minister of Works and Transport, Berunado Ssebbugga Kimeze, the former executive director of Unra, Isaac Mugote, a former Housing Finance Bank employee and Marvin Baryaruha, the former Unra legal counsel.

In setting them free, Gidudu blamed Mulyagonja for botching up the case. He unleashed several veiled barbs at the IGG, which ranged from failing to produce relevant witnesses, misconceiving the law and ending up slapping charges which couldn’t be sustained or drafting an incurable defective charge sheet which couldn’t help the government ombudsman secure a conviction.

One of the charges that crumbled like a cookie was that of causing financial loss of Shs 24 billion. In his analysis, the judge said the charge was a nonstarter since the IGG didn’t establish ‘actual loss.’

“The charge sheet claims the accused caused financial loss of Shs 24 billion,” Justice Gidudu said, “yet evidence has been tabled showing that the road had been partially constructed by the time the IGG stopped the works. So, it’s not just a matter of saying that there was financial loss, the IGG ought to have carried out audits.”

He added: “Actual loss must be quantified and stated, loss is not about speculations, evidence must be stated to quantify loss; so, financial loss hasn’t been proven.”

According to the judge, when the IGG chased away whoever she found at the site without first doing an audit of the works that had been done, it showed lack of smartness.

“You can’t just do things out of emotions,” the judge went on, “you have to be smart.”

From then on, she started treading carefully, especially on big wigs in government, who often outwitted her maneuvers with court orders and injunctions. She was being beaten at her own game. 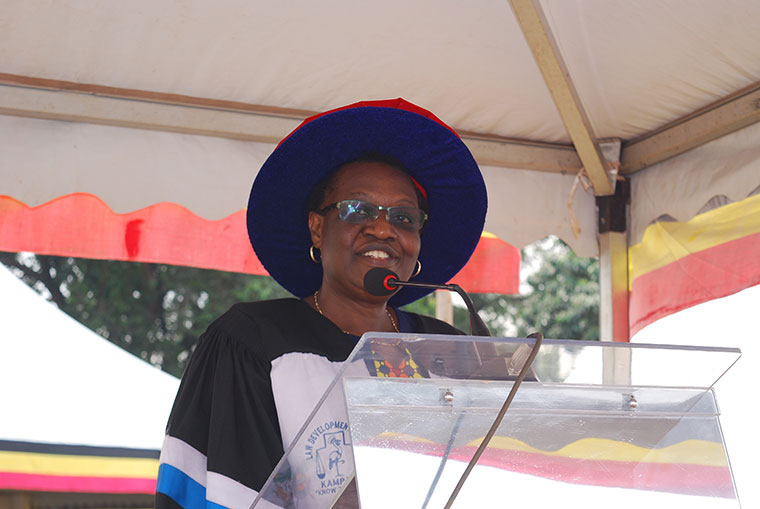 With convictions in court not coming as she wished, President Museveni is said to have grown impatient, often castigating the inspectorate for incompetence. In a move that effectively watered down Mulyagonja’s role, the President turned to his informal structures and appointed his former personal assistant Lt Col Edith Nakalema as the head of the newly-formed State House AntCorruption Unit, at the end of 2018.

Museveni explained the rationale for creation of Nakalema’s unit while at the same time directly accusing the inspectorate of government of being corrupt.

“When people start complaining about a watchman, then you have to hire another watchman to watch over that watchman and that is why I started and set up units in the President’s office to watch over the IGG,” he said.

Sources say Museveni’s move to appoint Nakelema and subsequently undercut Mulyangonja was prompted by the public spat the IGG had with Bank of Uganda governor Emmanuel Tumusiime-Mutebile in early 2018. Mutebile and Mulyagonja rumbled over staff changes that Muteblie had effected at the Central bank.

The overhaul by Mutebile affected 13 directors, 24 assistant directors and four lower level staff. This prompted staff to petition Mulyagonja to shine a light on the technical mechanisms that shaped the Mutebile decision.

But still critics say that Museveni’s decision to ditch Mulyagonja wasn’t just because of the rumblings she had with Mutebile. It is at this point that Mulyagonja woke up to the fact that not only had she become a bystander, she was also no longer needed.

She didn’t wait to be pushed and when the opportunity arose to join the Court of Appeal, she straightaway applied to rejoin the judiciary and her name came out last year among those who had applied for vacancies.

Since then, she took a back seat as Nakalema hogged the limelight. Though the legal mandate of Nakalema’s unit remains unclear and it is under contest in court, that didn’t stop her from outshining Mulyagonja with her unconventional raids and media parades of corruption suspects.

Incidentally, no convictions have so far been attained as a result of these arrests. And now that Mulyagonja is set to return to the bench, it is a position where she has job security on top of being in control of her work.

You see, you can't win when the appointing authorities and most of the senior government employees are corrupt. It is a question of whether a goat can successfully investigate a hyena and put the same behind bars. "FIISI IKIWA HAKIMU, MBUZI YOTE HAWANA NA HAKI!"
Report to administrator