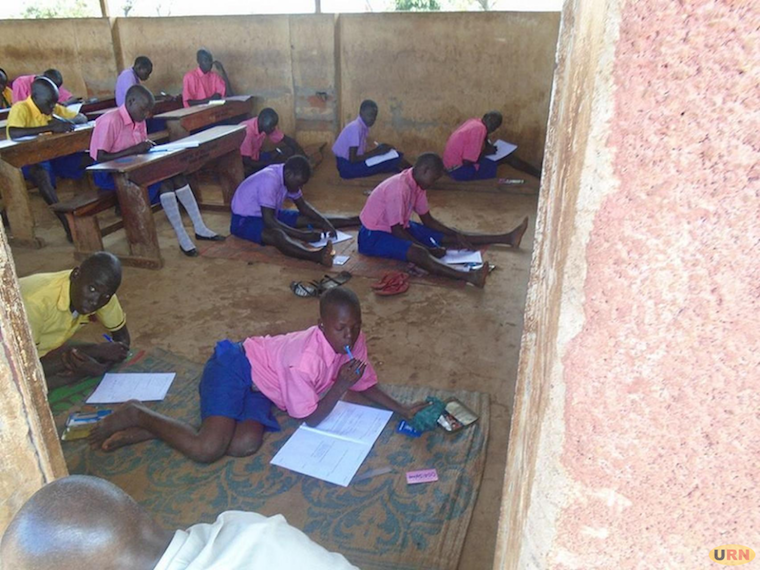 With a just a month away to the Primary Leaving Examinations (PLE), the Uganda National Examinations Board (Uneb) has stepped up efforts to sensitize school authorities against examination malpractice.

The vice, which has increasingly become part and parcel of Uganda’s education system, is attributed to various factors including the commercialization of the education sector. This has resulted into stiff competition between schools, desire for parents to have their children in the best schools, piled pressure on teachers and school administrators to produce results among others.

Stories of extreme examination malpractice in last year’s PLE generated questions on the credibility of the examinations body. As a result, Uneb is emphasizing the importance of inspectors of schools as a key pillar in the fight against examination malpractice especially through sensitization of all stakeholders and recommending field officers of integrity ahead of the next round of national exams.

URN caught up with some inspectors of schools on the most common and bizarre forms of cheating in schools they have encountered. Olivia Bulya, the inspector of schools in Mukono Municipality, says social media as a vibrant communication channel has been largely used to circulate examination papers and questions across the country to learners.

She says the perpetrators of examination malpractices have changed tactics because they know it is a criminal act.

“Of course it is difficult to know because they can hide. And they can do it at night. But what I have heard, there is Whatsapp! They have sent out the examination paper on Whatsapp and this person spreads it in the entire district. I cannot tell how they get it. As an inspector, you are waiting and observing strictly the formal procedures to ensure the papers are not cheated but you hear people saying they had it on WhatsApp,” Bulya explained.

Adding that “For Whatsapp, I think Uneb should find out where it is coming from because the last time for my people it was WhatsApp, they got some exams on WhatsApp and it was almost everywhere and I can’t tell how they got it. But Uneb should tell us.”  Bulya also argues that some schools with strong financial muscles tend to pay off invigilators to help their candidates by writing answers on chalkboards.

"The invigilators may be corrupted with money. You know the invigilator is given like Shs 25,000. This person comes in and gives him Shs 200,000 or Shs 100,000. It becomes a better option for him or herself because she is talking in or more money than what Uneb is giving they let the school do the cheating on chalkboards sometimes by keeping a distance." she said.

According to Bulya, some schools have hidden examination rooms, which make it easy for them to cheat. She says while Uneb recommends schools to have their gates open during the examination period, but many schools don’t.

DL Okello, the Dokolo district inspector of schools in northern Uganda, says his district hasn’t registered any cases of examination malpractices.  He, however, says that in his eight years’ experience as a school inspector, he has in the past seven children who write on their thighs, chest and under the feet during examinations.

He says others collude with colleagues and sit parallel especially in the examination room so as to keep exchanging answers while others he says keep their books in toilets and consult mid-way the exam when they ask for permission to ease themselves.

Rose Nabukenya Mukasa, the Uneb principal examination officer, says the board has registered cases previously where invigilators were threatened with murder if they didn’t cooperate with schools.

“Threatening violence against Uneb officials is still happening. Last year, somebody was threatened to be thrown in a lake somewhere where they were on an island if they don’t comply,” Nabukenya discloses.

Daniel Odongo, the Uneb executive secretary, says cheating for candidates isn’t only criminal but also works against the moral fabric of Ugandan society.

“Some head teacher in a secondary school in one of the districts in western Uganda told me he was transferred to that school in second term. When it came to third term, the students didn’t seem to be very serious. And when he inquired, they told him, you see, these children are waiting to be assisted,” Odongo disclosed.

Adding that “When you find that even at that level, children want to be helped to pass, they will continue like that, and then you are going to have a very bad society. People who are going to be where they are not because they should be there but they cheated their way! I don’t think that is the kind of society we deserve as Ugandans, No!”

Odongo says about 57,000 people including scouts, invigilators; supervisors will be used in the management of the 2019 PLE.

No wonder the education ministry is run by a former kindergarten teacher/babysitter.
Report to administrator