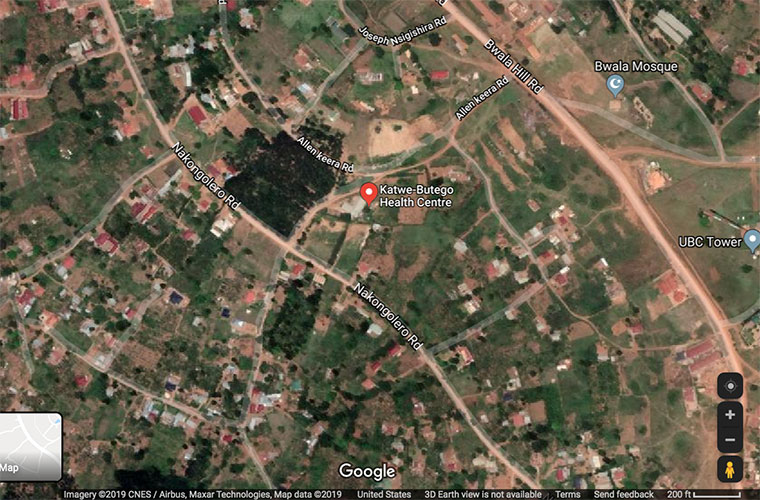 Vice president Edward Kiwanuka Ssekandi has issued an eviction notice to Masaka regional referral hospital to vacate what he claims to be his building within 30 days. The contested building is located on Plot 2 Bainnes Terrace, Kizungu in Katwe /Butego division in Masaka municipality.

A source at the hospital told URN that they recently received a notice from Ssekandi & Co. Advocates acting on behalf of Ssekandi instructing them to vacate the building immediately.

“Our client was entered on the register on 28th October, 2010, a copy of the certificate of the title is herewith attached” the notice partly reads.

The notice that is copied to the village chairperson and officer in charge of Criminal Investigations Department at Masaka central police station, says their client has failed to obtain vacant possession of the house because of the continued stay by medical workers.

The disputed building, which is said to have been built in the early 1990s, currently hosts intern doctors attached to Masaka hospital. Dr Nathan Onyachi, the director Masaka hospital, says he received information after assuming office in 2018 that someone was claiming ownership of the building but didn’t take it seriously.

He says the hospital acquired the piece of land hosting the contested building in 1995, adding that they have already petitioned the Justice Catherine Bamugemereire led Land Commission to investigate Ssekandi’s claims. According to Dr Onyachi, despite being served with an eviction notice, they will not leave the contested building until the commission pronounces itself on the matter.

Dan Mulondo, a councillor at Masaka Municipal Council faults the former Masaka District Land Board members for dubious land transactions, which he says could have affected the hospital house. He says that a big number of public land and open spaces in the municipality were allocated to private developers.

He says the council has already asked the solicitor general to intervene and help the council reclaim the lost public land and open spaces. Ali Mubiru, a resident of Kizungu has asked Ssekandi not to evict the health workers from the contested building, saying it may affect service delivery to residents since they will have to look for alternative accommodation away from the hospital.

The heading is therefore misleading. However, my problem is how Sekandi was entered on the register on 28th October, 2010 yet the hospital was using the facility much earlier than that date, I think Masaka hospital should have been given first priority as sitting tenant but this being Uganda, anything is possible
Report to administrator
+1 #2 Kelly 2019-10-01 13:03
Let’s for argument’s sake assume that the building belongs to Edward Ssekandi ESq (forget about how and when he acquired the building, how much it cost him & whether he out rightly purchased or constructed).

Let us also assume that the VP indeed needs this building (for whatever reasons, as long as it is his he can as well keep ghosts and spirits of the relatives in it).

Now picture this scenario. The No. 2 citizen (that is how the constitution dictates) of a certain banana republic that can hardly pay a bare minimum living wage to its health professionals, leave alone offer a conducive environment for work, is up in arms to undress a rural hospital 132 kms away from the capital, hence deprive the peasants of any semblance of attendance by medical interns,

When I hear that Robert Gabriel Mugabe was buried in a steel cased coffin and under layers of concrete in his grave, I wonder whether the VP ever thinks of the common denominator-death???
Report to administrator
+1 #3 rubangakene 2019-10-01 23:01
What is wrong with this man; a whole Vice President trying to kick away doctors from a house; where will they go.

What will they say to patients who are the Vice President's constituents, eh?

How about we the tax payers "kick" him out of the government house he is occupying? Anyway what does this man really do in government apart from being a token to appease the Baganda?
Report to administrator
0 #4 Lakwena 2019-10-03 08:55
In other words even physiologically, greed makes a person not only morally ugly but also physically ugly and devilish. For what does it benefit a man if he owns the whole world but loses his soul?

For Heaven and Hell's sake, what more does Hon Sekandi wants in the eve of his life (advanced age)?

It would have been the greatest News, if the headline had read, "Sekandi donates his property on Plot 2 Bainnes Terrace, Kizungu in Katwe /Butego to Masaka Referral Hospital".

Does giving back to the people mean anything to our politicians who have sucked our blood up to its source, the bone marrow?
Report to administrator