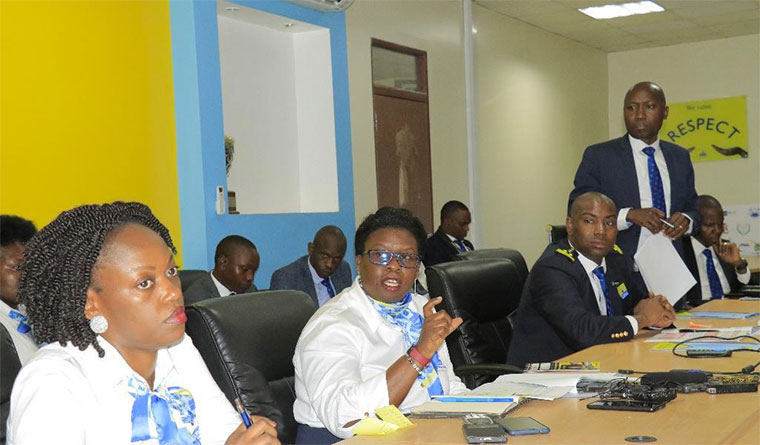 According to the ministry of Finance filings for the month, collections in August were below target by Shs 149 billion. Overall, URA collected Shs 1.4 trillion in August, out of which Shs 1.3 trillion was tax revenues.

All tax heads - corporation taxes, PAYE, value-added taxes and import taxes registered a shortfall. This is an indicator that the economy has not picked up as the financial year 2019/20 has just started. Government's spending during the month was also below target which means many businesses that depend on government to make money by supplying it were not able to do so.

International taxes had a shortfall of Shs 70.62 billion, the biggest of all. This is because of the lower imports than had been projected. Domestic direct taxes registered a Shs 10.2bn shortfall, mainly because of lower collections on rental income and corporation taxes during the month.

Non-tax-revenue was also below target. URA collected Shs 88 billion against the Shs 143 billion target for August. URA is expected to collect Shs 20 trillion in the 2019/20 financial year. Government will run a budget of Shs 40.1tn. If tax collections continue to perform poorly, it means that the government will be compelled to borrow more domestically to fund budget needs.

+1 #1 Miki 2019-09-19 17:37
URA has been increasingly making it harder for Ugandans in the import business, and listen to this even for Ugandans living abroad who are repartriating monney through instment imports to Ugana.

They do this by coming up with arbitrary and exhorbitant rates, hold the imports for long periods in those so called bonded ware houses owned by govt officials and their foreign partners, making people pay sorage charges which in some cases are almost double the value of the goods. Who needs this nonsense.

The importers have voted with their purses. Now go raise this money from empooza from the so many markets M. Museni has championed.
Report to administrator
0 #2 kabayekka 2019-09-19 18:22
This is an African institution that has convinced itself that the more it collects revenue for the government, the better the government will be to provide services.

That is why it seems it is the habit of putting up impossible targets of revenue collection for itself. While on the other side, the tax payer is not at all convinced.

Any responsible tax payer wants to pay his tax responsibilities with the hope that public service in this country will improve greatly not only for his or her business to flourish but for the other foreign competitors to do the same.

There are clearly very many foreign rich companies that are exonerated from paying a single shilling in tax to this country.
Report to administrator
0 #3 kabayekka 2019-09-19 18:33
What one would expect is that all these foreign companies come over and invest all their money and at the end of a five or ten years period, these companies come out with a good report of their economic development and then demand a tax rebate as they try to hand over their franchise to the country's business communities.

Business entities want to pay taxes if they observe that their money is benefiting the various communities in this country.
Report to administrator
+1 #4 Miki 2019-09-19 18:36
Like everything else in uganda, URA policy has been hijacked and subverted by a few individuals to serve their own interests.

The so called bonded ware houses are actually enclosed bisakate where importers" goods are left in the open to the elements, while one is pleading with individaul URA people( many of whom seem to be from one area of uganda).

One is charged by the day, in dollars so that at the end of it all half of what you imported is damaged by the elements. Who would be so crazy to continue like that??
Report to administrator
0 #5 kabayekka 2019-09-19 18:42
Supposing a business company comes along with 10 medium sized aeroplanes or to improve on the railways in engineering, tax will automatically be paid every other year as business gets along.