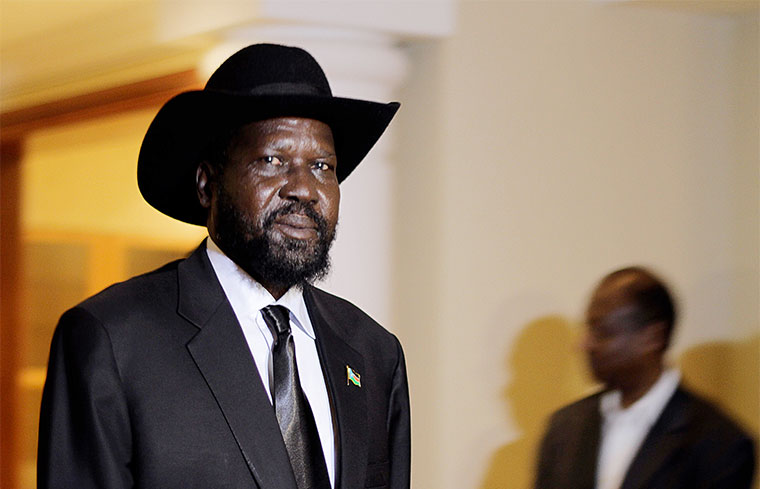 U.S. ambassador to South Sudan Thomas Hushek said it will take time for the international community to regain their trust in the South Sudan government because the Kiir administration still lacks transparency in managing the country's resources, including oil.

"We the international community, I can't speak on behalf of the United States, but we have had a hard time trusting the government for the last several years, and it is a very hard thing to overcome. Trust is one of the ingredients when it comes to fragility in relations or in a country. But it is hard to take those first steps," Hushek said.

Hushek made the remarks Saturday during a public lecture entitled Institutional Readiness to Implement the Revitalized Agreement.

Speaking at the same event, Labour minister James Hoth Mai said the international community lost trust in the South Sudan government because financial donations made to the country have not been used for their intended purpose.

"They are really pouring in a lot of money into helping us here, whether in terms of humanitarian and capacity building before, and they have not seen tangible results," Hoth told VOA.

In the future, Hoth said, South Sudan must channel whatever funds it receives from the international community into developing the country.  In 2012, President Salva Kiir wrote a letter to unidentified government officials asking them to return $4 billion of public funds which the officials allegedly embezzled and deposited into bank accounts outside the country.

Hushek said the government must be transparent in managing its oil revenues if it wants to regain the trust of international donors.

"We spent a lot of time pressing the government to create transparency and better management of petroleum sector earnings. We are looking to the government to give them [citizens] things from the petroleum dollar to the demand that the money belongs to them," he said.

Hoth noted the revitalized peace deal provides mechanisms for reforming government institutions ahead of the deadline to form a transitional government in November. He called on the international community not to abandon South Sudan.

"If they come to help us and rescue us, it is very important. Even with the peace agreement, we need very strong institutions to put into practice the terms of the agreement," Hoth told South Sudan in Focus.

Despite the lack of transparency in South Sudan's government, Hushek vowed that the United States will continue to provide humanitarian assistance and fund projects to promote resilience in South Sudanese communities.

0 #1 Mubiru 2019-09-17 18:28
This ambassador is talking trash. Why has this man not threatened Uganda where Americans' billions have been poured like water for numberless projects and simply eaten by Ugandan staff?.

These are the same Americans who keep on moaning about ( to cite just one example among thousand donations) ghost refugees imagined by the professional robbers of Uganda and yet continue to give more just to be stolen. .

Where is the transparency the man is complaining about in Sudan. These are chameleons who change colours to suit there empty platitudes. Leave the South Sudan alone. Its no different from your favourite Uganda.
Report to administrator
0 #2 WADADA roger 2019-09-17 19:55
What do you expect of South Sudanese's leadership, their role model is Uganda and guess what, corruption in Uganda is part of our anthem, we lay our future not in they hands but in the hands of those in authority
Report to administrator
0 #3 rubangakene 2019-09-17 21:18
Salva Kiir should first sell his houses in Nairobi and return the money he has abroad.

Secondly it is Ugandans who have to foot the bill to take care of a million Sudanese refugees.
Report to administrator
+1 #4 Lysol 2019-09-17 21:27
That silly hat wearer should just quit and stop to listen to his other silly hat wearer companion/ mentor.

There will not be a lasting peace in S.S if the duo are still in bed together. One Machar should always watch his back and not be gullible;they will get rid of him eventually.
Report to administrator