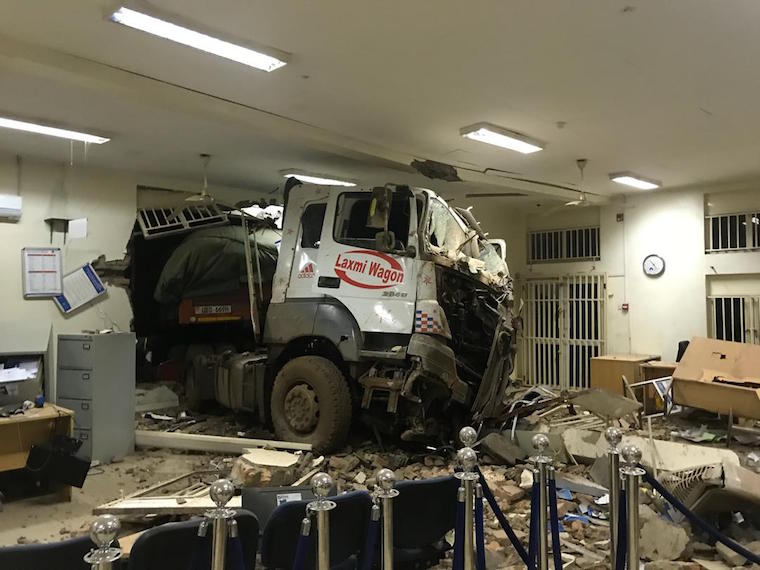 A trailer rammed into the Centenary bank branch in Bugiri, destroying part of the building and several office furniture.

The accident occurred at around 4 am today morning, when the trailer registration number UBD 091C/UBD 669H lost control and rammed into the building located on Grant street, along the Iganga-Tororo highway.

It destroyed the waiting area, cash tills, and the manager's office. A bank employee who spoke on condition of anonymity says that there were no human casualties.

"Although it occurred early when some of the bank staff like cleaners and guards are around, none of them was injured, but we only suffered damage to physical property," he says. 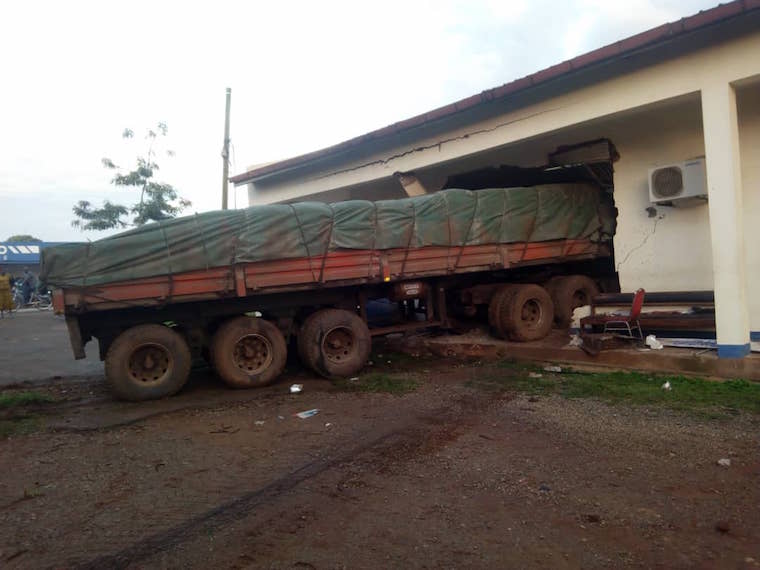 "The incident did not cause harm to any of our customers, or staff as the bank was closed. All our personnel are safe and accounted for including the security team on duty at the branch at the time," the bank said in a statement signed by Beatrice Lugalambi, the general manager corporate communications and marketing.

It is said that the trailer was transporting cement from Tororo district when the accident occurred. James Mubi, the Busoga East police spokesperson says that a driver whose identities have been withheld was arrested at around 9 am to aid investigations into the cause of the accident. According to Mubi, the driver is being probed for drunken driving and over speeding.

As a result of the accident, Centenary bank has advised it's customers in Bugiri to access services through alternative channels including CenteMobile, AgentBanking, CenteVoucher, Online banking and CenteVisa. Some of the CenteAgents are already stationed at the branch to offer service.

As it is, the carnage to persons and properties continues unabated and the politicians hope it will sort itself out eventually. Miracles do happen but for good reasons!
Report to administrator
0 #2 WADADA roger 2019-09-17 00:07
Surely this is an accident, we cant blame it on mafias, may be poor mechanical condition of the truck, brake failure, fatigue on the part of the drivers or reckless driving.

But what is it these days with bus and truck drivers, are they bewitched or something?
Report to administrator