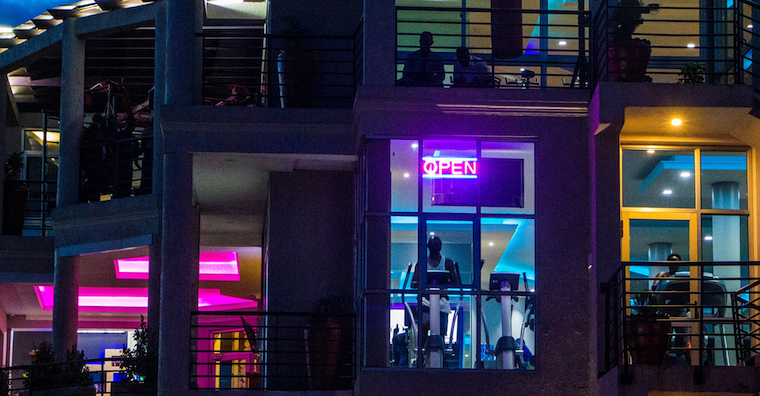 At least five people sustained injuries on Sunday evening following an explosion at Marco's Gym and Spa located next to Quality Supermarket along the Naalya-Namugongo road in Kyaliwajjala, Wakiso district.

Kampala Metropolitan Police spokesman Patrick Onyango says that preliminary investigations show that the explosion was caused by excessive heating of the steambath boiler. It is equally suspected that the control valve in the boiler could have been faulty.

The gas escaped from the sealed metallic container causing a mechanical explosion, which damaged buildings within the vicinity. The victims were evacuated and the scene of crime cordoned off,” said Onyango.

The manager of Marco's - only identified as Mercy says there were no customers in the sauna at the time of the explosion. She says that the victims were employees of the spa, who were all taken to different clinics with minor injuries.

Paul Tumusiime, a security guard at one of the neighbouring buildings says there was intensive shaking which lasted for some minutes before the actual explosion.

"It was like an earthquake and afterwards it exploded like a bomb. In the next few minutes people hurried to get out of all the neighbouring buildings,” Tumusiime said.

Tumusiime added that those who were in the affected building also ran for their lives as many were shouting causing a scene, which paralyzed transport on the already jammed road. In 2011, a similar incident happened at a health club in Ntinda when a cylinder exploded leaving eight people with serious injuries.

In other words, the copycat curiosity of the West lifestyle will eventually kill/finish us all.

Otherwise, because of the thickening of the blood due to extreme cold; Sauna is only suitable in the frigid/temperate countries, where blood circulation can easily come to a standstill.

And because e.g., it is not possible to move in a sauna during Winter, alcohol/liquor and tobacco consumption in countries like Russia is very high. In other words liquor helps thin the blood.

if you so desperately need a 50degree sauna temperature feel, all you need is a 30 minutes in a midday/afternoon traffic jam, with windows rolled up.

Free of charge, except the time and fuel in your tank. You will sweat more than a pig, you go home and take a cold shower.