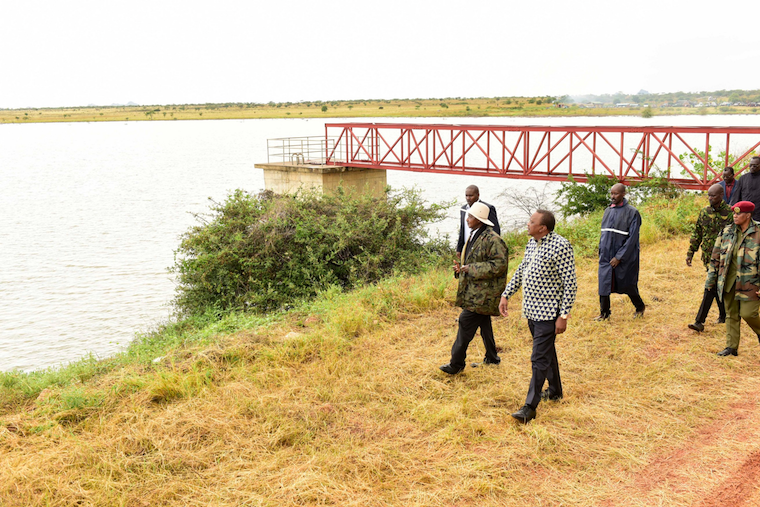 Uganda President, Yoweri Museveni and his Kenyan counterpart, Uhuru Kenyatta have signed a Memorandum of Understanding (MoU) on a joint cross-border integrated programme for sustainable peace and social-economic transformation for Turkana, West Pokot and Karamoja.

The two leaders signed the MoU in northern Uganda in Moroto on Thursday evening. The move to sign the MoU started on August 31, 2018, in Nairobi and a number of meetings have been held by technical and political leaders in collaboration with UN country teams, IGAD and development partners.

The meetings recommended the development of the MoU and framework aimed at economically empowering the local communities through a mix of social-economic transformative programmes. Through the MoU both communities on the Kenya and Ugandan sides can now harness opportunities for better cooperation, close coordination and peaceful coexistence.

The initiative is also envisaged to bridge isolation gaps and improve livelihoods and socio-economic conditions for sustainable peace and development.

Eugene Wamalwa, Kenya’s cabinet secretary of devolution, says the MoU is going to facilitate peaceful coexistence between the pastoral communities across border.

The Karamoja Affairs minister, John Byabagambi, says the peace agreement is an aid to the realization of Sustainable Development Goals (SDGs) across the two counties. The MoU has already facilitated procurement of vehicles especially for security, ambulances and solar panels for the communities across the borders.

Karamoja, Turkana, and West Pokot rate among the underdeveloped sub-regions in Uganda and Kenya amid vast resources especially minerals. Tribes from both countries have also engaged in cattle rustlings against each other.

In Turkana and West Pokot, the Kenya National Bureau of Statistics puts the regions at 68.4% of the population below the poverty line, compared to a national average of 36.1% (KIBHS, 2016.)

The report also indicates that many households in the region suffer from low availability and access to food and water resources; resulting in high levels of chronic and acute food insecurity and malnutrition.

Both regions are characterized with low literacy and high dependency levels.

The Turukanas and the Pokots have always crossed into Karamoja and raided their livestocks(cattle) at will even near the military or police barracks for many years since the colonial time.

One Amin was stationed there by Obote and he failed Even one colonial muzungu police officer was killed by the Turukanas(They are good fighters) M7 used his own wife to run Karamoja as if it was another country and she failed miserably.

M7 is playing the gullible Kenyatta because Turkana is now exporting oil. M7 should have tried to build his oil pipeline Northwards through Kenya. Now Tullow has dumped him and waiting him out of power.
Report to administrator