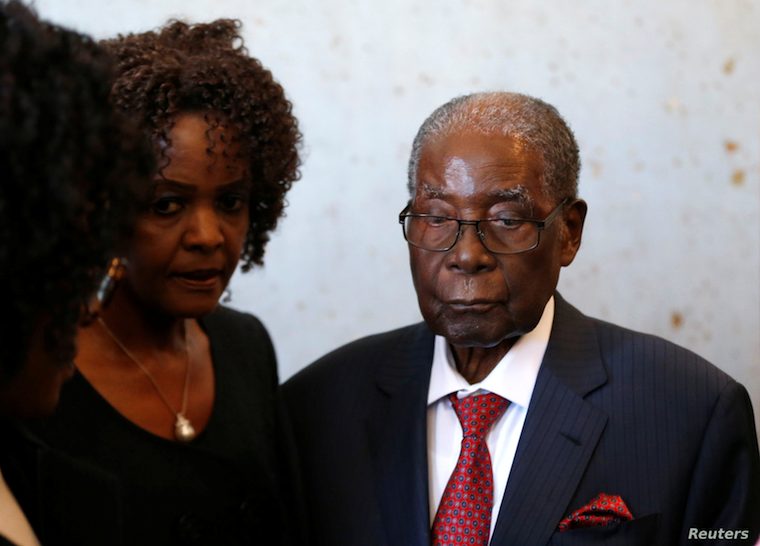 Robert Mugabe, the guerrilla leader who led Zimbabwe to independence in 1980 and ruled with an iron fist until his own army ended his almost four-decade rule, has died. He was 95.

Mugabe died in Singapore, where he has often received medical treatment in recent years, a source with direct knowledge of the matter told Reuters.

His death was confirmed by Zimbabwe President Emmerson Mnangagwa. On leading Zimbabwe to independence from Britain in 1980, Mugabe was feted as an African liberation hero and champion of racial reconciliation.

But later, many at home and abroad denounced him as a power-obsessed autocrat willing to unleash death squads, rig elections and trash the economy in the relentless pursuit of control.

Mugabe was forced to resign in November 2017 after an army coup. His resignation triggered wild celebrations across the country of 13 million. Mugabe denounced his removal as an “unconstitutional and humiliating” act of betrayal by his party and people, and it left him a broken man.

In November, Mnangagwa said Mugabe was no longer able to walk when he had been admitted to a hospital in Singapore, without saying what treatment Mugabe had been undergoing.

Officials often said he was being treated for a cataract, denying frequent private media reports that he had prostate cancer.

+1 #1 WADADA roger 2019-09-06 21:13
A true states man for only one reason, choosing to expel white imperialists from his country, indeed Zimbabwe is for Zimbabweans

As for dictatorship, i cant comment, i have never been to Zimbabwe
Report to administrator
+1 #2 Wainanchi 2019-09-08 12:27
Great loss for humanity and independence of small coutries.

Good bye Comrade Mugabe, your name is written with golden letters in the history of free world.

What a tragedy! Like a sadist, Mr. Mugabe literally killed Zimbabwe and Zimbabweans alike and only die far away.

What a great shame and humiliation to the Zimbabwean!

Ugandans must also begin to brace themselves over the death-abroad of their chest-thumbing African problem, non other than Mr. M7. It is a matter of guess wherefrom he will kick the bucket.

Maybe Germany, where his heart is because; that is where his grandchildren are born.
Report to administrator
0 #5 Lakwena 2019-09-09 11:02
Quoting Wainanchi:

Great loss for humanity and independence of small coutries.

Good bye Comrade Mugabe, your name is written with golden letters in the history of free world.

Thank you for your patriotism and Pan Africanism!

No Wainaichi! Mugabe's name is written in bloody and muddy letters, on the dung-heap of history.

And for also being on the wrong side of history; Mr. M7 will also have the same indelible bloody and muddy name on the dung-heap of history
Report to administrator
0 #6 rubangakene 2019-09-09 22:00
You just have to admire Mugabe for his courage to liberate Rhodesia. during the Lancaster House negotiations he was "deadlocked" in a marksmanship with Air Force General Walsh (lead spokesman for Rhodesia then, Ian Smith could not attend for fear o arrest; re: UDI- Unilateral Declaration of Independence from United Kingdom).

Enter President Nyerere who advised Mugabe to leave Lancaster House. He passed through Dar es Salam to Lusaka to set up into motion the last "pusch" from Umtata, (a column of 400,000 combatants) leaving a "corridor" to South Africa for the Selous scouts to escape unharmed; quiet a tactician.

He only went back to London when he was sure of victory, President Carter also sent the then Andrew Young and boxer Mohamed Ali to convince him to return to London.
Report to administrator