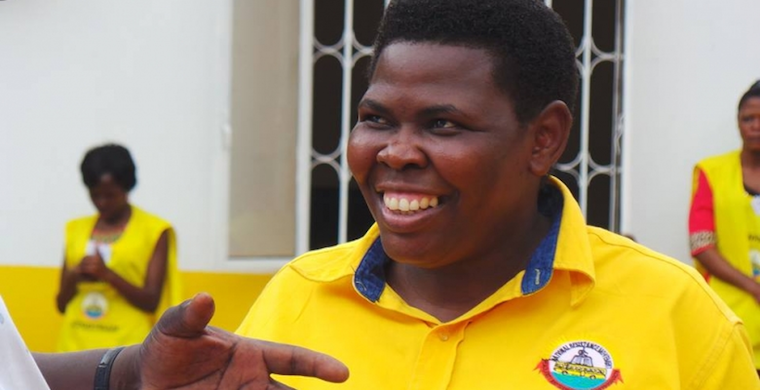 Three ‘mysterious fire breakouts’ in a space of two days have forced the former Nakaseke Woman MP also National Resistance Movement (NRM) party treasurer Rose Namayanja Nsereko to relocate from her Kasangati based home.
Namayanja says her survival instincts and advice from her friends compelled her to vacate the doomed house. At least three fire breakouts in a space of two days were reported at Namayanja’s home in Masooli village in Kasangati town council in Wakiso district.
Deputy Kampala Metropolitan Police spokesperson, Luke Owoyesigire said two suspects have been arrested but declined to reveal their identities for fear of jeopardizing police investigations.
“The actual cause of the fire is still unknown but investigating officers have already embarked on the investigations. We also believe that the arrested might have some information in regard to the incidents,” Owoyesigire said.

According to Owoyesigire, the first fire incident happened on Thursday evening when the annex housing a saloon and gym burnt to ashes. He says the second incident was recorded on Friday morning when the fire started in the main house in the sitting room but was put off.

He, however, says in the course of putting off this fire in the sitting room, another fire erupted from the quarters where the housemaid sleeps. Namayanja notes that the fire in the living room was spotted by her employees who helped to put it out despite the fact that it’s destroyed several properties.

In 34 years, starting with Mr. M7, maybe all the NRM members will go to HELL for destroying Uganda with now a poverty level of 86%.
Report to administrator
0 #2 WADADA roger 2019-09-02 07:54
Namayanja seems to be reading from a different script from what the police is saying, It appears she has already concluded that is is African chemistry at work
Report to administrator
+3 #3 WADADA roger 2019-09-02 07:58
I dont think the gods are not happy with her, running away from the house wont help, may the mysterious fire follow her and others of her calibre to wherever they go be it in a hotel, on a plane or office.
Report to administrator
+2 #4 Lakwena 2019-09-02 15:42
In other words, fire symbolizes hell.

In 34 years, starting with Mr. M7, for having destroyed Uganda with now a poverty level of 86%; maybe all the NRM members will go to HELL straight, not negotiable.
Report to administrator
+1 #5 Odongkara 2019-09-02 18:01
Is this the way police are to work? Why arrest suspects when the cause of the fire is "mysterious?

Police spokesperson, Luke Owoyesigire said "two suspects have been arrested and the actual cause of the fire is still unknown but investigating officers have already embarked on the investigations."

Very sloppy way of doing work!
Report to administrator
+1 #6 rubangakene 2019-09-02 22:52
"Yellow peril", that's my guess; you see psychologically, "yelllow" is not a very good colour, it is connected with bile, dysentry and is not very photogenic, therefore some people react to it negatively (nothing to do with NRM of course). Show me a restaurant that uses yellow tissues an
Report to administrator