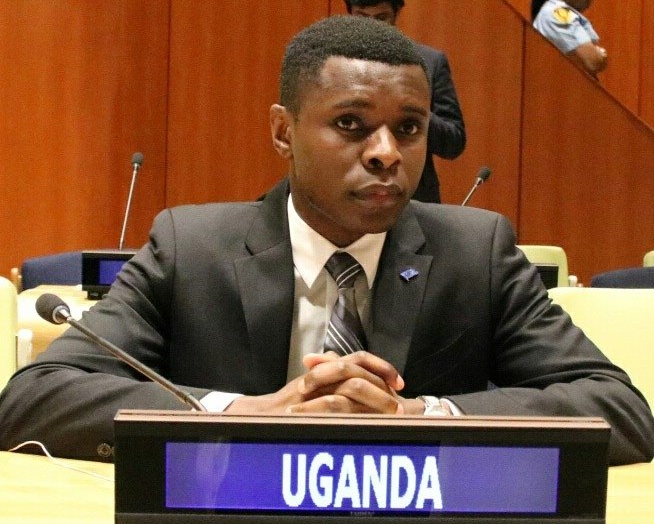 A Ugandan student at Harvard University has dragged the attorney general to court seeking a declaration that he was illegally blocked from microblogging and social networking site; Twitter by President Yoweri Museveni’s handlers.

He is suing the three leaders jointly in a suit filed through his acting recognized agent Male Mabirizi and seeking for a permanent injunction stopping the said government leaders from ever blocking him. Seguya says that the decision to block him was unreasonable and improper since he was never given notice.

The student of International Relations was blocked four months after openly telling Ghanaian President Nana Addo Akufo-Addo that he had wanted to exchange him with Uganda’s Museveni. The Ghanaian leader had just made a presentation on Pan-Africanism to a group of students at Harvard University in the United States. Seguya said he admires him so much to the extent that he wished he can replace Museveni due to his performance.
“I wish we could exchange you for our Ugandan president. He’s a dictator – Yoweri Museveni – he has been in power for 33 years and we are telling him enough is enough,” Seguya said.

It is not clear why the three leaders blocked him, months after the statements. However, Seguya contends blocking him infringes on his right against discrimination as enshrined in the constitution as well as his constitutional freedom of speech, expression, freedom of thought, conscience and belief.

The student alleges that he has been denied a right to participate in the affairs of the government and to participate in peaceful activities to influence the policies of the government which are guaranteed in the Ugandan constitution. He adds that blocking him tantamount to political persecution beyond what is acceptable and demonstrably justifiable in a free and democratic society.
Seguya says that the Twitter handles by the three government officials are used to disseminate information relating to the activities of their offices and to get feedback from citizens, and would probably benefit him and other members of the diaspora.

Mabirizi explains the gist of the suit.

"My relative Hillary Seguya, a student of Harvard University has sued the government of Uganda challenging the decision by Yoweri Museveni, Ofwono Opondo and Asan Kasingye to block him from their Twitter accounts. His claim is so simple, that those Twitter accounts are used by those government officials to disseminate public information. Now they are victimizing him because when the Ugandan president visited, Harvard University he requested for substitution of Museveni in Uganda because he said Museveni is a dictator."

The attorney general has been summoned to file his defence before the matter is allocated to the judge who will be fixing it for hearing.

-5 #1 Wainainchi 2019-08-27 10:27
Hahaha comment! Another imposter is entering into planned attacks on Uganda president and government.

I guess there is some scheme behind this imposter and soon like in case of Bobi Dog Dingo we shall see what the game is all about Imagine imposter from HARWARD university tapped all the wisdom of the world to challenge our Good Man,!! It makes me laugh and laugh.

Jahaha hehehehehahaha opppsaaa!!
Report to administrator
0 #2 kabayekka 2019-08-27 11:33
For heavens' sake let this country's treasury not get involved in this judiciary business as Uganda justice is being sought around the world.