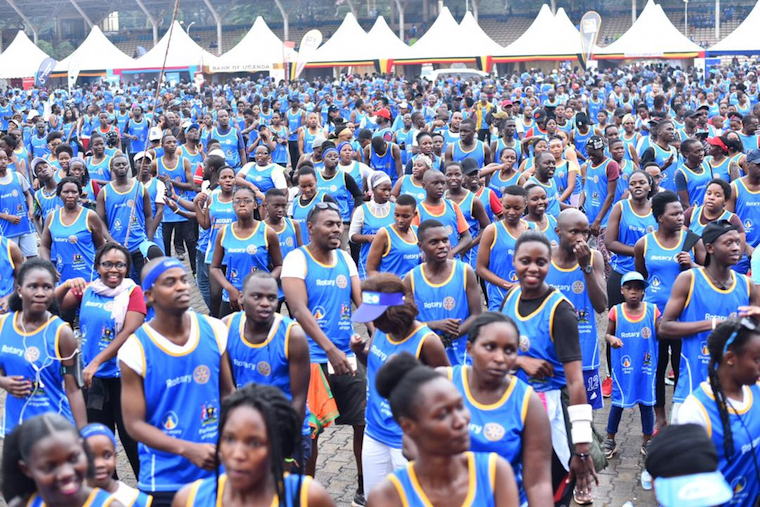 Some of the participants of the run

At least Shs 778 million has been collected from the 2019 Rotary Cancer Run.

The money will go towards the construction of a cancer specialist ward at Nsambya hospital as well as bunkers needed for the installation of linear accelerators at the facility by 2023.

According to Rotary’s past district governor Stephen Mwanje, the government needs $5 million (about Shs 18 billion) to put up a specialized facility where all types of cancers can be treated within the country as opposed to going abroad where it’s more expensive.

Mwanje said that for this year's run, the target was to collect Shs 1 billion, although short of the target, a respectable Shs 778 million has been collected countrywide from the regional runs. Participants in the run paid Shs 25,000 which was later used as part of the contribution in the fight against cancer.

The speaker of parliament Rebecca Kadaga urged people to continue participating in events meant to eliminate cancer. Kadaga also hailed members of parliament for contributing Shs 1 million each towards the cancer fight.

The run was also held across major towns across the country and five cities across the world. They included Pretoria, Moscow, Kigali, Mombasa, and Dubai. According to the Uganda Cancer Institute report of February 2019, at least 22,000 people succumbed to various cancers in 2018.