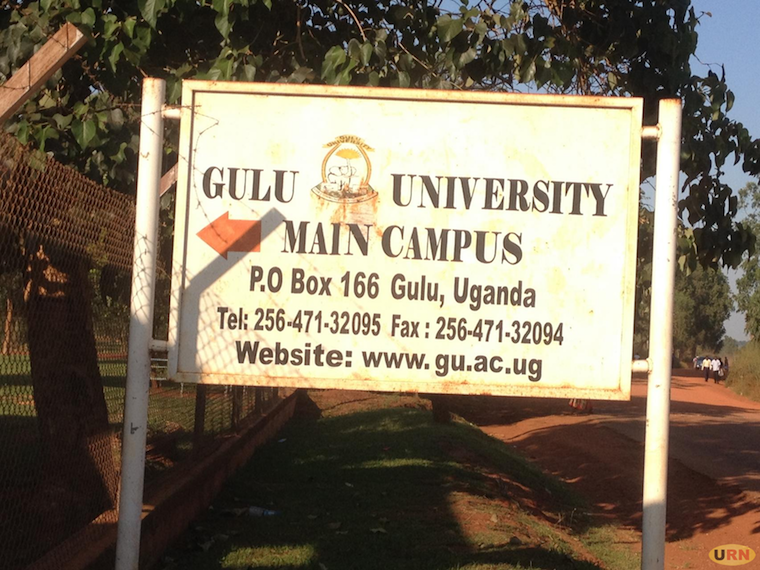 Staff representatives from the nine public universities are expected to meet President Yoweri Museveni to discuss their delayed salary enhancement.

Khalid Mahmoud, the deputy spokesperson Gulu University, says they received an invitation to meet the president at State House, Entebbe on Tuesday to discuss salary matters. Both teaching and non-teaching staff across public universities laid down their tools early this month so as to compel the government to fulfill the president’s directive to enhance their salaries.

Mahmoud, who, also doubles as the Gulu University Academic Staff Association (GUASA) chairperson, says each public university is expected to send four representatives for the meeting with the president. He says each university will be represented by two leaders from the Forum for Academic Staff of Public Universities (FASPU) and Public Universities Non-Teaching Staff Executive Forum (PUNTSEF).

He says after the Museveni meeting, they will meet on Wednesday to discuss the outcome of the State House meeting. Gulu University staff under their umbrella body Gulu University Staff Association (GUASA) and National Union of Educational Institution (NUEI) on August 1 went on an industrial strike.

Mahmoud says they will not call off the strike even when the first semester commences on August 12.

"Students can report to the university but we cannot take part in the orientation because we are not working. Only a few offices are receiving admissions, the health center is functioning and only heads of departments are active.’’ Mahmoud said during an interview.

In 2015, Museveni directed the enhancement of salaries of staff in public universities with a professor earning at least Shs 15 million each month from the current Shs 2 million.

The Finance, Planning and Economic Development ministry decided to phase the enhanced of the salaries over a period of five years ending in the financial year 2019/2020. However, the staff say the salary enhancement isn’t reflected in the salary structure for the 2019/2020 financial year issued by the ministry of Public Service.

Catherine Bitarakwate Musingwiire the Public Service permanent secretary issued a circular to vice-chancellors of public universities announcing that Shs 15 billion had been earmarked to pay the striking staff.

+2 #1 Lakwena 2019-08-13 09:30
This is one of the biggest leadership curse (vacuume) we have in this country: when the head of state becomes the Minster of Everything and Director of everything (jack of all trade)

That's where our backwardness is coming from: how 86% of the people of Ugandan became poor, and continue to do so.

In other words, because of his self-importance; when the president becomes the omniscient, omnipotent and omnipresent everybody folds his/her arms and watch until disaster strike.

Otherwise, if it were not because of insatiable greed and human indifference, there must be an organic way (formula) and means by which the national resources can be distributed and redistributed, to a minimum satisfaction of every citizen of this country.
Report to administrator
+1 #2 Jean 2019-08-13 14:34
In Simple terms... The He promised to deliver triplets and afterwards he is telling stories of a miscarriage !!!

And he expects every one to believe the lie !!! This time they are not sleeping as he had thought!!
Report to administrator
0 #3 kabayekka 2019-08-13 16:07
The public is certainly fed up with these so called professionals in this country. They put up their beds and when the time comes for them to lay on their dodgy beds they start to scream no!

Their salary enhancement in 2015 just after the 2016 national election was happily agreed on. It was the end of an expensive General Election that was stolen or rigged.

It cost the country about Shillings 400 billion. Now that a new Uganda General Election is approaching 2021 that might cost about 500 billion shillings, these professionals are coming out for another salary negotiation. Where do these professionals think government money comes from?
Report to administrator
+2 #4 Akao 2019-08-13 18:05
What a joke Uganda has become. A whole country manned by one man.

So we can imagine that M7' wife will sit in as the minister of education? M7 has become like a man with many wives with home scattered in the village, such that he has to run around solving problems in the homes.

It can't seriously be said that every problem in Uganda has to be managed by this mule, it doesn't happen like that in real countries of the world
Report to administrator
0 #5 rubangakene 2019-08-13 21:39
Too many universities bring down standards; you end up with so many unwarranted posts (a burden on tax-payers).

I keep reiterating that these regional universities are not well planned and therefor not fit for purpose. you see a good planning would have given us local higher colleges of appropriate technologies relevant for that region, in this case I would have thought a college of mechanised agriculture and veterinary studies in the Aswa Valley that would have produced hands-on students with the skills to work the land and care for cattle and so on.

Instead we have created "white elephants" all over Uganda, for what?
Report to administrator
+1 #6 Wazza 2019-08-13 21:39
This is called chronic messianic hubris.

Thinking you are too important and therefore no one can solve any problem but you..it is sickening!!
Report to administrator