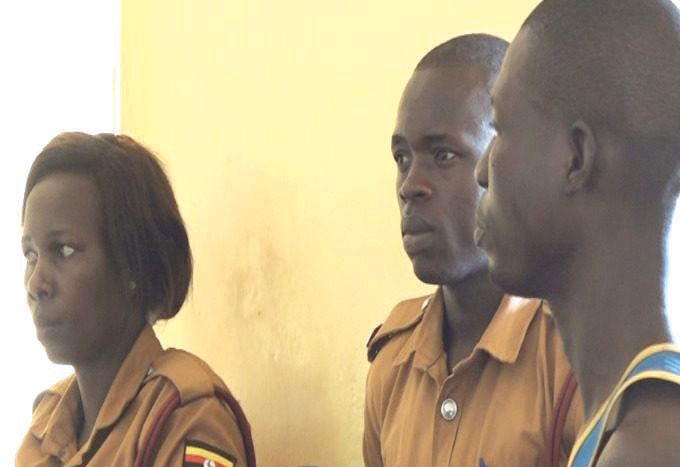 Interviews with some witnesses of the Monday, July 8, fatal shooting at Quality Shopping Village, Naalya, add new layers of detail and drama that stand in sharp contrast to the official police and family version of the unfortunate killing of Arnold Ainebyona Mugisha.

Some witnesses suggested the security guard Emmanuel Moses Angoria was insulted by the deceased. Before Angoria shot and killed Mugisha, he told a colleague as he walked to pick his gun, “Let me go and do this once and for all. What comes next I don’t care.”

The colleague, who The Observer interviewed on Thursday, July 11, just four days after the shooting, said he didn’t know what Angoria really meant by that statement. He said an angry Angoria simply added; “This man has undermined us (guards). He has told me to take his Shs 50,000 note and take my colleague for treatment so that he can come back and do what our whole clan does.” According to the colleague, Angoria took particular exception at the insinuation that his tribe is marked out to do guard duty only.

Angoria got sucked into the parking yard fray at the supermarket when he responded to a loud quarrel between the deceased, his siblings and another guard Awaze Babu. Matters escalated when in an attempt to drive off, Mugisha instead crushed Babu’s foot, who was trying to stop him, for allegedly letting a supermarket trolley crush into another car.

Another supermarket worker interviewed by The Observer said Ugandans will not get the real story of what happened because the security cameras, which would have captured the shooting incident in realtime, had been out of service for some good time.

The interviewed source said Angoria went ballistic when Mugisha tried to give him Shs 50,000 to take the injured Babu to hospital for treatment so he could come back and do what his people do best, that is guard duty. The interviewed source said that Angoria claimed that the deceased and his colleagues said, “Our [Angoria’s] future ends here and we won’t progress further in life.”

The source said the fatal incident was the second time the two; Angoria and Mugisha were meeting at the supermarket. Plan Mugisha, the father of the slain Arnold Ainebyona Mugisha, told mourners during a funeral service at All Saints cathedral Nakasero on Wednesday, July 10 that government should fight tribalism in the country before it is too late.

The father said that Arnold, in the company of his two younger brothers, Aaron and Andrew, left home in Kiwatule in Ntinda for Marcus Gym near Quality Supermarket, hoping to pass by the supermarket later to buy water.

“So, they went with empty bottles so that they could buy water on their way back. They were still in their gym clothes; they went to the supermarket and bought four bottles. They rolled the trolley and put the water dispensers in the boot. I am sure even the water is still where it was put,” a distraught father told mourners.

“After putting the water [dispensers] in the boot, the trolley rolled and hit another car. Can you imagine a trolley that does not weigh 5kg hitting and damaging a car? That is when the guard approached and there was an exchange. The quarrel was to remove the key from the ignition hole of the car. He started boxing them. That is when the other guard picked a gun and shot Arnold.”

However, Kampala Metropolitan Police deputy spokesperson Luke Owoyesigire said the deceased and his other two colleagues visited the supermarket to shop and after the shopping, one of them accidentally let the trolley loose and it crushed into a parked car.

He said the guard rushed to the center box where he picked his SAR gun and shot the deceased at point-blank range. The victim’s colleagues rushed him to Independent hospital Ntinda where he died.

Following his arrest, the guard was on July 11 arraigned before the Kira Magistrate’s court on charges of murder. Mugisha, the proprietor of the Kololo-based Hickory Bar and Restaurant, was laid to rest on Friday, July 12 in Keina ward, Rwentobo-Rwahi town council, Rushenyi, Ntungamo district.

I feel flattered that you noticed my absence .

I was rather occupied with other things, but when time allowed , I followed what was being said . .

I am always very impressed by one person ( one comments) . He/she, is sharp and reasons so well that he makes some other people look foolish.

I must admit that sometimes I come in here only to read what he/she writes.

You are not too bad yourself .
Report to administrator
+1 #23 Nasasira 2019-07-19 07:52
This mugisha man must have been so arrogant. I am a munyankole but I hate the way most banyankoles are very arrogant.

Am not saying Angoria did the right thing but he was angry and wanted to prove that he can do something.

My advice is no matter how big you think you are please always avoid getting into argurments with armed personel. If you do you may not have a second chance just like Mugisha
Report to administrator
0 #24 Lakwena 2019-07-19 07:57
Quoting Betty Nalubega:

I feel flattered that you noticed my absence .

I was rather occupied with other things, but when time allowed , I followed what was being said . .

I am always very impressed by one person ( one comments) . He/she, is sharp and reasons so well that he makes some other people look foolish.

I must admit that sometimes I come in here only to read what he/she writes.

You are not too bad yourself .

I was concern Betty that: when intelligent (honest) and good people like you say nothing, Deception and Evil thrives. As a result many people suffer!
Report to administrator
0 #25 Otaala Johnson 2019-07-21 08:48
Very unfortunate that Ugandans disrespect one another. There was need for respect and common knowledge between these two.

One is a guard and the other is a proprietor. each has a position and should have respected one another.
Report to administrator
123