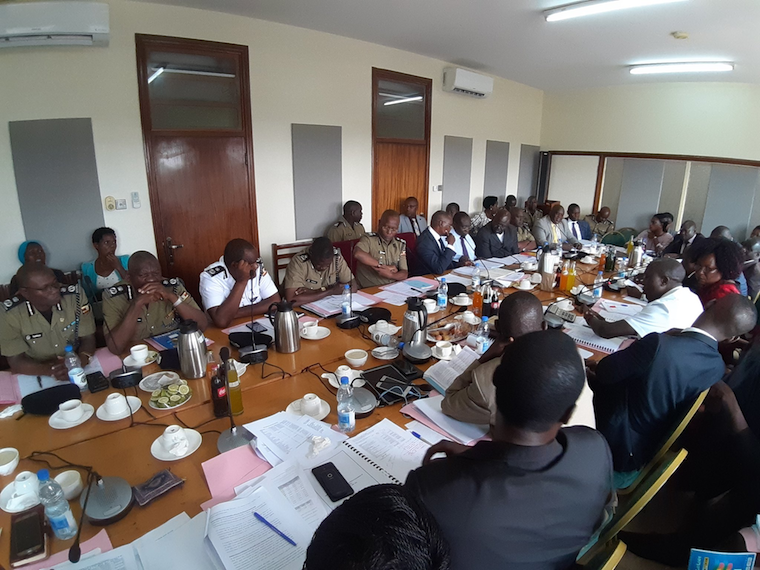 Police officials led by assistant inspector general of police (AIGP) Asan Kasingye and under secretary Rogers Muhirwa on Tuesday appeared before the committee to answer audit queries raised in the June 2018 report. PAC chairperson Nathan Nandala Mafabi asked Muhirwa to confirm the total budget that parliament appropriated to the Force in financial year 2017/2018.

Muhirwa then noted that the force was provided an initial budget of Shs 550.6 billion but could later receive a supplementary budget bringing their total budget to Shs 645.1 billion.

He noted that the supplementary budget included Shs 60.9 billion for the CCTV camera installation, Shs 33.5 billion for the telecommunication intelligence monitoring system and Shs 17.2 billion as compensation for land taken by Uganda National Roads Authority (UNRA) for the Kampala flyover project.

But a computation of figures allocated in the supplementary and the initial police budget of Shs 550.6 billion by Nandala brought the total budget of the Force in the financial year to Shs 662.2 billion contrary to the declared figure of Shs 645.1 billion.

With the provided figures to the committee not adding up, Muhirwa was given 10 minutes by Nandala to reconcile the figures with the police head of accounts Richard Katongole.

Muhirwa later told the MPs that his team could not reconcile the figures requesting the committee for two days to account for the money. His request angered Adjumani Woman MP Jessica Ababiku who said that police had portrayed unseriousness and that their failure to account for provided funds was very disappointing.

“Do you think you will change anything in these audit accounts? If you waste our time and you come back with no changes, it will be bad,” said Kalungu West MP Joseph Sewungu.

Masaka Municipality MP Mathias Mpuuga warned police officials not to doctor figures in their accounts with an aim of trying to convince the committee. Muhirwa pledged to give meaningful explanations to the committee on return.

Meanwhile, PAC also quizzed the police officials over Shs 102 billion that was spent in excess of the entity’s budget for the financial year 2017/2018. Muhirwa explained that the money is in relation to items got by the Force on credit like electricity and water.

“We used electricity that was more than what was provided in the budget. There is no way the accounting officer would stop police officers from using the electricity or water,” said Muhirwa.

Asked by Isingiro South MP Alex Byarugaba, where they got the money to spend, Muhirwa said the money is in credit. However, Mpuuga said that the issue of consumption on credit does not explain imperfections in the budget.

0 #1 Otaala Johnson 2019-07-21 09:01
PAC Committee is equally not serious because they just sit at parliament waiting for reports but don't know anything on ground.

Go and make assessments before clearing these guys.
Report to administrator