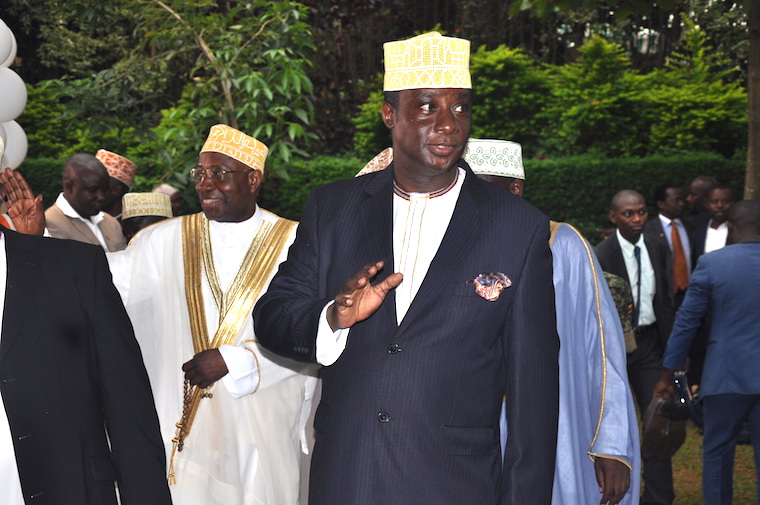 It has become an annual event on the Ugandan Muslim calendar to commemorate the return of Prince Nuhu Mbogo Kyabasinga from exile.

Mbogo, a brother to the great Buganda king, Walugembe Muteesa I, was in 1893 exiled to Zanzibar by British imperialists as they sought to stump out Islam in Buganda.

Being the first religion to come to Buganda and in effect to Uganda, Islam had established influence in the kingdom’s affairs that Kabaka Muteesa I declared it the state religion to the annoyance of some traditionalists.

Islam arrived in Buganda in the early 1840s during the reign of Kabaka Ssuuna II, and, until the 1870s when the Christian missionaries started arriving in Buganda, Islam enjoyed an unrivalled position in the kingdom.

The 1880s put Buganda in a state of war that saw Muslims pushed out of the king’s court to take refuge in Ankole and Kijungute in Bunyoro.

From Kijungute, they plotted a counter offensive but their commander, Kabaka Nuhu Kalema,  Mbogo’s elder brother, died of smallpox which required the Muslim force to re-strategise.

Mbogo became their leader and was persuaded by Capt Fredrick Lugard, the head of the Imperial British East African Company, to return to the capital. Lugard, however, arrested Mbogo and exiled him to Zanzibar which, according to Islamic scholars, came as a blessing in disguise.

By the time Mbogo got to Zanzibar, his mother who was given away by Ssuuna II to the Arabs was the queen mother of the Sultanate of Zanzibar. Because of this, Mbogo was assigned Islam teachers who were later to travel with him to Buganda in 1895 when the British succumbed to pressure to have Mbogo returned to Buganda.

“Mbogo and his men appeared to have been defeated but what the oppressors didn’t know was that exiling him was a blessing to Islam,” Dr Abdul-Hafiz Walusimbi said during the commemoration of 124 years of Mbogo’s return from exile.

The event was held on Sunday at Prince Kassim Nakibinge’s residence on Kibuli hill in Kampala and was attended by Muslim delegations from across the country and others from Zanzibar, mainland Tanzania and Kenya.

“Because he never gave up his struggle, Islam in Uganda has grown to where it is today. The fruits of his sweat are visible today but what Allah wants of us is to be thankful,” Walusimbi, a lecture at the Islamic University In Uganda (IUIU), said.

To Nakibinge, sending Mbogo, his grandfather, into exile was a turning point to the growth of Islam in Uganda.

“It was a turning point in a sense that prior to his being exiled, Muslims had were mainly preoccupied by religious wars, without enough time to engage in development work. His return from exiled ushered in a new chapter that Muslims had time to learn Islam and also contribute to the growth of our country,” Nakibinge said.

The colonial government compensated Mbogo with land at Kibuli, Kyambogo and Kawempe on which he resettled his adherents. This in away ensured that Muslims, who had been pushed to the infertile Butambala county would have found a home in the capital.

The duo helped bring into power one Museveni (a non believer) by playing the Okello (generals) against one Obote(a Protestant) , with one Nsubuga (Catholic cardinal).

Religious figures have always played (sometime dirty) games behind the scene in politics in order to grab power. Next time will discuss one Mr Wine and one Mr Reptile(Chameleon). One shady individuals.
Report to administrator