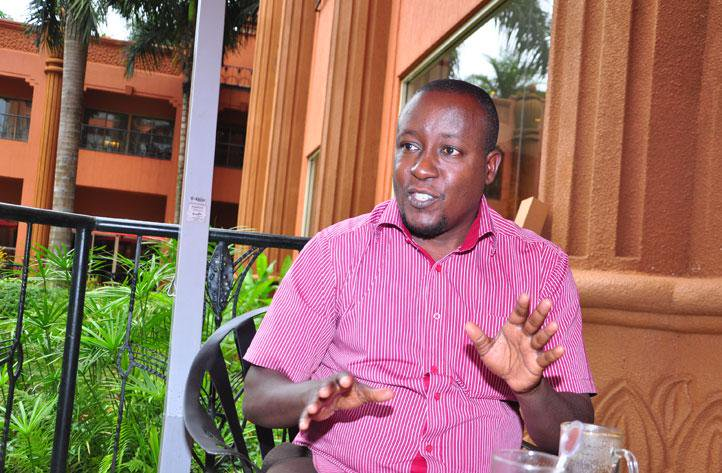 Daniel Walyemera, a lawyer representing Pastor Joseph Kabuleta has been denied access to his client.

Kabuleta, a renowned government and President Museveni critic is currently being held at the Special Investigations Division (SID) in Kireka. He was arrested by plain clothed police detectives at Drew and Jacs Restaurant in Lugogo ahead of his Friday evening fellowship and faces charges of offensive communication. Police said Kabuleta falsely called President Yoweri Museveni a "gambler", "thief" and "a liar".

“It is unfortunate however that authorities at SID denied Joseph Kabuleta access to his legal team in disregard of constitutional rights to access to legal representation,” the Watchman Ministry said in a statement issued on Sunday.

Kabuleta's doctor and family members were granted access. Charles Twine, the spokesperson of the Criminal Investigations Directorate, however, says it is not right for Kabuleta or anyone to be denied access to their lawyer.

“It is not proper for any suspect to be denied access to his lawyers, if this is the case, I will talk to the management of police to ensure he gets his lawyers." Twine said.

Meanwhile, worshipers at the Watchman Ministries also claim that Godwin Matsiko and Collins Tugumusirize are also missing. According to police, Matsiko was  arrested on Friday just after the arrest of Kabuleta after he tried to flee with the preachers mobile phones yet they are considered as exhibits. Tugumusirize was allegedly arrested on Saturday.

Today it's Kabuleta, yesterday it was Dr. S Nyanzi, the other day it was Dr. Besigye, Hon. Namboze, Omulodi Lukwago, the King of Kasese, then those innocently killed! Tomorrow it could be you and I or your beloved one!

Fellow Ugandans, their is no end in sight of Sabalwanyi's brutality, however, it's upon us to stay in captivity or unite to end it.

Yes, it wont be easy, and like I have pointed out above, today it's Kabuleta and tomorrow it will be someone else! Until we unite and get rid of the bustard, nothing is going to change.

Furthermore, until all those who are aiding and abating Sabalwanyi's autocracy and/or life presidency are exposed, we have no prayer! We need to speak with one voice, Sabalwanyi, his family/relatives must go. Period.
Report to administrator
0 #2 Willy 2019-07-16 09:51
Pastor Kabuleta was arrested for calling President Yoweri Museveni a "gambler", "thief" and "a liar".

What Kabuleta wrote about President Museveni is the truth, and there are many people who share that opinion. The president has recently earned himself the nickname - BOSCO.
Report to administrator
0 #3 Lakwena 2019-07-18 08:50
Quoting Willy:

Pastor Kabuleta was arrested for calling President Yoweri Museveni a "gambler", "thief" and "a liar".

What Kabuleta wrote about President Museveni is the truth, and there are many people who share that opinion. The president has recently earned himself the nickname - BOSCO.

In other words Willy, since Mr. M7 has not yet come out publicly and denies that he is a thief, gambler and a liar, Kabuleta's testament remains true.
Report to administrator