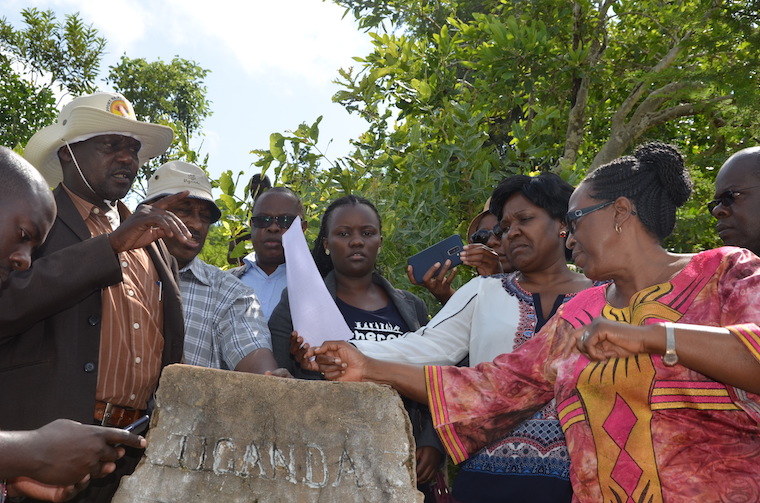 KWEEN: When they fled their homeland 13 years ago at the height of the Karimojong and Pokot cattle rustler insurgency in 2007, they left their communal land intact.

But when they returned after peace was restored by the ruling National Resistance Movement (NRM) government, all was not well. They were shocked to find their land had been surveyed and parceled out without their knowledge. Taking advantage of the insurgency, some residents connived with Uganda Land Commission (ULC) officials and surveyed the vast land without their knowledge.

Todate, the people of the eastern districts of Bukwo and Kween, formerly part of Kapchorwa, are angry. There is no peace. Politicians and a church reverend have come under fire from residents who accuse them of illegally surveying and grabbing their land. In a heated meeting with the Land Commission of Inquiry led by Justice Catherine Bamugemereire, at Chepsikunya town council headquarters in Kween district on July 4, rowdy residents quarreled with fellow residents who they accuse of grabbing their land.

Police intervened quickly when at one point residents fought.

“You people, you all agreed that we have a meeting here, but now you have become rowdy and you want to fight. Do you want us to continue with this meeting or stop it?” police asked the residents.

Those implicated in the land grab scam include MP Lawrence Mangusho Cherop (Kween county) and his personal assistant Kemboi Ndiema. Kemboi who was once arraigned before the Land Commission of Inquiry and detained for giving false information, is said to be the one identifying land for grabbers.

“Manguso is a very cunning man and a terrible liar. When he comes here, he pretends to be with the people and he even tells people that he has withdrawn his name from these titles, but when he goes away, it is a different story”, Kassim Kipsiro said.

“We even asked him whether he had cancelled the titles since he claimed he had withdrawn from the titles. The reason why he is not of any help is that he does not come from this area. Mangusho comes from Kaptun sub-county.”

Major Leonard Chemonges and his brothers, Stephen Kapkoyek Chemonges, and Aggrey Chemonges are accused of illegally surveying 7,254 hectares of land stretching right to the Kenya, Uganda border. Available reports The Observer saw, indicate that Chemonges, who once vied for political positions in the area, illegally surveyed 2, 054 hectares of land on Block 2 Plot 87 in Korite parish, Kiriki sub-county in Kween district.

He also surveyed another 5,200 hectares on Block 2 Plot 88 in Alalam parish. The residents had a copy of an advertisement, which they said Chemonges who also once worked as a personal secretary to the president, before going into private business now, had advertised for the sale of 3,000 hectares of the land under contention to the Office of the Prime Minister (OPM) in 2009.

“I was in office when that land was being surveyed. Chemonges and his people came here with armed soldiers and police and did their work,” Hussein Chepkwongin, the LC III chairperson Kiriki sub-county said.

Rev David Chesakit, a lecturer at Uganda Christian University (UCU) Mbale campus, is accused of illegally surveying over 3,900 acres in the three parishes of Kapterit, Sundet and Nyilit in Sundet sub-county, Kween district.

Chesakit, the former diocesan secretary, Church of Uganda Sebei diocese, was dumbfounded as residents hurled insults at him.

“He claims to be a man of God, but he is a land thief and grabber. We want him to be prosecuted and all our land he surveyed without our knowledge returned to us,” Nicodemus Chemasanjan said.

“Since you have this challenge with land, we would advise that you caveat your land as investigations continue. We want you to be calm. Do not take the law into your hands,” Ochan said.

Civic leaders in the area said over 10,000 people have been affected by the land conflicts. The resident district commissioner (RDC) Kween, Dennis Balwaniregha, said the conflicts could have arisen from the communal land system.

“From Bulambuli to Kween and Bukwo, all this land is under contention. Because of the insurgency of the Karimojong and Pokot, people didn’t settle here for 30 years. Those who came back, early, started parceling land; so, when others came back, they found the place in a mess,” Balwaniregha said. “Fueling conflicts must be stopped,” Abdu Chemutai, district councilor Ng’eng’e sub-county, Kween district said.

“Right from colonial times no other boundaries have been marked to date. Boundaries should be marked and neighbours should know each other.”

+1 #1 Odongkara 2019-07-10 07:57
I wonder why in every ugly case of land grabbing in Uganda the president Museveni's office is mentioned, can someone please help me understand why this is the case?

It's honestly a matter of great concern to reflect on when our highest office in the land is always mentioned and involved in cases of criminality, are it's occupants criminals?

President Museveni must have balls in him and bring this to an end or he vacates office. I'd Amin grabbed the economy of Uganda from the Indians and handed it to Ugandans but today Museveni is grabbing it from the Ugandans and giving it away to foreigners.

It's the same with land and lakes and everything, soon the women will go via tourist attraction.
Report to administrator
+1 #2 WADADA roger 2019-07-11 07:55
Land grabbing in this country will only stop with regime change.

The biggest part of Sebei sub region has been taken over by strange people unknown in the area and are protected by the army. They have planted commercial trees, curved out large farms etc
Report to administrator