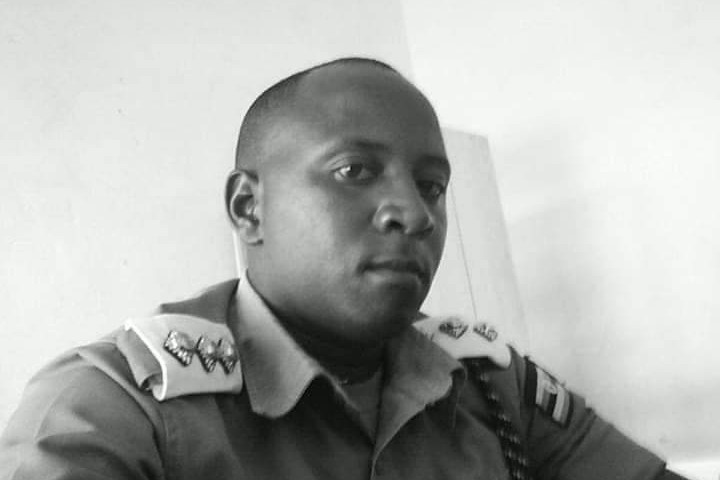 Police are holding one of their own for attempted robbery. The suspect is Assistant Superintendent of Police (ASP), Bright Amutuhire, the commandant of operations at Kajjansi police station.

He was nabbed by 999 police Patrol on allegations of attempting to rob Tom Kisuku, a resident of Busega in Kampala. Deputy Kampala Metropolitan Police spokesperson, Luke Owoyesigyire, says Amutuhire and his co-accused Richard Musinguzi attempted to rob their victim at Abayita-Ababiri in Katabi town council around 10pm Sunday night.

They reportedly intercepted Kisuku who was driving in his car registration number UBD 328J. The suspects were driving vehicle number UAW 714B. Kisuku, who was previously robbed by the same people, alerted police and a 999 patrol truck was dispatched with some Local Defence Unit (LDU) personnel to rescue him.

The officers fired bullets to foil the robbery. They later searched the vehicle and found Amutuhire who had dressed in full police uniform but wasn’t armed and his co-accused. Owoyesigyire says Kisuku told police that this was the third time the same people were robbing him and presented a reference of the previous cases he filed at Entebbe police station on SD 62296/2019.

Other detectives from Kajjansi were dispatched upon hearing gunshots but they found the 999 patrol team and LDUs in control of the situation. Police say particulars on the station desk (SD) at Entebbe matched the details of the vehicle in, which the suspected robbers were travelling.

Musinguzi reportedly claimed he was conducting night patrol but the particulars in the previous case betrayed him. This is the second incident in which, a senior police officer is being arrested for robbery in Kampala within a space of two months.

In May, ASP Nicholas Muyonjo, the officer in charge of Kireka police station and two junior detectives were arrested for theft of Shs 17 million belonging to businessman Dean Omoit.

The officers stole the money when Omoit who was on his way to buy land forgot his bag at the police station. They denied knowledge of the money but were betrayed by CCTV footage from the restaurant where the suspects shared their loot.

+2 #1 Mumonkey 2019-07-09 14:16
Kampala murders and all major crimes could be perpetrated by these same bosses in police uniform. What a shame.
Report to administrator
+2 #2 Lakwena 2019-07-09 15:09
In other words, Afande Bright Amutuhire is one of the fruits (kawukumi) of Gen Kayihura's good NRM cardership and patriotism in the Uganda Police.
Report to administrator
+2 #3 rubangakene 2019-07-09 16:11
Can you imagine; a police officer by day, a highway robber by night. Only in Uganda are these crimes condoned and the perpetrators given a "pat on the back".

Can you imagine; a police officer by day, a highway robber by night. Only in Uganda are these crimes condoned and the perpetrators given a "pat on the back".

Someone should face the firing squad one of these days for Ugandans to wake up from the present amnesia!

In other words Rubangakene, we now have dirty cops because, we also have a dirty president in State House. Wasn't Gen Kayihura a dirty IGP?

Under the previous regimes, how many policemen/women were arrested and committed to charges of capital offenses like highway robbery? Nada!

How many soldiers were arrested for similar crimes? Nyet! E.g., was it three weeks ago 3 UPDF (SFC) soldiers were nabbed robbing one of the Fang Fang Restaurants.
Report to administrator