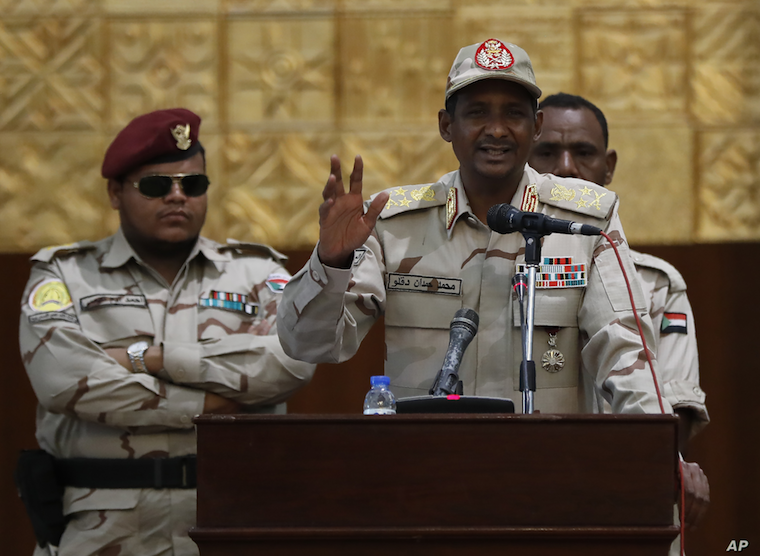 Sudan’s ruling military council and a coalition of opposition and protest groups reached an agreement to share power during a transition period leading to elections, setting off street celebrations by thousands of people.

The two sides, which have held talks in Khartoum for the past two days, agreed to “establish a sovereign council by rotation between the military and civilians for a period of three years or slightly more,” African Union mediator Mohamed Hassan Lebatt said at a news conference.

They also agreed to form an independent technocratic government and to launch a transparent, independent investigation into violent events in recent weeks.

Joy in the streets

The streets of Omdurman, Khartoum’s twin city across the Nile River, erupted in celebration when the news broke, a Reuters witness said. Thousands of people of all ages took to the streets, chanting “Civilian! Civilian! Civilian!”

“This agreement opens the way for the formation of the institutions of the transitional authority, and we hope that this is the beginning of a new era,” said Omar al-Degair, a leader of the FFC.

“We would like to reassure all political forces, armed movements and all those who participated in the change from young men and women — that this agreement will be comprehensive and will not exclude anyone,” said General Mohamed Hamdan Dagalo, deputy head of the Transitional Military Council.

“We thank the African and Ethiopian mediators for their efforts and patience. We also thank our brothers in the Forces for Freedom and Change for the good spirit,” said Dagalo, who heads the Rapid Support Forces accused by the FFC of crushing the sit-in.

Opposition medics say more than 100 people were killed in the dispersal and subsequent violence. The government put the death toll at 62.

0 #1 Lakwena 2019-07-05 10:24
In other words, after all has been said and done; all the hullabaloo and bloodshed and imprisonment is about power and sharing greed.

Africa is indeed a cursed continent. All the politicians and their military outfits do is nothing but self-interest, alias the acquisition of power and the money that goes with.

It is depressing!
Report to administrator
0 #2 juwait kali 2019-07-05 12:18
I smell gas for this country, but its not a surprise that what happens after a long help yourself dictatorial government.

These Bashir generals think they can hold the country against the majority will? They are dreaming and we will be watching. What brought their father Bashir down will down them too. Hand the country to the people or face...
Report to administrator