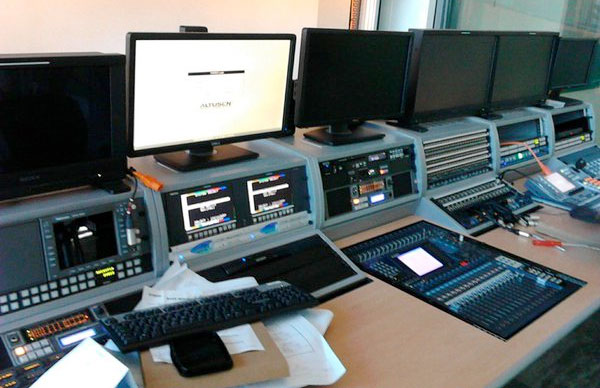 Several Ugandans took to social media on Sunday night to express their disappointment over the failure by the national broadcaster, Uganda Broadcasting Corporation (UBC) to broadcast the match between Uganda Cranes and Egypt.

Although UBC had resumed broadcasting the African Cup of Nations (AFCON) on June 26 following negotiations with Confederation of African Football (CAF) and Africa Union of Broadcasters (AUB) on Sunday night, the station was showing news instead of the final Group A match between Uganda Cranes and Egypt.

Football fans found solace in pay televisions and Kenya Broadcasting Corporation (KBC) to catch the live action from Egypt. Details emerging from UBC show that the national broadcaster has failed to secure broadcasting rights for AFCON.

The negotiations between Uganda, CAF and AUB to allow UBC to broadcast the games on credit have failed to yield results. UBC had sought parliament's intervention to compel government to avail Shs 1 billion to pay for the rights.

However, government can only release the money in the first quarter of this financial year, which begun at midnight. Now, in an internal memo to staff, the UBC management regrets not being able to host AFCON.

"As you could be aware, through parliament some Shs 1 billion was committed, unfortunately ministry of Finance couldn't provide the funds in due time as required and set by CAF for us to able to obtain the free to air games," the statement reads.

Management regretted the inconvenience most especially at such a time when the Cranes team is doing the country proud.

"These are part of the perpetual challenges the national broadcaster is faced with and it's time Ugandans face the reality and come to the aid of this highly indebted institution as a result of the debts carried forward from creation in 2005,” the statement reads.

UBC further says that the debts have crippled normal operations for all these years but they hope to overcome them in the next months to come as government is listening and committed to salvage the situation. The management encouraged Ugandans to watch UBC as this was the only way that revenue could be raised.

Attempts to speak to the UBC managing director Winston Agaba were futile by the time of publishing this story. URN forwarded several questions to Agaba on the way forward but he was yet to respond by the time of filing this report.

The Uganda Cranes advance to the knock out stage of AFCON despite a 2-0 loss to Egypt on Sunday night. Uganda qualified after DRC stopped Zimbabwe 4:0, which guaranteed Uganda a second place in Group A. Uganda will face off with either neighbours Kenya or African giants Senegal on Friday depending on who wins Monday's game.

12
-1 #11 Starn 2019-07-03 00:08
In Simple terms... These clan members had never planned of broadcasting the matches, but after public pressure, they wake up one day with orders CAF, After realing that CAF doesnot recognise orders from above then they plead to broadcast it on credit... as if it is their family's household..

This is the Musevenism, the habit of thinking that simply because you have a connection with the ruling clan entitles you to everything on earth...
Report to administrator
12