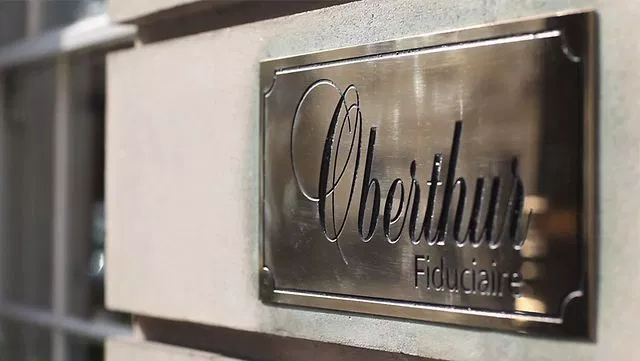 Oberthur Fiduciare has ofafered BOU $15,000 for the extra pallets on the cargo plane

Oberthur Fiduciare, the company contracted by Bank of Uganda to print Ugandan currency has reportedly offered to compensate the central bank for the extra pallets that were irregularly loaded onto the chartered currency plane.
Bank of Uganda expressed disappointment with the French company over failure to transport currency cargo on agreed terms. According to the letter exchanges between BOU and Oberthur, the major conflict is on the transportation and not printing terms.
Police recently indicated that preliminary investigations indicate that extra currency could have been printed and transported into the country alongside BOU's authorised currency consignment. BOU shipped into the country Shs 70 million banknote pieces of 5,000 bill denominations on April 27 in 20 pallets.
But on inspecting the chartered plane at Entebbe airport, five extra pallets which were not supposed to be on the plane were discovered. This has descended into a full-blown scandal with many Ugandans suspecting extra money could have been printed without authorization.

According to the letters seen by URN, BOU officials who inspected the cargo and plane before shipping money were informed of one extra pallet and they reportedly didn't object. On May 2, 2019, Dr Nabatamba Bazizi, acting director currency department wrote to Christopher Montent, commercial director of Oberthur Fiduciare tasking him to explain the contract breach.

She wrote: “Reference is made to your letter dated March 22, 2019, notifying the Bank [of Uganda] about different options, types and indicative prices for each of them for the delivery of 70 million banknote pieces of printed matter.”

She added: “The letter highlighted that the flight type was full charter; however, during the inspection of the cargo in the plane, the team noted that 5 out of the total 25 pallets had items that didn’t belong to Bank of Uganda as per the fixed labels.”

“This contravened the freight terms of full charter and, presented a high risk to the central bank of Uganda,” Bazizi wrote. “The purpose of this letter, therefore, is to request you to justify the contract breach, given the risks associated with this kind of action.”

In response, Montent wrote that BOU officials had been informed of only one extra pallet on-board. He said the remaining four were put by the cargo company without their knowledge.

“BOU representatives were informed about 1 raw material pallet. [For] the other four pallets, the cargo company, Network Airline Management Ltd, did not inform us and have presented their apologies in writing,” Montent wrote.

The company apologized and offered to compensate BOU or offer 10% discount on the upcoming shipment of the Shs 10,000 notes.

“We would like to compensate Bank of Uganda for the misinformation regarding the 4 pallets and the inconvenience caused. Would you please tell us whether you prefer a 10% discount on the coming delivery of the UGX 10,000 notes or 15,000 USD off your invoice to pay for the Shs 5,000?” Montent wrote.

It is not clear whether BOU has taken the decision to accept the offer. On Friday, two BOU employees who were informed of the extra 1 raw material pallet but did not object were charged at the Anti-Corruption court.

For the cargo company that carried the money, it says it put extra cargo on the plane because it wanted to cover for the loss that came with using a bigger plane other than the one that had been chartered which was found to have a fault and thus could not fly to Uganda.

This was Network Airline Management Ltd, whose planes carried the money to Uganda. Its chief commercial director Sam Lindsey wrote to BOU on May 2, 2019 of their decision to change the aircraft.

“In addition to the printed matter, there were some spare parts for unserviceable MD-11F and some general cargo loaded onboard to mitigate the losses of operating the B747F on this routing,” Lindsey wrote.

She added: “Please accept our apologies that this was not declared when the change of aircraft was made. We fully appreciate and understand importance and security required when carrying such cargo and apologize for the inconvenience caused.”

The company says it took the decision to utilize B747-400BCF so as to operate on schedule. In another internal letter to the legal department on May 2, Dr Bazizi informed BOU legal department of the anomaly and asked for the next course of action.

This is when the governor decided to call in the help of the State House Anti-Corruption unit to investigate the matter. Bazizi revealed that the contract between BOU and M/s Oberthur Fiduciare was entered into in July 26, 2018. The company was to reprint 170 million pieces and 130 million pieces of 5,000 and 10,000 shillings denomination bank notes respectively.

“Section 5.4 of the contract requires that the supplier identify at least two reputable carriers and insurers and advise the Bank of the related terms and costs,” Bazizi’s revealed.

On Tuesday last week, Mary Katarikawe, the BOU director of operations, told reporters the central wants to know how the extra cargo came to be on a full charter plane. She said they expected a report from State House Anti-Corruption unit.

All this is a cover up to avoid being alarmist, come out clean and tell Ugandans what happened exactly

I agree. Further, the printing of any national currency notes (whether additional or not) is a sovereign prerogative decision, and DEFINITELY not a printer's.

This particular printer's reputation must be questionable too.
Report to administrator
12