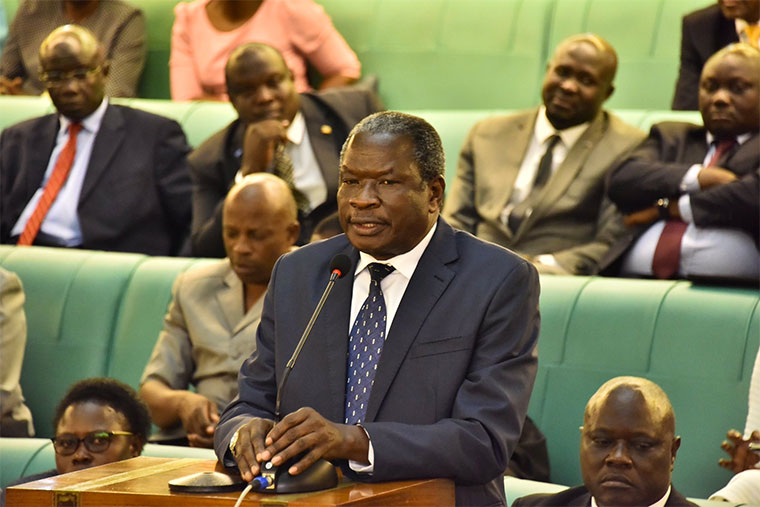 Official policy is, expatriates with work permits deposit between $1,500 to $3,500 (or Shs 5.5 million to 12.9 million) as security to cover transport and other costs should they be deported or choose to leave the country but in practice local Immigration department officials directly contradict that policy.

When they are deported or choose to leave, expatriate workers face a difficult path to get refunds, an Observer investigation has found. A glean through Facebook posts coupled with interviews with some aggrieved expatriates suggest possible collusion of some officials to defraud expatriates.

The first whistle blown on the scam was in April when a distressed expatriate posted on Facebook her futile attempts to get back her security bond money. This money must, however, be refunded once the expatriate stops working in Uganda. Under normal procedure, cancellation of the work permit is an instant process in the ministry of Internal Affairs systems, and preparation for refund takes one to three days.

But a number of expatriates who are leaving or have already left the country claim they have tried and severally failed to get refunds.

“I put in an application to get my deposit back last October and I am still waiting. The application is very straightforward, a form with your details and your receipt. I’m in and out of the country; so, I go and see them whenever I’m around,” Stephen Dunn, an expatriate, posted on Facebook.

“It’s been a story of “new head of accounts and new systems. I last spoke to them in March [2019] and they promised I’d get it [money] back in May. We’ll see. I suspect they play a frustration game, so, many just give up,” he further stated.

Several other expatriates corroborated Dunn’s narrative. They said they have been told their refunds could not be processed due to a system upgrade. Some have gone on to hire agencies with expertise in expatriate work related services.

To get the expert agencies to chase their refunds, the expatriates pay between $150 (Shs 562,500) and $250 (Shs 937,000). But the agencies have not helped much, according to one expatriate who has since returned to Europe.

The agency this particular expatriate contacted wrote, “At the moment, Immigration is not signing any [cheques] due to an internal reorganization. Usually, the process takes one to three months but nowadays, it is put on hold until further notice.”

From the correspondences between the agency and the expatriate who preferred not to be named, there are several other foreigners who preferred to continue chasing the refunds but it remains unclear whether they will ever get the money.

Interviewed at parliament for a comment, the minister of State for Internal Affairs, Mario Obiga-Kania said some expatriates are simply impatient.

“I can’t deny that it [collusion] doesn’t happen; there could be some cases where the money has not been refunded but it is also possible that those people give short notice,” the minister said.

Kania pointed at a possible case of an expatriate disagreeing with his employer and decides to return to his home country within a few days.

“After disagreeing with the employer, someone comes today and says, I have stopped working, I am going back tomorrow, it is practically impossible that his/her money will be processed and refunded at short notice,” Obiga said.

If money is to be refunded, cheques are issued in the names of the registered employer, and not the work permit holder. The employer is then expected to forward the cheque or money to the owner.  The minister, however, referred this writer to the Immigration department for more information.

Interviewed at the weekend, Jacob Shems Siminyu, the spokesperson of the Internal Affairs ministry, said he did not have enough information and promised to get back in the afternoon after consulting.

+4 #1 Empayippayi 2019-06-12 15:11
The Government should change the requirement such that it's the employer who pays the deposit and not the Expatriate.

When the Expatriate leaves the country, then the deposit can be paid back to the employer. It's much easier for the employer to chase the refund.
Report to administrator
+2 #2 Lysol 2019-06-12 21:07
One of the means the regime statins itself is by exporting cheap laborers to other countries (by human trafficking for modern slavery).

Another way,of course is through "peace-keeping"in some failed states/countries.
Report to administrator
+1 #3 Lakwena 2019-06-13 08:12
In other words, playing a "frustration game", so that, many of the expatriates give up their refund, is a heartless dishonesty (corruption) of our public servants/system; which is Uganda's worse undoing.

For purposes of extortion, the heartless "frustration game" is not only played on foreigners/expatiates, but worse of all to fellow countrymen and women.
Report to administrator
+1 #4 Zaitun 2019-06-13 16:50
No Wonder, Uganda has now become a country of thieving administrators right from the State House o the bottom.

What else can a common man man do other tha observing helplessly people suffering?
Report to administrator