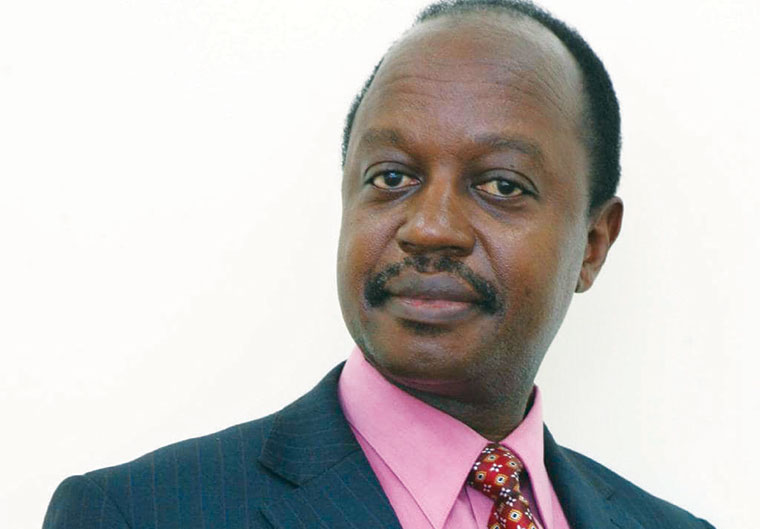 Thirteen years after he was acquitted in the death of his wife Robinah in 2006, Australian-based Uganda cardiologist Dr Aggrey Kiyingi has declared he will run for president in 2021 and vowed in a telephone interview with Siraje Lubwama to beat the incumbent President Yoweri Museveni hands down.

Kiyingi, once linked to rebel activity, said he will only dislodge Museveni through the ballot.

Ugandans didn’t get to see how strong or weak you were in 2016 because the Electoral Commission refused your nomination by proxy, what is your game plan come 2021?

Thank you very much for taking interest in my political programmes in Uganda. It is not a secret that I am going to run for president in 2021, assuming there will be an election.

So, before the rules of the game are changed, what is your current stand?

Just like Charles Onyango-Obbo (journalist) says, my ears are on the ground; once this unfair rule is dropped, then I am in the race.

Which party or political organisation will you use to campaign?

I shall let you know but I must remind Ugandans that four years ago I formed the Uganda Federal Democratic Organisation (UFDO). This yet-to-be-registered political platform will embrace everyone in dire need for change including those from NRM, FDC, DP, UPC and independents. As of now, most opposition parties are fighting amongst themselves. We shall talk to everyone who cherishes change – it is an all-inclusive platform.

Your ideas are similar to those of the People Power political platform launched last year by Robert Kyagulanyi aka Bobi Wine(Kyadondo East MP). And some people on social media claim you are a Museveni stooge coming to undermine the opposition.

(Prolonged laughter) Someone sent me that clip. How can I fight Bobi Wine who is trying to implement my idea which I introduced four years ago through UFDO? I am actually happy that people especially the youths are behind their fellow youths.

These clips are manufactured and circulated by dictator Museveni to tarnish my name and scare the opposition. Why should I destroy People Power with a message emulated from my vision; I am only happy that it is finally in the process of being implemented. I am not the type who can be bought by Museveni, the very man who ruined my life by destroying my property, took my chunks of land, properties and brought trumped-up charges against me.

No amount of money from Museveni can buy me.

Last year the NRM Central Executive Committee (CEC) endorsed Museveni as the ruling party sole presidential candidate and he is out and about touring the country. You are talking of waiting to see if rules of the game are changed; will time be on your side if no rules are changed?

In politics, 24 hours are enough time to change things. Museveni is a man of copy and paste, when I came up with my manifesto months to the general election in 2016; he copied it but only incorporated 10 percent in his manifesto. So, I don’t have to open my cards to him earlier. If I say I am going to Katonga or Mbarara to mobilise now, he will rush there like a firefighter to financially lure my agents.

At the right time, we shall tell people because they are there but we have advised them to keep quiet for our and their survival. You heard what the chairman of the so-called Independent Electoral Commission Simon Byabakama said recently.

He warned the opposition not to campaign because he has not yet announced the time for campaigns yet he defended Museveni’s tours.   He said Museveni is acting in his capacity as president, forgetting that at some of his public rallies, he carries placards encouraging him to stand in 2021. At the same rallies he warns people not to vote opposition candidates like he did during Heroes day last weekend. At the right time, we shall traverse all places.

What is your advice to Ugandans?

Let them listen to Museveni but also analyze the lies and contradictions in his speeches. For example, in Museveni’s recent State of the Nation address, he talked of figures, which don’t match with the past annual budget, which had the highest figures of debts. Compare his agriculture figures with the budget to be read on Thursday.

People must unite and seriously fight the increasing nepotism in the country. They should not be diverted by the illegal money handouts. You may be in Kampala, but you may not know that last week youths were transported to Nakasero and each given between Shs 70,000 and Shs 100,000.  Find out the purpose of this money. The youths are being nudged to campaign for the president’s in-law.

During the criminal prosecution of Muslim sheikhs and your relative Aisha Nakasibante, the directorate of public prosecutions dropped charges against you because police failed to arrest you. Don’t you think they will resurrect the charges and arrest you when you return?

Siraje, you’re a Muslim; Muslims say every day is not a Friday. I know the DPP can reinstate those malicious charges but they can’t stop me from coming back home. God willing I can win like I did in the malicious murder case brought against me in the death of my darling wife Robinah in 2005.

Back to your question, charges or no charges, I was born in Uganda, studied in Uganda, and I am supposed to come back and help Ugandans get rid of a dictator.

You are treating heart patients globally, how will you balance your profession and politics?

How does it help me to treat heart patients abroad when people in my country are dying of jiggers? I will if elected president construct first-class hospitals in every district to treat not only hearts but also other deadly diseases. I want expecting mothers to deliver in clean affordable hospitals.

Government has provided some good billions of shillings for an investor to construct a modern specialized referral hospital at Lubowa.

Already I heard that some money, which is over Shs 150bn has been stolen by mafias and more is yet to be stolen. (My phone goes off again).

Siraje, you need a leader like Dr Kiyingi to save you from those fake phones.

Years ago you promised to construct a specialised hospital, what happened?

Museveni’s government fought me and blocked the construction. That is part of the properties stolen from me. I have asked my relatives in Uganda to keep calm until the right time comes.

Don’t you see anything positive about President Museveni’s 33-year rule?

That question needs a serious answer. You know I was telling my friend recently that when I was at Namulonge primary school deep in the village, we had enough desks, water and other necessities, we had no jigger infections, when I went to Budo, it was better. Thirty-three years of Museveni’s rule, what has the man done? Half of the things he found in place have either been sold or mortgaged. Are Ugandans proud of this?

Among the dropped charges, government accused you of giving money to rebels. Do you want to go to State House through the ballot or barrel of the gun?

That money was not much and it was specifically for my political arrangements. How much of taxpayers’ money is Museveni using two years to elections to bribe people under the guise of poverty eradication? Does Museveni expect me to campaign without providing brochures, posters, transport, T-shirts, bill boards and other campaign necessities? I am entitled and expected to spend money.

In the event that you don’t make it to the ballot, which party or individual will you support?

We still have 18 months, a lot of unexpected things may happen. I have a strong belief I am coming back home to join other people yearning for change.

Thirty-three years are enough. You can grab whatever money Museveni throws at you now but think about the future, your children and grandchilren. God bless you. I hope to have a face-to-face interview with you next time. For God and My Country.