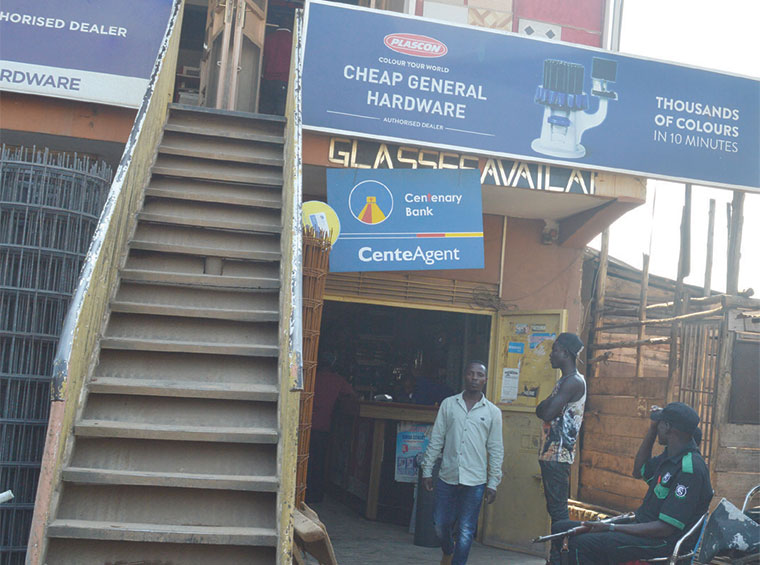 Early Monday, after sixteen days of investigation, police announced they had arrested one man linked to the May 29 broad daylight robbery and fatal shooting of two workers of Cheap General Hardware in Nansana municipality, Wakiso district.

Speaking to journalists at Naguru police headquarters, police national spokesman Fred Enanga said they are also following a suspicious car caught on a nearby camera on the day and time of the shooting.

Sixteen days later, The Observer returned to Nansana and found a traumatized municipality still unable to shake off the fright of the attack. Interviewed, residents said police deployed more men in the immediate aftermath of the May 29 attack but withdrew them four days later.

Nicholas Mugambi, the manager of the hardware, said they are so afraid they may be attacked again after police and army moved away.

“We are also still in fear because we didn’t know the real motive of the thugs. If it was theft, then why kill people in the process…” he said.

“The situation is not yet stable. We expected more security from government after the theft but the [police, army] security, which was provided was removed after four days and so we have our own private security, which is not enough,” he said.

“I spent a week without working. I still don’t think security in the area is strong enough for us to feel secure again,” she said.

“The security situation isn’t any better yet. We live in fear that they might come back to steal and kill again,” she said.

Nathan Nansaga’s chapatti store is just a few feet away from Cheap General hardware. He said his business suffered a huge slump after the attack.

“My clients fear coming here, they think this is a place where people get killed. Now I receive fewer customers than I used to get before the attack,” he said.

“They will tell you to ride away from the stage and they board a distance away from here. Some have abandoned our stage and now board from other stages because they fear being killed from here,” he said.

Mwesigye said he can hardly make Shs 10,000 daily after the shooting.

“No one wants to board from here. They all avoid our stage,” he added.

There are three police posts near Nansana Municipal Council offices; Yesu Amaala, Kabumbi and Nansana posts and each is located about a mile from Cheap hardware but people still don’t feel safe.

“It took about 20 minutes for police to arrive at the scene of crime after the thieves had left the place, yet they are just nearby here, a very walkable distance away,” one Nakayaga said.

Mwesigye said one would expect the officers at the police posts to be very vigilant but they are not.

“Our police is slow to respond to emergencies,” he said.

To boost security at the hardware, Mugambi says two more private security guards have been deployed bringing the total to four. Nansana is no stranger to crime.Two years ago, it had its fair share of killings of mostly women –murdered in gruesome manner. The killers inserted objects in the women’s private parts.