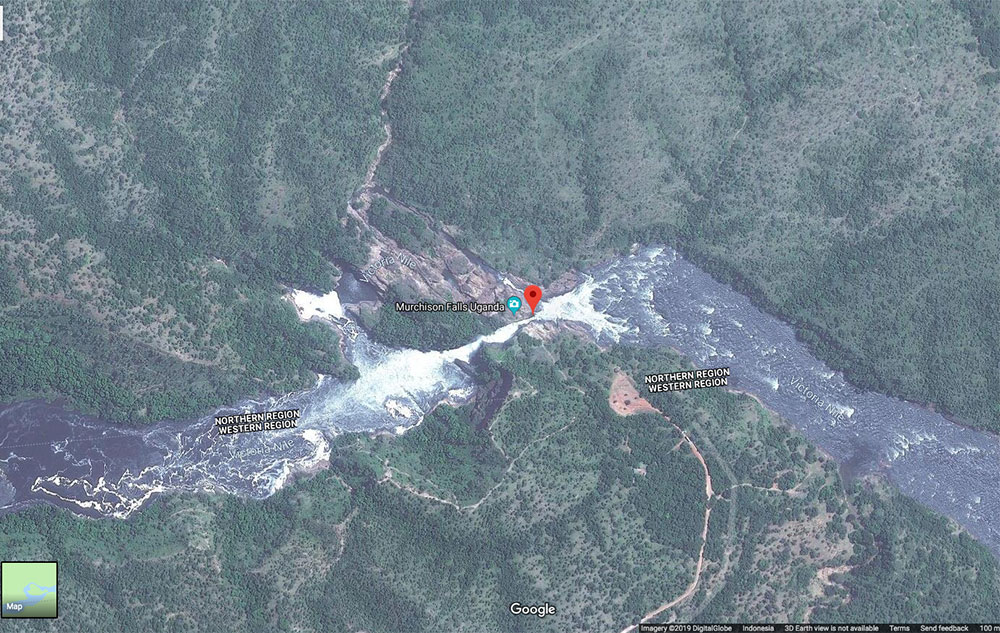 At least 2,533 people have signed a petition to block the planned construction of a power dam near Murchison Falls, which could see the disappearance of the falls, a key tourism attraction to the area.

This overshoots the petitioner's target of 2,500 people. The petition was put online by Amos Murungi, who describes himself as an environmentalist, after power regulator, Electricity Regulatory Authority (ERA) published a note inviting public views on the planned feasibility study of the area by a South African firm that would eventually construct the power dam.

ERA's advert said the dam will be constructed near near Murchison Falls in Kiryandongo and Nwoya districts. It went on to state the exact area by geographical coordinates as between 'Longitude 2º16’42.6”N and Latitude 31º41’08.8”E.' A google map search of the advertised coordinates reveals that the dam will be constructed at the Murchison Falls on Victoria Nile - a tributary of the R.Nile.

Tourism enthusiasts took to social media on Sunday to ask the government to stop the idea altogether. ERA said in a statement on Sunday posted on its Facebook account: “We wish to clarify to our stakeholders about this notice. ERA has not issued a license for the establishment of power plant at Murchison Falls but received an application for a permit to conduct feasibility studies for a proposed plant near the falls,” ERA said.

Adding that, “The application by the developer is available for viewing. Don’t hesitate to contact us for more information or clarity. Regards.”

The firm that wants to do a feasibility study and eventually construct a power dam is Bonang Power Limited from South Africa. On its website, it says Uganda “seeks to build new hydropower projects at Ayago, Uhuru, Kiba and Murchison Falls and will generate 2,550 MW of electricity…. leading to a more reliable power supply and a key factor of economic development.”

Amos Wekesa, the executive director of Great Lakes Safaris, took on social media to encourage Ugandans to sign the petition, which they said would be delivered to President Museveni. Under the hashtag #savemurchisonfalls, Wekesa implored Ugandans to share their pictures online while at Murchison Falls.

“Those of you, who have been there, know they [Murchison Falls] are a national asset not Wekesas or any other tour operators. The government collects all the revenue and if you haven’t been [there], please go and you don’t have to use my company,” Wekesa said.

Meanwhile Murungi, the petitioner wrote: “The Delta area which forms part of Murchison Falls national park is the best the place to see the rare shoebill stork. A boat cruise to the Delta area where the shoebill is sighted offers great opportunity to see the game as hippos, crocodiles, lots of bird species among others.”

Tourism is the highest foreign exchange earner, having raked in $1.37bn last year. The only sector that comes close is diaspora remittances when Ugandans abroad sent in $1.2bn last year. Up to 1.4 million people entered Uganda in 2018. Losing falls is familiar to Ugandans after the construction of Bujagali hydro-power in Jinja saw the disappearance of the Nile Falls in Jinja.

That place is the epitome of evil and mafia like projects. I can assure you he already knows about it and the dam will be built no matter what.

As long as the first family gets their kick back, who cares about the water falls
Report to administrator
+1 #3 juwait kali 2019-06-10 16:27
This madness has got to be stopped. We know the benefisheries already.

Stop destroying our country Mr kaguta. How much money will actually satisfy you?

Africans should start the fight against this degradation of the continent by these construction companies and local so called politicians.
Report to administrator
0 #4 Lysol 2019-06-10 20:37
In the annals of history, there have been many wars among countries (even tribes), over land, oil (other natural resources) and water. What will those countries down the stream think? Like Egypt, for example? Not to mention the environmental factors.

The regime behaves as if all the waters in the region belongs to Uganda alone. Next time will take about the scramble for Lake Albert.with for it's natural resources.
Report to administrator
0 #5 Harveen 2019-06-11 02:10
Where do I sign to protest the Dam?

Thank you
Report to administrator
0 #6 Odongkara 2019-06-11 09:14
Allow me speak in a very inappropriate manner because as a native Ugandan I am much hurting.

I don't mean to hurt anyone person or social group but just making my point through how society perceives such a group.

Sending this petition to state house will bear no positive results because the evil scheme originates from there!

Can a chicken have a fair trial from a fox as the judge?
Museveni and his cohorts are the brain behind this project.

The current Uganda government leaders behave like prostitutes who will have sex with anybody at anytime in any place in any manner as long as money is paid.

Our government will never have any second thoughts as soon as any investors at any time dangles money to do any investment anywhere in Uganda the answer is always a yes! Malaya kabisa ndugu zangu no gavumenti zetu ya Uganda!!!
Report to administrator
0 #7 Lakwena 2019-06-11 11:03
Rome was not built in one day by one Emperor. But here we are, stuck with one sick man; obsessed with his self-importance (vainglory), utopia, and at all cost wants to do the impossible in a lifetime.

In other words, how can a selfish man who says that he is nobody;'s servant nor employee, but only fighting for himself and family, build a nation?

Desecrating the Murchison Falls is one of the many Mr. M7's hatred for Uganda, vanity (madness), materialistic and satanic obsession with "personal wealth creation" at the expense of the environment and the future of Ugandans.

For heaven's sake, leave Uganda's beauty and nature to its design.
Report to administrator
0 #8 rubangakene 2019-06-11 20:01
This is not a new issue. Many years back if my memory serves me well, an Israel company had offered to construct an hydro-power station at Murchison Falls albeit with a design that will be beneath the waterfalls thereby preserving its beauty its entirety.

No visual sign/noise of industrial activity completely. The problem with this government is that anything whatsoever initiated during the Obote regime must not be considered. We need this power electricity to build the north's self reliance.
Report to administrator