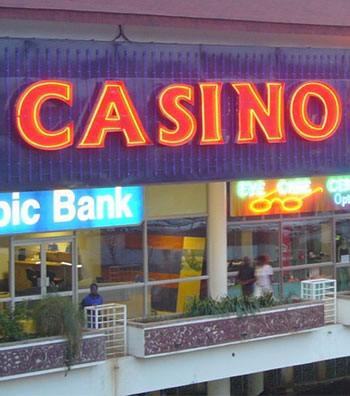 People are spending and raising tons of cash from casinos, betting companies and real estate –and that quantified in tax terms should make government happy but it isn’t.

Why? Because most money earned from criminal activities is being washed or laundered into the Ugandan economy through the gambling sector and real-estate businesses, the Financial Intelligence Authority (FIA) has said.

Samuel Wandera, the director International Relations and Strategic Analysis at the FIA – a government agency established to monitor, investigate and curb illicit financial flows, says that according to the Global Financial Intelligence report 2018, globally about 2 to 5 per cent of gross domestic product, GDP, is lost to money laundering activities.

“Using the same GDP estimates, if we apply it to the Ugandan size of the economy, 5 per cent of this or Shs 5 trillion would be lost to money laundering annually within the country,” he says. “These funds would be used to eradicate poverty and improve education and health sectors within the country.”

The FIA has commissioned a study to determine the exact amount of money lost through laundering.

Meanwhile, it was a dream assignment, visiting some of the most alluring casinos and sports betting companies in Kampala, to find out how Uganda is losing or earning money. Entering the casinos for the first time, I noticed there were no rigorous security body checks nor were clients required to register their names and addresses at the point of entry.

And casinos don’t ask their big spending clients for the source of money nor do they follow them after winning cash. Inside, men and women try their luck on the slot machines. As a beginner, I tried my first bet on a video poker game and I lost Shs 2,000.

In most casinos I visited, I could smell the rich scent of money and most gamblers appeared to be middle class, spending time on slot machines, betting, and talking less. Soft music and snacks are served free of charge for regular clients.

It’s an interesting place to unwind but it can also bankrupt you. However, it is hard to know who is laundering money or who is simply gambling their salaries or profits. According to insider sources interviewed at Golden Tripod Casino and Grand Imperial hotel, Kampala – owners or managers don’t see casinos as avenues of money laundering. They claim they are legitimate, registered businesses with the National Gaming Board Uganda (NGBU).

“We are working with NGBU to find a monitoring system where we can register all our clients, know their addresses, names and be able to detect launderers with suspicious funds…” the source said. 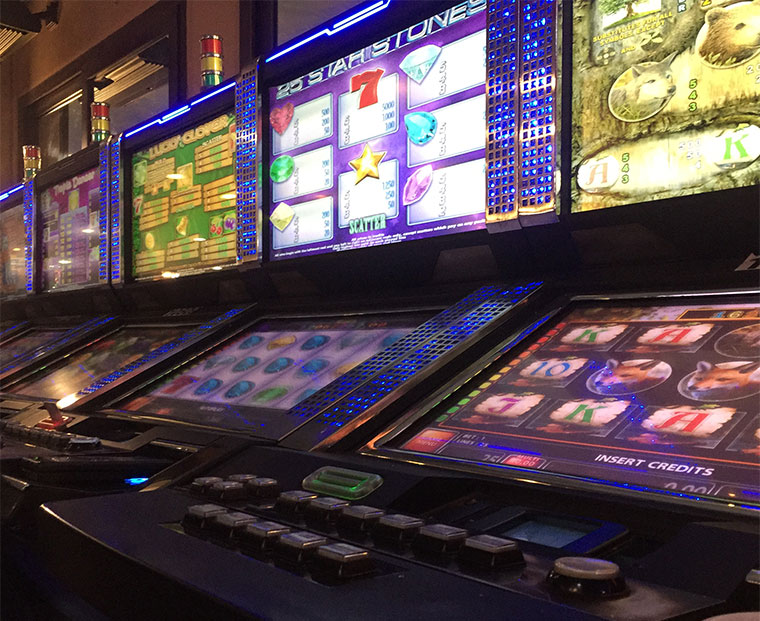 Probably unsettled by the expanding gambling sector, President Yoweri Museveni issued a directive in January stopping anymore issuance of permits to sports betting, gaming, and gambling companies. He claimed Uganda is losing a lot of money through gambling and sports betting.

According to a 2018 FIA report, the gambling industry in Uganda is growing pretty fast. The country now has 12 licensed casinos. And many are operating illegally. The report also says, all the 12 licensed casinos are partly foreign-owned by Chinese, Israeli and Russian companies.

The FIA says casinos are likely sources of illicit funds. It says many unlicensed casinos operate undercover at night, making it difficult for authorities to locate and shut them down. The FIA’s Wandera says their forthcoming study of money laundering and terrorism financing will include; casinos, sports betting businesses and the real estate sector.

He says once criminals get cash from corruption, terrorism, smuggling, tax evasion, robbery, counterfeit, trafficking and trade miss-invoicing; they easily use casinos to recycle the dirty cash through gambling. When they win big they run to banks to deposit the washed money claiming they won it from the casino. This, according to Wandera, is money used across borders to bankroll crimes like terrorism.

Also on the FIA’s watch list are some NGOs. “For example, [people in] developed countries form NGOs to cleanse money and they later transfer that money to NGOs in developing countries like Uganda [where] they can’t explain its source,” Wandera says.

Edgar Agaba, chief executive officer of the NGBU, says they work with FIA to detect launderers, but a lack of technology has until now hindered their efforts. They have had to rely on manual systems, which have their fair share of flaws.

“However in August this year, the government is bringing in an Automated Central Monitoring System (ACMS), which costs about Shs 10bn, to monitor all casinos within the country and detect criminals laundering cash, how much and often do they gamble and win. The system will also increase the tax base collection from Shs 45bn to Shs 60bn annually,” Agaba says.

However, according to Agaba, the system will effectively monitor all five online casinos, 14 land based casinos registered by 2019, and the 40 sports betting operators in the country. He explained that, the FIA report 2018, recorded 12 casinos, but currently, there are 14 casinos.

Manzi Tumubweine, chairperson of the NGBU, says they are waiting for policies from the Ministry of Finance to guide on how to run the betting companies and casinos to avoid money laundering.

From casinos to court

Vincent Sekate, spokesperson of the Criminal Investigations Directorate (CID), says money laundering is investigated by the economic crime desk at the CID headquarters. He said at the moment, very few cases have been investigated and concluded.

“We are working with FIA to investigate and arrest suspects,” he said. “If the banks detect an account with huge money say about Shs 20m and above yet it has not been active, they alert FIA and freeze the accounts as police investigates the source of funds.”

FIA also investigated and concluded a case at Equity Bank where fraudsters connived with employees of the bank and stole Shs 4.6bn from the accounts of two South Sudanese nationals. The other concluded case was the embezzlement of up to Shs 8bn from the Swedish embassy.

The FIA 2018 report found increased visibility of public officials in casinos, despite their modest salaries. This has been attributed to increased crimes in public offices such as fraud and corruption. But Agaba explained that some government officials sighted in casinos could instead be spying on money launderers.

As authorities come together to combat money laundering in casinos and more widely across borders, there is need for greater budgetary allocation. Rita Muzira, the acting communications manager for URA, said from July 2018 to March 2019, they collected Shs 20bn from casinos.

“However, we need technology, right tools and the capacity development,” she said.

This story was written as part of Wealth of Nations, a media skills development programme run by Thomson Reuters Foundation in partnership with The African Centre for Media Excellence. For more information at www.wealth-of-nations.org. The content is the sole responsibility of the author and the publisher.

0 #1 rubangakene 2019-06-05 23:05
Why does the NIA not close the gambling down if they are aware of those practices; talking about it won't solve the problem: act on it, you have all the means to do so at your disposal.
Report to administrator