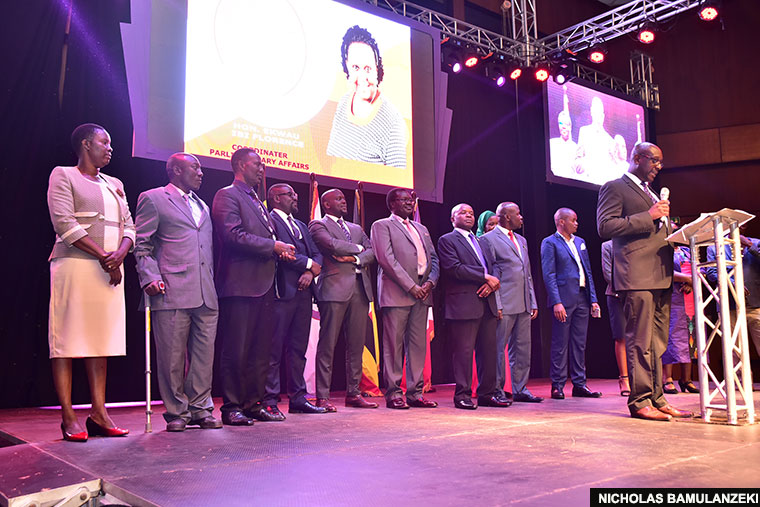 In his pursuit of change and the presidency, former Forum for Democratic Change president, Gen (rtd) Mugisha Muntu launched the Alliance for National Transformation [ANT], a new breakaway political party, at a colourful coming-of-age ceremony held at the Serena International Conference Centre in Kampala.

Muntu used the occasion to call out other Ugandans especially the middle-class to participate in politics if they are to get the change they yearn for. He also laid down the key election-year issues for his political party, which included good governance and accountability, health, education, land management, agriculture and, youth unemployment among others.

At the ceremony, the interim leadership of the new party was also unveiled. And not surprising majority of leaders were his former FDC compatriots. Here we profile the interim leaders of ANT who will hold office until the delegates’ conference next year that will elect office bearers for the next five years.

He is a retired major general who commanded the National Army for nine years. He was a member of the Constituent Assembly, the Parliament of Uganda and has represented Uganda in the East African Legislative Assembly (EALA). He also served as the secretary for mobilization and party president of the Forum for Democratic Change.

She is a former woman Member of Parliament for Soroti and later Serere district, which she represented for 15 years. She is a teacher and social worker by profession. She was the secretary general for FDC for 10 years and later deputy president for Eastern Uganda.

He is a lecturer of development studies at Makerere University. Little is known about his political work before joining ANT.

He has kept a lower profile until he was unveiled. He is a lawyer and former parliamentary candidate for Entebbe municipality.

He is an award-winning journalist who has previously worked with The Observer newspaper in Uganda. He is the winner of the prestigious David Astor Journalism Award (2014) and the Uganda National Journalism Awards in the categories of best reporting on politics; national news; Justice, Law and Order sector.

He is also a legal consultant on media law and regulation at Legal Brains Trust (LBT), a Uganda human rights watchdog NGO. He holds two degrees from Makerere University and a post-graduate diploma in Legal Practice from the Law Development Centre. He is currently pursuing a master’s degree in Journalism and Communication at Makerere University.

She is a former Woman Member of Parliament for Arua, a West Nile district she represented in the 9th Parliament on the FDC ticket.

He is a former Oyam North member of parliament. He has a master’s degree in International Relations & Diplomatic Studies, a Mass Communication degree of Makerere University and diploma in Journalism from UMI.

She is a civil engineer by profession. She worked as a Quality Controller at Rifa Electronics Stockholm, Sweden. She is the former Ugandan ambassador to the Nordic Countries, based in Copenhagen, Ambassador to the USA, Ambassador to Ethiopia & Djibouti, Director /Senior Advisor on International Affairs, the World Bank and a Permanent Representative to the African Union and member of the Peace and Security Council of the AU. 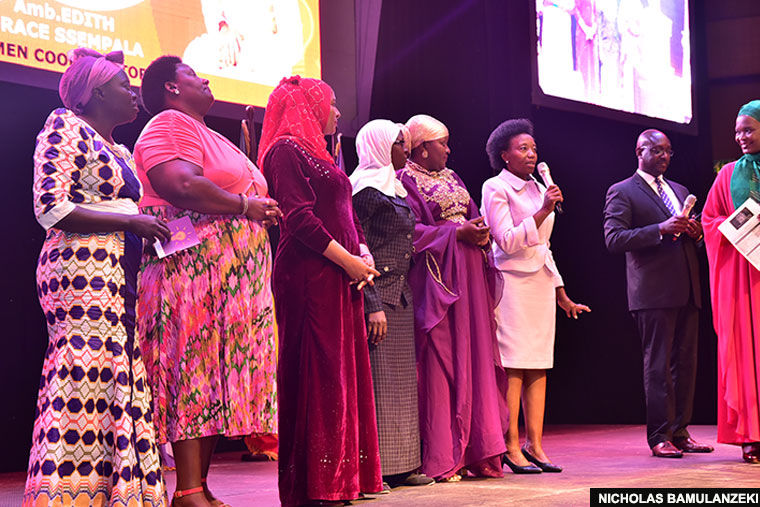 She was also appointed by the UN Secretary General as member of a Group of Experts to review the UN Peace Building Architecture. She was a key promoter of former Prime Minister Amama Mbabazi’s failed presidential bid.

She is a former FDC woman MP for Kaberamaido district in the 9th parliament. She narrowly lost her bid to become one of the 10 MPs representing Uganda in the East African Legislative Assembly.

She is a relative of former Prime Minister Otema Aliimadi and a vocal FDC activist.

He is a former FDC Electoral Commission boss. He was in the job for 10 years.

She is a banker by profession, a former national treasurer for FDC women league and FDC deputy secretary for industry. She holds a BA with Education, postgraduate Diploma in Project Planning and Management and currently pursuing a Master’s degree in Institutional management and Leadership (UMI).

Holds a master’s degree in Religious Affairs and Philosophy from Makerere University. He is also the former Secretary for Ethics, Culture and Religious Affairs in the FDC. He was the district Kadhi Bunyoro District (1987-1990).

Naye , I must say that his team has a lot of work to do in terms of RP and exposure.

I only recognized three names out of 14 names .
Where is Winnie Kiiza ?
Where is Kazora ?
Where are former NRA fighters ?

Where are NRM deserters !
Report to administrator
+2 #3 Ugthinker 2019-06-05 16:06
The destruction these people have inflicted on our country, I have, and will never support one of them in my entire life.

All the praises about Muntu, notwithstanding these people are such an ungrateful lot.
Ugandans can only vote for them out of self hate, otherwise for me, my vote will go for to any other Ugandan.
Report to administrator
0 #4 Marcello 2019-06-05 16:40
[quote name="Wooden K."]Hello Uganda ,

Naye , I must say that his team has a lot of work to do in terms of RP and exposure.

I only recognized three names out of 14 names where is Winnie Kiiza ?

WINNIE KIIZA AND FDC DESERTERS ARE PLAYING HIDE AND SEEK.

IF THEY IDENTIFY OPENLY WITH MUNTU'S PARTY THEY BY LAW LOSE THEIR PARLIAMENTARY FDC SEATS.
Report to administrator
0 #5 Wooden K. 2019-06-05 17:22
Thanks for the clarification Marcello !

Still , it would help Muntu to have some big names in his team . Matembe , Amanya Mugisha and other veterans under this category do not risk any seats anywhere.

Also , there are well known Generals who are no longer with Museveni`s NRM

Col.Bogere is there. Biraro is there . Brig.Andrew Lutaaya is there . Gen Sejusa may not be yet retired , but he is there

All I am saying is that you need a face and a name that attracts the public and creates headlines.