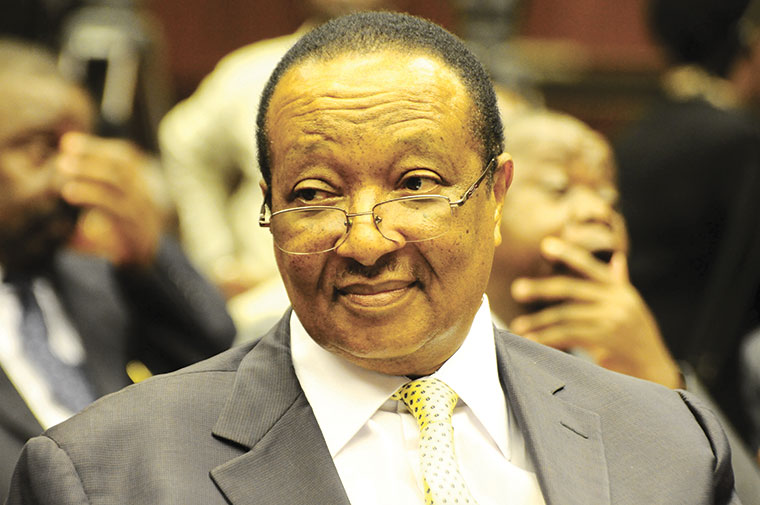 Prof Apolo Robison Nsibambi, 78, the widely admired former prime minister and chancellor of Makerere University, died at his home yesterday at about 6pm, losing a protracted ﬁght against prostate cancer.

He died in his bed at home in Bulange in Lubaga division, a Kampala suburb, with his wife Esther and domestic care nurses beside him, family sources said.

“I’m a neighbour here, so the wife called me hurriedly at around 6pm but unfortunately, [by the time I arrived] he had already passed on,” Rev Justus Miwanda Njagala told journalists outside Nsibambi’s residence.

Nsibambi – the longest serving Prime Minister, with a tenure of 12 years, has been battling prostate cancer.

“When the cancer reached its advanced stages, he opted to be treated from home and it is where he breathed his last,” a family source said.

The frail professor has been in and out of the Uganda Cancer Institute. In January he decided to be treated privately at home. Unfazed by his sickness, a family member said, the professor remained jolly and often asked visitors to play for him the piano for inspiration.

His body was last evening transferred to the A-Plus funeral home at Mengo hospital where it will remain as the family and government agree on the funeral programme.

“News of his death found President Museveni hosting Muslims for Iftar at State House [Entebbe] but he is expected to instruct the Prime Minister [Dr Ruhakana Rugunda] to work out the funeral modalities hopefully by 11am [on Wednesday], a committee will have been instituted but definitely, he will be accorded a befitting state or official funeral,” the executive director of the Uganda Media Centre, Ofwono Opondo said.

Nsibambi, a celebrated academic and politician, was an avid advocate of federalism during the Constituent Assembly, which wrote the 1995 Constitution but has been out of the public eye since late last year.

Despite his deteriorating health, the former Premier remained an active follower of the political trends in the country. At the peak of the ruling NRM push to muscle through parliament a Constitutional amendment for the removal of the 35 and 75 year age limits for presidential candidates, Nsibambi was one of the few senior citizens that strongly criticized the scheme.

And in August last year after the brutal arrest of Kyadondo East MP Robert Kyagulanyi (Bobi Wine) and several other opposition supporters during the Arua Municipality by-elections, Nsibambi again castigated the government highhandedness.

He is survived by five children and a widow.

“Amending the constitution (removing age limits) is unnecessary and MPs should abandon it, the law must not discriminate because by the time one is 75, is already tired. To remove Age Limit is to encumber him. The reasons MPs are giving are not sound. It is only in very exceptional cases where people reach 75 years and they can perform and there not so many.”