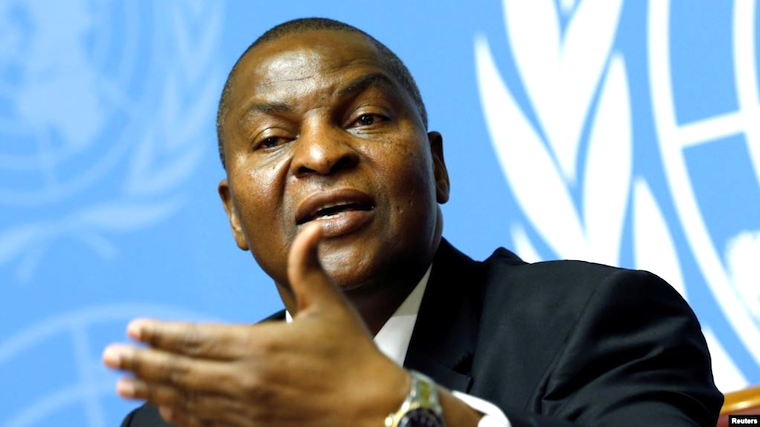 Central Africa Republic (CAR) is observing three days of official mourning for the victims of Tuesday’s massacre, which left more than 50 people dead in a town near the border with Chad.

President Faustin-Archange Touadera also called on the nation to mourn a 77-year-old nun whose decapitated body was found in southwestern CAR. The president is blaming the killings on the militia group known as 3R and is demanding its leaders hand over whoever was directly responsible for the massacre.

UN peacekeepers have stepped up patrols in the area around the northwestern town of Paoua. According to one UN official, 3R called a meeting of residents of nearby villages, then opened fire. The motive for the shootings is unclear.

Thirty-one people were killed in Koundjili and Lemouna. At least three other were killed in Bohong. Local security forces also reported the deaths of 15 people in Maikolo village, but this information was not immediately confirmed by the UN.

The slaughter was the biggest single loss of life since the government and 14 militias signed a deal in February aimed at restoring peace to one of Africa's most troubled countries. News of the bloodshed coincided with an announcement by the Vatican that a French-Spanish nun had been brutally murdered in a village in southwestern CAR.

In Rome, Vatican News said that the 77-year-old was found beheaded early Monday in the town of Nola, where she worked in a center to help young girls.

"According to a local member of parliament, the murder could be linked to trafficking in human organs," the site said.

The CAR government signed a peace deal in February with 14 separate armed militia groups, including 3R, all battling for control of the country’s mineral riches.

UN secretary-general António Guterres has urged CAR “to investigate these attacks and to swiftly bring those responsible to justice recalling that attacks against civilians may constitute war crimes,” according to the secretary-general’s spokesman Stephane Dujarric.

The fighting was sparked when Muslim rebels seized the capital in 2013, setting off a violent reaction from Christian militias and others.

3R takes its initials from three words in French meaning "Return, Reclamation and Reconciliation." It claims to represent the Fulani, one of the CAR's many ethnic groups. The militia was one of the 14 groups that signed the February 6 peace accord, the eighth attempt to end violence in the impoverished country.

Under the deal, the government gave out key positions to warlords and agreed to set up mixed units of regular troops and militiamen.

The head of 3R, Bi Sidi Souleymane, also known as Sidiki, was appointed one of three "special military advisors" to the prime minister, in charge of setting up the combined units.

Communications Minister Ange-Maxime Kazagui, in a joint press conference with the UN, said "the government joins MINUSCA in demanding that Mr Sidiki arrest those responsible for this massacre within 72 hours, or else be held responsible for these acts."

"The government urges the public not to yield to the temptation of reprisals," Kazagui said.

Unconfirmed reports from the region say that so-called "anti-balaka" groups — militias claiming to protect Christians and animists from attacks by Muslim groups — are mobilizing.

The CAR has been struggling to recover from the bloodletting that erupted when former president Francois Bozize, a Christian, was overthrown in 2013 by mainly Muslim Seleka rebels.

Armed groups, typically claiming to defend an ethnic or religious group, control about 80 percent of CAR, often fighting over access to the country's mineral wealth.

In a population of 4.5 million, thousands have lost their lives, nearly 650,000 have fled their homes and another 575,000 have left the country, according to UN figures as of December last year.

Pope Francis paid tribute to the murdered nun, describing her as a woman "who gave her life for Jesus in the service of the poor" and her killing as "barbaric."

He called for those gathered in St. Peter's Square for his weekly general audience to pray in silence for her.

0 #1 kabayekka 2019-05-24 14:03
This immense loss of African life due to differences in tribe and religion should be the issues taking priority at the Uganda Namugongo Martyrs' shrine convention.

What happened 120 years ago at Namugongo is still happening on this continent ten fold. The freedom of worship and the expression of ones tribe and free speech should be a universal human rights for all Africans on this continent.

That is why there is the need to strengthen the International Criminal Court. That is real Christian and Islamic human value. The African Union must be on standby attendance for the African victims in CAR, Nigerian and elsewhere, where Africans are really suffering badly.
Report to administrator