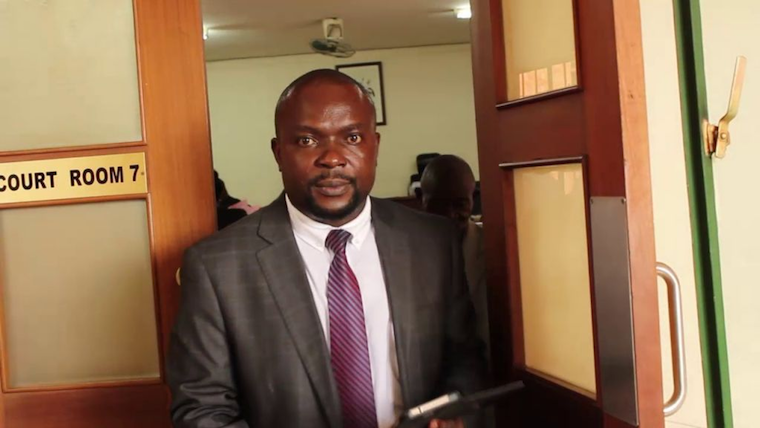 The acting Commercial court registrar in charge of planning, performance and development, Fred Waninda accused of assaulting two journalists has started his defense in a case filed against him by Uganda Journalists Association (UJA).

In his sworn affidavit filed by his lawyers of Rwakafuuzi and Company Advocates, Waninda states that the two journalists are just being used to blackmail him.

He notes that looking at their affidavits in court, the duo indicate private individual interests and not public interest as reasons for the suit which shows their scheme of blackmailing him.

Waninda allegedly assaulted the two journalists on April, 24, 2019 as they filmed the case where Waninda had testified on allegations of forging an agreement with intentions of grabbing land belonging to Charles Mulindwa, a resident of Bugujju in Mukono municipality.

Waninda was captured on camera in a video footage slapping and damaging a camera as he moved out of the commercial court premises. Waninda notes that UJA is being used to promote unprofessional and unbalanced reporting by Kisakye and Yiga who are allegedly hired by William Kaye, Sitenda Kamba among others.

He claims that Kisakye and Yiga are known to the people involved in the land case and during the court session, the two journalists acted like defendants in court by insulting and abusing him as they filmed, which he says was an infringement of his rights to privacy and dignity.

The hearing of this case is set for July 11 before Patricia Basaza Wasswa of the Civil Division of High court.