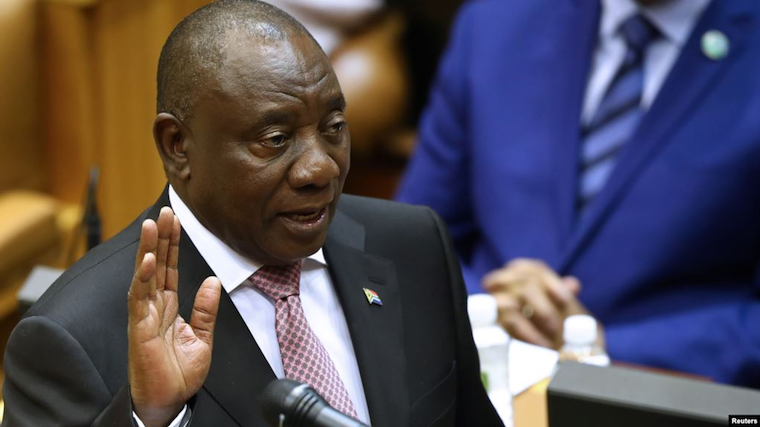 President Cyril Ramaphosa takes an oath as he is sworn in as a Member of Parliament in Cape Town, South Africa, May 22, 2019

South African President-elect Cyril Ramaphosa is showing signs of cracking down on corruption Wednesday as the country's new parliament voted him to lead the country for a five-year term.

In a sign that Ramaphosa is following up on his campaign promises to rid his party and government of corruption, the swearing-in of the country's current deputy president, David Mabuza, was postponed Wednesday.

Ramaphosa announced that Mabuza's investiture to parliament was delayed because of an incriminating report on him by the ANC's Integrity Commission, which alleges he brought the party into disrepute. The commission probes allegations of wrongdoing within the party.