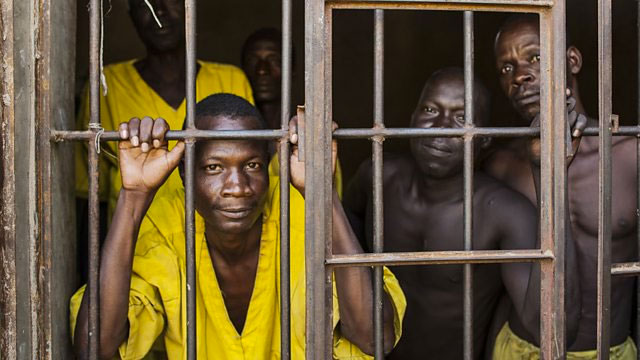 FILE Prisoners in a cell

A 46-year-old man has been jailed for 18 months in Nebbi district for insulting the modesty of women.

Mike Komakech, a resident of Got Moyo village was convicted by the Grade Two magistrate Mike Okonye on the basis that he used obscenities to insult his wife contrary to Section 128(3) of the Penal Code Act. According to the provision, any person who insults the modesty of any woman or girl commits a misdemeanour and is liable to imprisonment for one year.

He is also accused of threatening violence contrary to Section 81 (a) of the Penal Code Act and causing malicious damage to property when he set their family house ablaze after a domestic brawl. He pleaded guilty to the charges.

The prosecution alleges that Komakech used vulgarities and threw heavy stones aimed at his wife Elsa Onim with the intention to kill or injure her. He accused her of committing adultery after abandoning their home to reportedly watch an English Premier League game between Arsenal and Manchester City.

His wife’s father, Edgar Pirwoth told the court that Komakech humiliated his daughter when he undressed her from the video hall, where she had gone to watch the match. He was picked up by detectives in early March following a tip-off by the wife of continued harassment and embarrassment in public. He has since been on Remand at Koch government prison in Nebbi district.