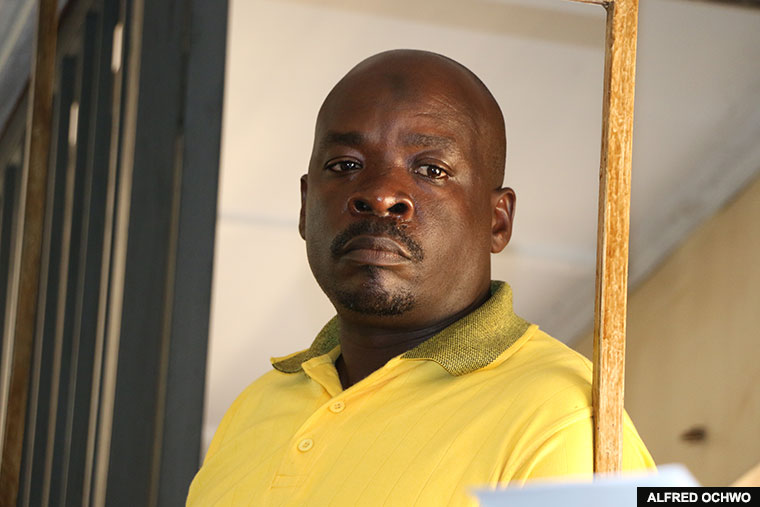 The moment the May 14th, eight-year sentence was handed down to Abdallah Kitatta by the Lt Gen Andrew Gutti-led General Court Martial, his rural ancestral villages of Bamutakudde, Kisanjufu, Kasenene and Nakkumbo in Mukono district echoed with screams of anguish.

Kitatta, pronounced guilty on May 13, was sent to Luzira Maximum Security Prison on May 14, for illegal possession of a gun; a preserve of the armed forces contrary to sections of the UPDF Act.

In the immediate aftermath of the sentence, this writer visited the four villages to get a feel of the anguish there. His father Hajji Mahmoud Naggoba has two homes at Kasenene, which are a stone’s throw away from Kitatta’s palatial country home at Nakkumbo. The other two villages; Bamutakudde and Kisanjufu are nearby, making a close-knit social cohesion typical of the countryside.

In these four villages, everyone knows everyone. Many of the people interviewed for this story were stunned by the verdict. Some called it extreme while others felt it was fair. Others wondered why the case morphed from murder to possession of illegal firearms.

“They arrested him on allegations linked to the killing of an accountant. What happened to that case?” said Badru Ssozi, the general secretary for Bamutakudde village.

Mention of the accountant was a subtle reference to the killing of Francis Ekalugar, a former accountant of Case Clinic, last year in January. Then, it was said that members of Kitatta’s now-disbanded Boda Boda 2010 organisation were responsible for the murder and later immolation of the then 49-year-old Ekalugar.

Dauda Kaddu, a resident of Kasenene village, said he was hurt that a son of the imam of his mosque was sentenced to eight years in prison. He said however, he was relieved the punishment wasn’t severe. “It could have been worse…I commiserate with his father but eight years is nothing; before you know it, he will be out,” Kaddu said.

Kitatta’s distraught father also believes eight years is not too harsh a punishment.

“When I went to see him, he said he would do the punishment because he said there are people sentenced to 50 years yet others have been sentenced to life. Eight years is little,” Naggoba said.

But Ssozi doesn’t believe eight years is lenient. “Prison is such a bad thing even holding you for just one year is bad enough to disorganise everything.”

Kitatta’s father feels the NRM government betrayed his son whose bidding he was doing until he was rendered useless.

“Everyone knows that he was working for them but that’s how they decided to repay him. What can I do about it; they are the ones with power. They have turned against him; it’s not fair at all. He told me he feels let down by the government, he worked so hard for them but that won’t break his resolve,” Naggoba said.

Kitatta’s sister, Hamida Nassimbwa, a former secretary of the opposition Forum for Democratic Change and now a member of Gen. Mugisha Muntu’s breakaway Alliance For National Transformation, ANT, said the eight-year sentence handed to his brother should act as of warning to NRM cultists.

Nassimbwa was undressed by police in 2015.

“Kitatta didn’t know the kind of people he was dealing with. Gen (Kale) Kayihura, who was the source of his troubles, is out and free yet him he has to serve eight years in prison. It’s a lesson to those overzealous NRM functionaries. They should be careful because the time of reckoning will surely come,” Nassimbwa said.

She argues that Kitatta became a pawn in the political chase game between Gen Kale Kayihura, the former Inspector General of Police, and Gen Henry Tumukunde [former minister for Security].

“They have no shame to try a civilian in a military court. There is no way you can be a complainant, a witness, and the judge. I didn’t know my brother was so big to even threaten the president. It is the state that gave Kitatta guns and everyone knows that, why are they now turning around to accuse him of possessing guns illegally?”

By the time Kitatta was arrested, he had Joseph Kiryowa and Company Advocates as his lawyers. However, he fell out with them after they disagreed on how to handle the case. Kiryowa insisted that Kitatta shoudn’t take plea, arguing that the court martial had no jurisdiction over him because he was a civilian.

In the first month he appeared in court, Kitatta refused to take plea at the urging of his lawyer. Kiryowa had wanted to challenge Kitatta’s court martial trial in the Constitutional court that in turn would stay proceedings in the military court so as to dispose of the challenge.

However, a lawyer working with Kiryowa who requested anonymity to discuss client matters freely, said Kitatta thought the process would take too long and would be laborious yet prison had started taking a toll on him.

“He refused our advice thinking that by taking plea, it was going to be easy to ask for bail. He was wrong. Now he subjected himself to military rules and there is no way he can extricate himself from them,” the lawyer said.

Asked why they allowed Kitatta to take plea in the court martial, his activist sister said, “We are not stupid to have allowed him to take plea; we had our reasons. We wanted to apply for bail but we couldn’t do so until we accept that it was a competent court that had jurisdiction to try him,” Nassimbwa said.

Asked what their next course of action is, Nassimbwa was non-committal but Naggoba said they are still discussing.

“I’m going to meet his wife and see what to do next because she is the one who has been handling the matter,” he said.

The one year Kitatta has spent in prison has been enough to see his investments go to waste. His farm at Nakkumbo is in ruins. Some of the workers have since abandoned duty. His maize milling machine at Nakasajja trading centre is long closed thanks to a huge electricity bill,” he said, adding, “His first wife had to move into their unfinished house in Nakkumbo for failure to meet expenses at their previous home. The fate of his eight children is not known as the new term begins. We don’t know how we are going to raise school fees because he was everything.”

When the mighty fall, they do with a thud, indeed.

Who has tortured Ugandans and remained happy ?
Mayombo, Tunyefunza, Karekezi Kayihura, Agasirwe, Muhwezi ,Tumukundes, Rwejemas and so many others, Everybody will carry his cross.

Yes kitatta was convicted but how about kanyamunyu?

How the killers of kasese residents, now that kitatta was muslim and amuganda this was the easiest gudgement.

Kitatta was neither TRIBE nor RELIGION sensitive in selecting his victims.
Report to administrator
+1 #14 Odongkara 2019-05-23 12:41
Quoting Karemire:

Yes kitatta was convicted but how about kanyamunyu?

How the killers of kasese residents, now that kitatta was muslim and amuganda this was the easiest gudgement.

Kitatta was neither TRIBE nor RELIGION sensitive in selecting his victims.

But Ahmed is right in posing such an observation. What has happened to Kanyamunyu with an illegal gun and shooting an Acholi.

If a Munyakole was shot by an Acholi would the narrative be the same?
Report to administrator
+1 #15 WADADA roger 2019-05-23 18:27
When Kitatta was joining the NRM system, nobody said he was betraying the cause, he probably though he was in bed with the mafias
Report to administrator
0 #16 Ed 2019-05-24 14:12
Stop lamenting, didn't you know that you were dancing with the devil?He knew that he was serving the most evil and purest form of evil regime.

The murders of those girls in Entebbe and Nansana were mainly beacuse they wanted organs.

The rulers are in on this, they sell organs and are involved in trafficking Ugandan girls to the Arabs for their kidneys and other organs. We are ruled by the most evil and ruthless group of people.
Report to administrator
12