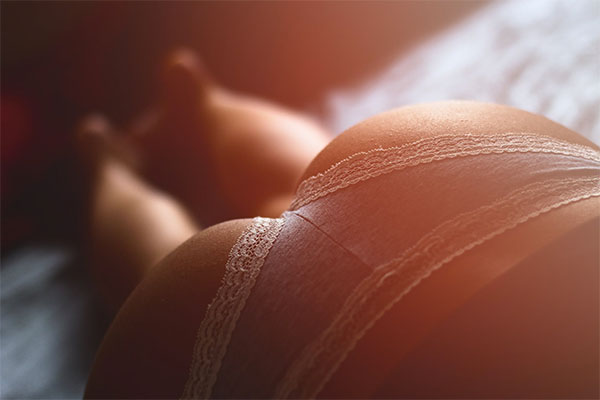 Many African women who live at or below the poverty line are forced to sell their bodies in order to make ends meet. The women do not notice anything of the many poverty relief programs that exist on paper in their countries.

This is the conclusion of a study by the African Investigative Publishing Collective (AIPC), conducted in close collaboration with ZAM magazine. AIPC is a team of investigative journalists; it is not an academic research institution or a polling agency.

For this research, journalists spoke to 226 women of all ages from around 12 to 60, randomly selected in townships, squatter camps and villages, in dilapidated rentals, on markets, at bus stations and other community hubs, in seven African countries.

Close to two third of these women, 148 to be precise, resorted to the ‘last resource’ and mentioned to be scared of HIV/AIDS and death. They said that most customers didn’t want to use condoms and that they did not have access to proper health care. It was because of this pervasive fear that was all over the answers we received, that we decided on the subtitle ‘Risking death to feed your kids.’

The interviewing exercise was carried out by a predominantly female team of the AIPC in Nigeria, South Africa, Liberia, Uganda, Zimbabwe, the Democratic Republic of the Congo (DRC) and Kenya.

Lastly, to protect the interviewed women’s privacy, we changed all their names –including the first names.

In a conclusion, the AIPC says that bad governance seems to be at the root of much of the misery experienced by the women and recommends that donor governments and multilateral organisations focus more on strengthening public administration and rule of law in countries such as the ones in the report, rather than simply allocating budgets to incapable governments.

In another conclusion, the AIPC calls for more research to see if its observation that bad governance seems to be at the root of much of the misery experienced by the interviewed women can be further substantiated.

It recommends that donor governments and multilateral organisations, if that is the case, should focus more on strengthening public administration and rule of law in countries such as the ones in the report.

Here’s one of the articles compiled by Patience Akumu from Uganda with the support of the Pascal Decroos Fund.

HIV will kill you in twenty years, but hunger in two days.

“Who has never done it? They will not tell you but every woman here in Kamwokya is a prostitute,” says Emma, the hair dresser. “Look around. Even this hair salon cannot make money. How do you think they survive?” HIV will kill you in twenty years, but hunger will kill you in two days, the women in the Kampala slum tell one another.

Some keep up appearances for the outside world, often even for their own families and neighbours, but most know there is no escape from sex work. Even Bridget, who just had a baby, plans to go back into the streets, because “a husband may leave anytime” and even when he is there, he often doesn’t “leave money on the table” for groceries.

Many who have come here, to Kampala’s slums, have moved away from meagre existences elsewhere. Often, men still come with some starting capital, even if little; they have sold off land and other property to find greener pastures.

But in a culture where assets are passed on to men via male-only inheritance, most women leave the village with nothing. The women that we talked to in many cases fled abusive marriages; some ran to Kampala with their children while others left the children behind.

The women came to town with nothing

Either way, the women have to find a way to get money; not just for themselves but also to send back home, for children, aging parents and other relatives. Jobs being scarce, they are domestic workers for richer families in town, or try to run businesses, like Emma. But it is not enough. The women in Kamwokya hate what they have to do for relatives back home, food, milk for the baby, rent and school fees.

“Sex work is not like any other job. The men usually only care about their satisfaction. We are meant for love not to sell sex. But what can you do when you have not eaten for two days?” sighs Winnie, who helps in Emma’s hair salon.

There is an omnipresent fear for AIDS, even if you have to blank it out as you go about your business. All of the women mention it. Abbo, who works in a night club, and smells of beer on her breath, tells me how one day this man came and said he would give her 500,000 Ugandan shillings (about US$ 150).

“I was excited and I went with him. He did not want condoms and, when he was done, he told me the money was for buying my coffin. He said he had given me HIV. After months of being scared, I went to check and I had it.” Life should not be like this for women, many say angrily. They blame “useless men and the government.”

It should not be like this especially in Uganda, which is ranked among the top five women empowerment countries in Africa, with thirty-four percent of parliamentarians being women.

President Museveni, in power since 1986, has repeatedly said that the country is on the way to middle-income status, too. But about a third of the population still live in extreme poverty, on less than US$ 1.9 per day, and most of these are women.

With the wealth gap widening, and the government variously focusing on the fight against short skirts, pornography and gays instead of on governance, employment and education, the women of Kamwokya have little hope for improvement.

Passover church is where the people of Kamwokya go to nourish their spirit. Even if they know what many in the area do to survive, they will call prostitution ‘the work of Satan’ when the subject comes up.

“When you are hungry, when your husband chases you from home and you have nowhere to sleep,” Latifah says, “you pray. It is better than selling your body. Selling your body is the work of Satan.”

Outside the one-roomed house she shares with a husband and three children, Latifah says she wants to leave her husband because he mistreats her and does not give kameeza- money men traditionally give their wives to cater for daily household needs.

“You know how men become. He has stopped me from working. Yet, he does not always buy food. The other day he bought a sack of posho (ground maize) and beans. That is what we have been eating for a month.

He comes back drunk and angry and he beats me and the children. If I don’t get either a job or help from an NGO, I will go home and dig (the soil to plant, PA).”

In the village of Tororo in eastern Uganda, there are still eight out of fifteen who say they will never become ‘prostitutes,’ that one should ‘stay strong and stay hungry, and ‘pray to God to provide.’

Diremba fears your ‘husband might kill you’ if he finds out what you do, even if he does not leave money on the table and your stomach is grumbling. “You must just work harder,” say Hope and Velma.

But market restaurant stall owner Nomono already crossed the line. “I have done it but I hope it does not mean I am a prostitute,” she says apologetically. She sells food for as little as a thousand Ugandan shillings (about US$ 30 cents) a plate. It is all her clientele can afford but it is not enough.

Everyone here talks about sick parents, a sick sister, paying back loans, money to farm because the farm is dying. There are those who don’t care anymore and openly solicit clients.

“You ask us about sex for money. These are the consequences. This baby here,” Bertha’s sisters joke about her fatherless toddler. All three sisters go with truck drivers who pass through Tororo.

They know the game well: they were raised with the money their mother got this way. Even so, none of the teenage girls was able to complete school. They joined the trade partly because their mother “has suffered enough,” says Amy, who is fifteen years old. Several Ugandan MPs and the Gender ministry were approached for comment. None replied.

Patience Akumu had wanted to check the northern part of Uganda, too. The region around Gulu has always been the poorest and has also been ravaged by war: first the war waged by Joseph Kony’s the Lord’s Resistance Army, now as an area where many refugees from South Sudan end up.

A traditional opposition stronghold, the area continues to be very sensitive. Army and police buzz around at many roadblocks. Patience Akumu was stopped from going on with interviews; formal government clearance was requested.

Since sex work is illegal and very broadly defined under Ugandan law, her research would have come under intense scrutiny. She opted to go interview elsewhere. Tororo, in Eastern Uganda, was the second option, since it is also counted among the country’s poorest regions and has recently overtaken the north as the poorest region in the country.

This article was researched and written by African Investigative Publishing Collective in close collaboration with ZAM magazine.

0 #1 kabayekka 2019-05-22 12:41
Interesting article indeed. Tell it all to the devoted NRM religious leadership in this country. They might start to accept our proposal for this country to start thinking of building up an African welfare programme for the citizens.

This business of handing a whole country's treasury to one man and his Parliament and judiciary does not prepare the country for a better future. Thanks for the research on the last resource of a human who is female.
Report to administrator
+3 #2 Isaac Musinguzi 2019-05-22 14:40
NRM is the worst thing that has happened to women in Uganda. Museveni deceives women during elections talking about how his incompetent and corrupt government has uplifted women but in reality, he only sees women as votes.

Women are worse off in Uganda during NRM rule compared to any other period in the history of Uganda. Sad state of affairs.
Report to administrator
+1 #3 Lakwena 2019-05-23 16:14
Quoting Isaac Musinguzi:

NRM is the worst thing that has happened to women in Uganda. Museveni deceives women during elections talking about how his incompetent and corrupt government has uplifted women but in reality, he only sees women as votes.

Women are worse off in Uganda during NRM rule compared to any other period in the history of Uganda. Sad state of affairs.

In other words Musinguzi, Mr. M7/NRM is a pimp. pimping Ugandans.

E.g., recently the Speaker Kadaga broke the news that there are Cabinet ministers who own the companies that engage in human trafficking, and women are main victims of human trafficking.
Report to administrator