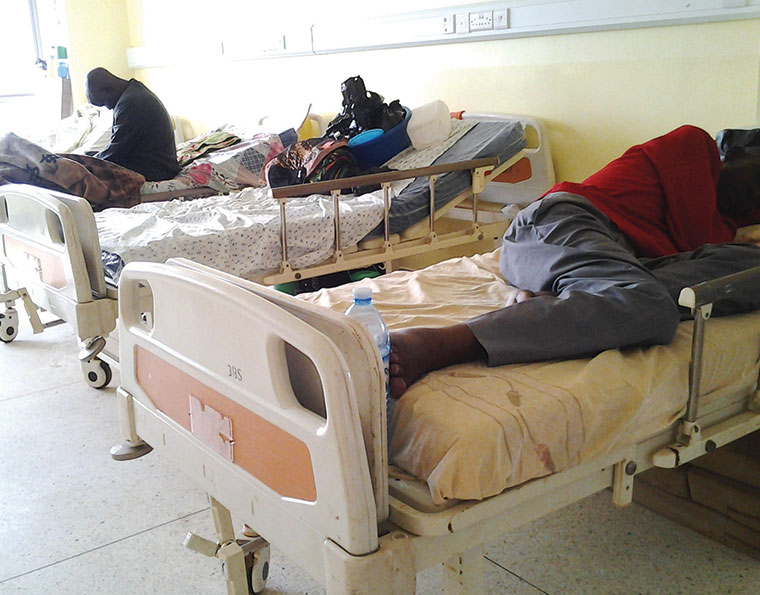 Air pollution-related deaths are far too common a way to die for the young and elderly in Uganda.

About 31,600 people die in Uganda from air pollution-related diseases annually like heart disease, chronic obstructive pulmonary disease and lung cancer, and most fatalities are in dusty communities, industrial and commercial areas, which have too many cars gushing fumes and dust, Dr Daniel Okello, the KCCA director of Public Health and Environment, has said.

This is almost equal the number of HIV/Aids-related fatalities. According to the World Health Report (2016), the mortality rate from air pollution in Uganda was 155.7 for every 100,000 in 2016.

Okello said that if car emissions are not reduced, more people are likely to catch respiratory diseases and others would die.

“Our recent findings have shown that flu and cough-related diseases have increased in the last one year due to the polluted atmosphere,” he said.

New research from Makerere University has found that an increase in the number of old vehicles on roads has led to the deterioration of the air quality far beyond the World Health Organization’s recommended levels. The poor air quality, according to the research, puts children below 10 years and other vulnerable groups such as the elderly at risk of major lung infections.

According to experts, Kampala’s annual mean pollution levels exceed the WHO guidelines by up to five times at 48.7 micrograms per cubic meter [µg/m3].

Mr Samuel Etajat, an air quality researcher at the East Africa Geo health hub under Makerere University School of Public Health, says WHO recommends 2. 5 micrograms per cubic meter of particulate matter as the maximum acceptable levels – beyond that the air quality becomes harmful to infants.

He described particulate matter as dust particles, which cannot be seen by the naked eye but are very dangerous to human health. Such small particles affect children below 10 years largely because their respiratory system is not fully formed and can easily be destroyed.

Exposure to contaminated air narrows or blocks the children’s blood vessels and can lead to heart attack, chest pain, stroke, or other respiratory diseases such as asthma, chronic bronchitis, lung cancer, and pneumonia.

“Air pollution is one of the leading preventable causes of death in the world, killing nearly seven million people a year mostly in urban areas,” he said.

Globally, air pollution is responsible for about 25% of all adult deaths from stroke, 24% from heart disease, 43% from chronic obstructive pulmonary disease (COPD) and 29% from lung cancer, WHO estimates show.

“We appeal to government to put policies in place that will eliminate old vehicles, reduce traffic to save lives of vulnerable groups especially children. As an institute we carry out research to inform the relevant authorities that people can get good air and reduce diseases caused by air pollution.

He said ambient air pollution, made of high concentrations of small and fine particulate matter, is the greatest environmental risk to health causing more than three million premature deaths worldwide every year.

Uganda lacks real-time, sufficient and publicly accessible air quality monitoring network. Scarcity of reliable data and air pollution exposure information is a major issue in Uganda. There are a few privately installed air quality monitoring networks around Kampala. These include; AirVisual Node Monitors and a real-time PM2.5 monitor in the U.S. Embassy compound in Kampala.

“This is because Kampala being the capital city accounts for more than half of the number of vehicles in the country  most of which are in poor condition and therefore not fit to be on the roads as they emit a lot of dangerous gases,” he said. He said the use of adulterated fuel also compounds the problem.

Kitaka urged government to make vehicle inspection mandatory to help reduce air pollution. He said government should stop focusing on the year of vehicle manufacture but look at maintenance as well because if a vehicles is not properly maintained it is more dangerous than an old vehicle, which is properly serviced.

This contrasts sharply with cities with clean air quality levels taken at the same time with Kampala’s, yet these are some of the most industrialized cities in the World. Beijing, China’s air is at 48(?g/m3), Zurich, Switzerland at 21(?g/m3), and Los Angeles, USA at 25(?g/m3), all cleaner than Kampala.