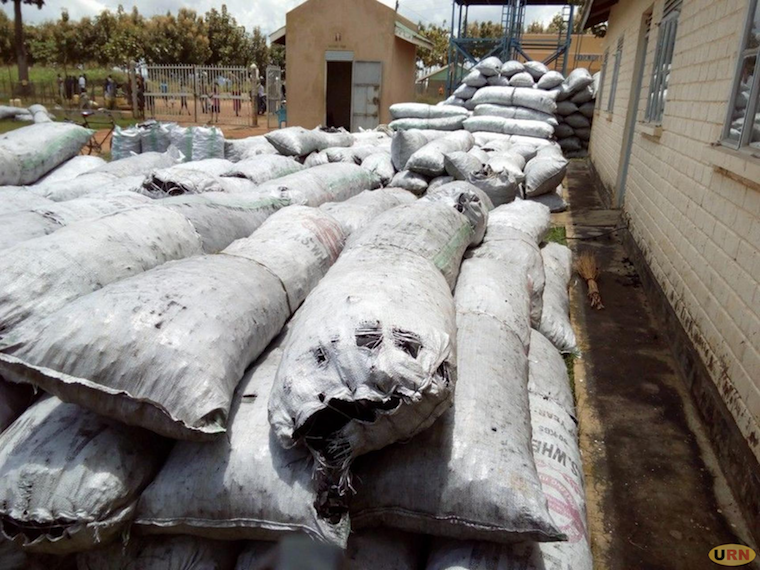 Gulu district has realized over Shs 600 million in fines and penalties levied against illegal charcoal and logging business.

The district forest officer, James Ocaka says that the money was raised in the first quarter of the financial year 2018/2019.

The district has been charging between Shs 10,000 and Shs 20,000 on each bag of charcoal and equally raised part of the money from fines on impounded trucks loaded with logs and charcoal.

According to Ocaka, Palaro, Awach and Paibona sub-counties have been worst hit by the indiscriminate felling of trees. He disclosed that a recent biomass study conducted in Gulu indicates that 50 per cent of forests have been destroyed in Gulu.

The most affected tree species include Africana Afzelia, Shea and Mahogany. Gulu district vice chairperson, Simon Peter Oola who also heads the charcoal task force said the money will be channelled towards supporting schools and health centres in the district. He also says that some of the impounded logs will be used to make furniture for disadvantaged schools.

In other words, the people of Acholi especially the leadership must wake up! E.g. there are no more forests in Luweero!

Because the loggers and Charcoal Barons are powerful people from the West and/or Central; the indiscriminate logging and charcoal burning, is a deliberate environmental long term sabotage: to turn the Acholi Sub-region/northern Uganda into an eminent desert wilderness.

In other words, put a Moratorium on people coming from outside the Districts from logging and charcoal business!
Report to administrator
0 #2 zzungulu zungulu 2019-05-21 15:34
NO AMOUNT OF MONEY/CASH is WORTH THE FORESTs/TREES CUT DOWN! You Acholi public/local servants should plough back that money into nurseries/seedlings raising all the endangered indigenous trees you name!!!

Short of that, we remain the STUPID PEOPLE who contributed towards environment degradation.
Report to administrator
+1 #3 rubangakene 2019-05-21 21:43
Where is Mama Kabira now, eh? Why doesn't she bray about trees being felled in Acholiland.

Is it because she has eaten big from NRM and is still digesting the same like a python? Damn hypocrite if you ask me!
Report to administrator
0 #4 Lakwena 2019-05-22 08:11
Quoting rubangakene:

Where is Mama Kabira now, eh? Why doesn't she bray about trees being felled in Acholiland.

Is it because she has eaten big from NRM and is still digesting the same like a python? Damn hypocrite if you ask me!

In other words Rubangakene, you can imagine how Jesus felt, when Judas Iscariot betrayed him with an embrace kiss in the Garden of Gethsemane (Public Park). It is heart-wrenching.
Report to administrator