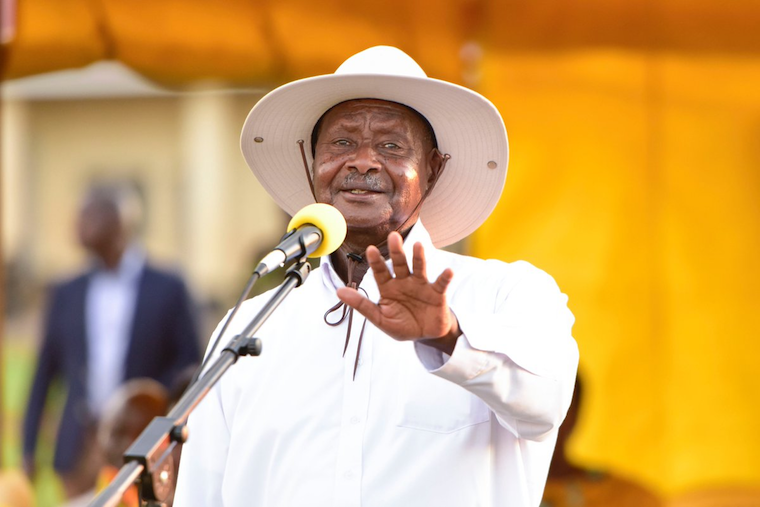 President Museveni, who is on a tour of the country, will meet NRM and district leaders from Yumbe and Koboko on Saturday in Nebbi district before moving to Arua and later Adjumani on Monday.

However, in a meeting of Yumbe NRM leaders and supporters on Thursday, the leaders unanimously resolved that they will not travel to Nebbi to meet the president. They want the president to meet them separately in Yumbe.

Amin Aniku the NRM chairman Yumbe says with all the support they have given to the president and NRM party, they have their own demands that they want to present to Museveni.

"We have decided not to go for that rally in Nebbi…the reason being that in the recent elections we have voted almost 70% for NRM and for Museveni. And despite all those achievements, the president has no time for us as Yumbe…In the program we see him moving to other districts but ignoring us here in Yumbe. This time we are saying we are not ready to move to Yumbe, we ask the president to come here. We shall not go there as Yumbe. Yumbe delegate is not going." said Aniku.

Among the demands that the Yumbe resident hope to present include; tarmacking of the Koboko Yumbe and Arua-Yumbe roads, compensation of landlords who gave their chunks of land to host refugees in Bidi Bidi Camp in Yumbe district among other issues.

The resident district commissioner Yumbe Richard Andama says that he will try to persuade the leaders to travel to Nebbi.

These people have been empowered a long time ago by you know who. The call a spade a spade and there is no mincing of words; just watch this space for developments.
Report to administrator
0 #3 Karemire 2019-05-18 00:26
Quoting WADADA roger:

That Stage managed but the election will say it all, guess they have picked villagers from the whole of west nile with a promise of 5000/= in order to show the public that they had so many people

Depite that, the President will rest assured that the W-Nilers will vote NRM till Amin's remains are brought home, just like the Ganda & later the Langi did for theirs', respectively.
Report to administrator