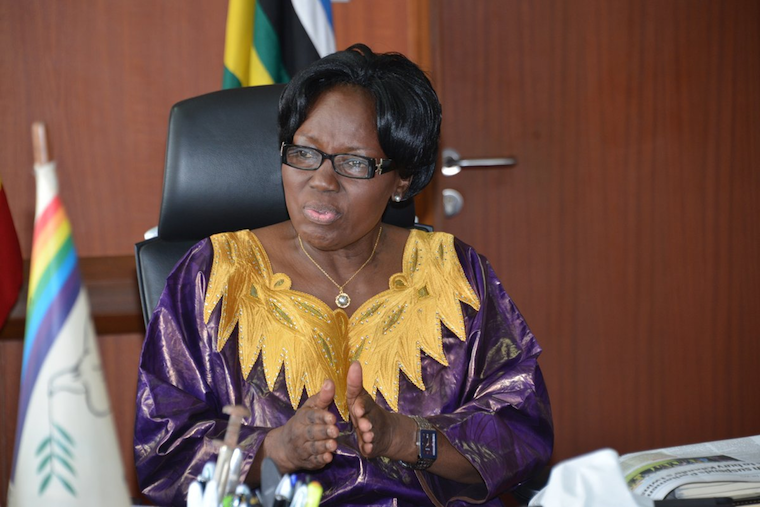 The speaker of parliament Rebecca Kadaga is against a move by the parliamentary commission to pay Shs 200/daily social media tax for each of the 458 members of parliament.

According to available bid documents, parliament will pay the monthly Shs 6,000 over the top tax (OTT) and also 5GB data bundles for each of 458 legislators at Shs 30,000. This means parliament will spend at least Shs 197.8 million annually on data bundles and OTT for the MPs.

The move has attracted nationwide condemnation, with many a Ugandan arguing that MPs are some of the most paid in the country, and that having passed the social media tax law last year despite public opposition, the MPs ought to pay the taxes just like everybody else.

Now Kadaga says she sides with the people and doesn’t believe that the taxpayers should pay OTT for the MPs. Addressing journalists at parliament on Thursday, Kadaga promised to find out those behind the decision and scrutinize the contract.

"I have not seen the agreement but I don’t believe that the public should pay OTT for members of parliament. No. I don’t support it...I would like to reiterate that I am opposed to this arrangement. And if there is any such agreement, it will be looked at it again and corrected. We as MPs should be able to pay our OTT." said Kadaga.

Yesterday, Kakumiro district Woman MP, also member of the parliamentary commission, Robinah Nabanja defended the decision to pay OTT and provide data bundles for the legislators. Nabanja said it was okay for parliament to pay for the tax since the iPads that the MPs use belong to parliament and they use them for official work.

She likened the iPads to someone hired to dig a using hoe, saying they are not expected to bring their own hoes. Peter Ogwang, the commissioner in charge of finance in the parliamentary commission also defended the decision, saying just like parliament buys internet for its computers in the House, they are also extending that service to pay the OTT tax for the MPs' iPads and not their private phones.

"I’m wondering why an iPad which is given to me for my work - the very way government pays for a desktop in my office and internet why it is becoming an issue? I want to make this clear, we are paying for that line because it is that line for the office of that member of parliament and that property is not his, it is a property of government…It is also erroneous for us [parliament] not to pay for that line." said Ogwang.

The tax drew outrage from several Ugandans, saying it would curtail access to information. Several legislators supported the social media tax, saying it would generate additional income for government.

What she should have fought, if she wanted us to think she is pro-citizens, is the immoral inrease of MPs' salaries and emoluments!
Report to administrator
+2 #3 Wazza 2019-05-17 09:13
Honestly I hate this woman. You choose to fight very small wars like OTT and ignore the big ones like age limit, unnecessary loans, huge parliament wages, police brutality etc.

You are such a useless woman
Report to administrator
+1 #4 Immaculate Nambi 2019-05-17 13:24
Wait, so she has no problem with the public paying for MPs data (5GB) every month but has a problem with OTT.

The burden should rest on all Ugandans indiscriminatively.
Report to administrator
0 #6 Lakwena 2019-05-18 10:01
In other words, the problem of Uganda and Ugandans; is not the lack of money but the DISHONESTY of the political leaders and some of the opportunistic citizens.

Otherwise, if there were the sense of honesty, concern for others, fairness and social justice; there is enough money in this country to go around, to satisfactory cater for our social economic needs.

But because abominable criminals have captured political power and the state; the social economic disparity between the have and have-not, gap can only increase to the peril of both parties (random violence):

Honestly I hate this woman. You choose to fight very small wars like OTT and ignore the big ones like age limit, unnecessary loans, huge parliament wages, police brutality etc.

You are such a useless woman

She is waking up too late on a sinking ship.
Report to administrator