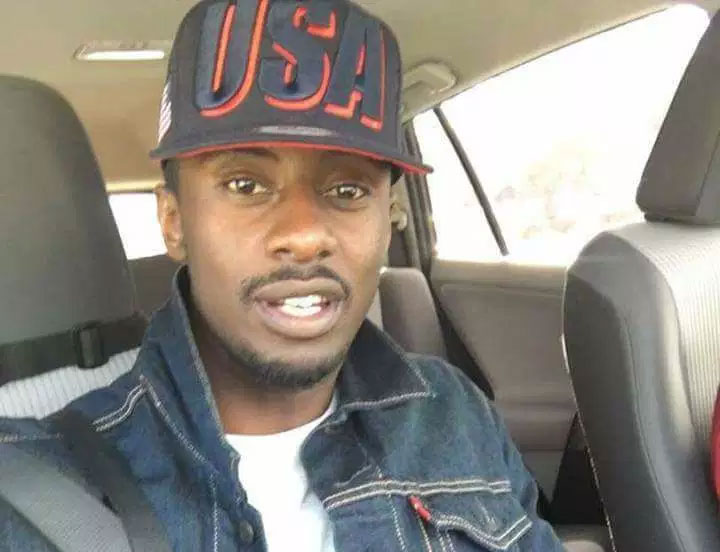 Patrick Kasaija aka Patrick Agaba (Pato) the prime suspect in the kidnap and eventual murder of cashier Susan Magara has been extradited.

Agaba had been on Interpol's wanted list since March 2018 after investigators in the Magara murder case learnt that he was part of the group that kidnapped her on February 7, 2018.

Magara was kidnapped from Kabaka Anjagala road in Mengo on her way to her apartment in Lungujja and held captive for three weeks. Later, her mutilated body was found in Kitiko village between Kajjansi and Kigo along the Entebbe expressway. Her kidnappers had initially demanded for a ransom of $1 million before murdering her even when her family had paid $200,000 (about Shs 700m).

Agaba, who also went by the name, Patrick Kasaija in South Africa was arrested on March 7 last year from his Midrand home in Johannesburg for various crimes for which he was reportedly charged. However, his extradition was delayed by the fact Uganda and South Africa do not have a treaty on extradition of high profile suspects.

South African Police Services (SAPS) said South Africa had decided to extradite Agaba so as to send "a message to all criminals that they cannot commit crimes elsewhere in the world and use South Africa as a hiding place."

-1 #1 Robert Atuhairwe 2019-05-16 13:13
This guy should be hanged if he is found guilty to send a message to kidnappers who have made it a profession of sorts
Report to administrator
0 #2 WADADA roger 2019-05-17 15:54
The Police has evasively refused to tell Ugandans the real issue behind the death of Magara and why somebody had to travel all the way from South Africa to follow up the matter.

I think and i believe this was a case of money laundering gone bad. My guts inform me that Pato was involved in the business of stealing money from somewhere and needed a channel through which to get the money into Uganda.

He needed a busy account which he got through Suzan Magara and that account belonged to her father.

I think they negotiated and agreed on how much each party was to receive but the father refused to honour his promise upon getting the money deposited into his account.

That is why Suzan had to be kidnapped to force the old man to release the money and when he refused or delayed, they killed his most beloved daughter having received i think less than what they had agreed upon.
Report to administrator
0 #3 WADADA roger 2019-05-17 15:57
Alternatively, Susan was kiiled not because the ransom was less but because the kidnappers feared that Suzan could report them if they left her alive.

That means that the kidnappers were known to Suzan and the only way to hide reporting them was to kill her. The father should be aware of these facts but has remained silent because he could easily be implicated.
Report to administrator
0 #4 WADADA roger 2019-05-17 16:07
If these guys are not careful, this guy will get out of prison a free man after all due to gaps in the evidence being paraded.

I hear his conduct towards the end of the ordeal was very suspicious, when on the 13th February, 2018, he applied for a Visa to South Africa, with a flight plan for 16th, February, 2018 but Instead, he left Entebbe International Airport, on the 17th, February, 2018, for Harare, through Nairobi, where he however, stopped and falsely declared to the immigration officials, how he was returning to Uganda, from, Accra, Ghana.

Supposing he missed a flight, supposing he had good reasons to change plan. The argument that Pato returned to Uganda on the same day and thereafter, travelled by road, through Botswana to South Africa on the 24th, Febuary, 2018, cannot stand. where is the evidence that he traveled by road. Assuming that he traveled by road, is this information that any Police would want to disclose at this time.
Report to administrator
0 #5 WADADA roger 2019-05-17 16:08
I also hear that the suspect owned 2 Passports; Number B0661869 that was valid until 3/03/2018, in the names of Agaba Patrick, and No B1177225 that is valid till 19/01/2025 in the names of Kasaija Patrick.
Report to administrator
0 #6 Lakwena 2019-05-19 16:51
Quoting Robert Atuhairwe:

In other words Atuhairwe, Mr. M7 should also be hanged for ordering the killing e.g., Yasin Kawuma in Arua last year.
Report to administrator