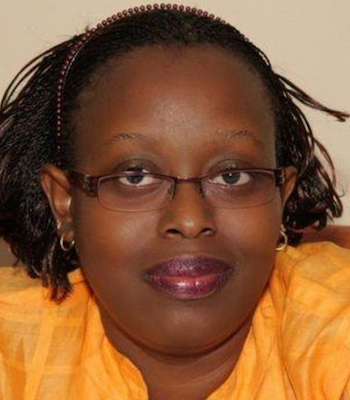 The Office of the Solicitor General has responded to allegations of sexual harassment raised by Samantha Mwesigye, a senior state attorney.

Last week, Mwesigye while on NBS TV, accused Christopher Gashirabake, the director of legal affairs in the ministry of Justice and Constitutional Affairs of subjecting her to sexual harassment for over 10 years. Mwesigye said that she had reported the matter to different agencies but wasn’t helped. A leaked conversation she had with the Prime Minister, Dr Ruhakana Rugunda on March 3rd on social media has since gone viral.

“I know this is a break in protocol but am at work ends. I have done everything to follow protocol but the system seems orchestrates to frustrate me," she wrote.

Mwesigye noted that she had exercised restraint in ensuring that the matter doesn’t become public to protect the institution but that she also needed to be protected. She explained that she was even being frustrated and that she had intended to attend a UN procurement course in Washington using her own funds but the ministry denied to recommend her as her employer.

"Sexual harassment is systematic and must stop. Government must do more to ensure that women are protected in the workplace," Mwesigye wrote.

She attached her petition to the inspectorate of government. Mwesigye said she was never helped prompting her to go public. On Tuesday, the solicitor general Francis Atoke, issued a statement indicating that he constituted a Committee as required by the Employment (sexual harassment) regulations 2012 on February 6, 2019 to investigate the complaints.

"The committee is chaired by the administrator general and other senior officials from the ministry e.g. the secretary Law Council, the acting undersecretary finance and administration and the assistant commissioner human resources management,” reads the statement in part.

Atoke says that the committee has since reviewed the evidence that Mwesigye submitted to his office in line with the Employment Act 2006 and Employment (sexual harassment) Regulation 2012.

On April 29 the committee requested Mwesigye to submit additional evidence, if any, related to the allegations. She provided the said evidence on May 5 in form of emails and WhatsApp messages between her and Gashirabake.

"The committee has similarly written to the accused to tender in his response to the allegations," the statement reads.

Atoke says that the Justice ministry has taken every effort to address the allegations through established structures and will continue to handle the matter to its conclusion.

"The ministry remains firm that the committee will do a thorough job and as soon as its investigations are complete, a report will be submitted to the top management of the ministry of Justice and Constitutional Affairs, with recommendations for appropriate action," he said.

It is largely associated with ego that lies in the head every man's head to the extent that they feel less of men when they make advances on a lady and she refuses.

I think as men, we do not want to be rejected but then, what would a man benefit from sleeping with every lady that they admire. I think it was too much for the poor lady, she had failed to deal with the problem within the confines of work.
Report to administrator
0 #4 mungu 2019-05-15 18:16
What has a UN procurement course in Washington got to do with a Ugandan state attorney.

You don't just travel because you are able to pay for the course if it is not relevant and without your supervisors approval.

she sounds disgruntled and this may be a retaliation although this particular fellow (accused) is corrupt to my knowledge.
Report to administrator