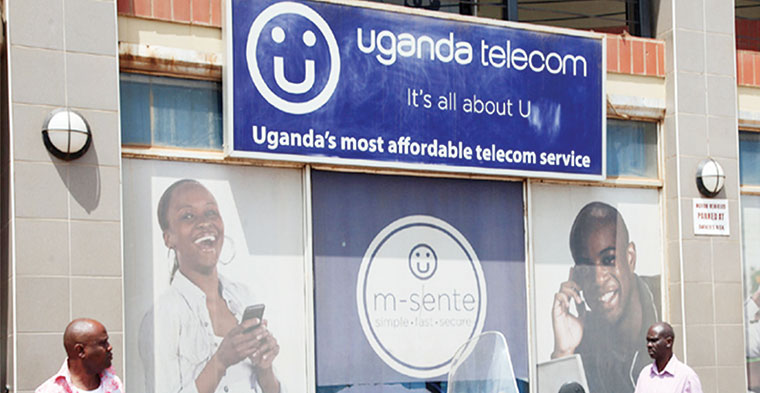 Government has offered to waive all the liabilities held by Uganda Telecom Limited (UTL), as one of the attempts to attract a buyer for the company. This is according to two people, who are familiar with the search.

This means that the government will be responsible for up to Shs 500 billion of liabilities that UTL had at the time it sunk into administration two years ago.  The new investor will only have to invest to overhaul the network because it is obsolete.

The government handed UTL to a Nigerian firm, Teleology Holdings GIB Ltd last October, after six months of scrutinizing several bidders. The investor, who had offered to pay $60 million (about Shs 225 billion), jumped out of the deal just after two months.

This week on Wednesday, state minister for investment Evelyn Anite said they realized that the deal was given to fraudsters and the search for genuine investors was on.

"What happens with UTL? Like you know Kisanja Hakuna Mchezo (term for serious business), and you know Anite, she don’t mince her words. I told them these a quack investors and it has come to see the day light that they are quack investors. We’re back on the drawing board to get a proper investor. One thing I can promise you and promise my president is that; we shall not betray our country to get quack investors or surrender our resources to fake people. That we’ll not do." said Anite.

Now people involved in the search say that the government has a packaged the UTL deal in such way that it attracts serious bidders. “UTL is quite strategic. It appeals to any investor who is really serious. Someone will pick it up,” said our source.

“All these wipe off the balance sheet and handed it [UTL] to you, clearly you can start from a clean slate.” the source said.

Another attractive offer is that UTL will continue running government business, providing communication services including mobile network and internet to several agencies. Our source said the investor will need to immediately upgrade the network from partly 2G and partly 3G to 4G. The investor will also have to address the issue of dropped calls and the network not going so far.

UTL was formerly under Libyan government ownership through UCOM Ltd who owned 69 per cent stake. They pulled out of the troubled telecom saying the Uganda government did not make concrete steps, including injection of new capital.

To prevent its liquidation, the government scrambled and placed the telecom under the administration of registrar general Bemanya Twebaze and the search for an investor to buy has been on since 2017.

+2 #1 Jonathan Luyirika 2019-04-20 16:58
The so called Nigerian investor realized that it didn't make sense to invest into a lame duck telecommunication company which has reputation for mismanagement and poor administration skills.

Dear sister Anite (my sister from another mother) it will be increasingly hard for you to convince any serious investor to invest in a such run down company.Anite, I wish you good luck in your dream to make Uganda a bad place.
Report to administrator
+1 #2 Akot 2019-04-20 20:30
This is not investment for Uganda future, but sell off of National company/asset!

Nigerians are the worst business entrepreneurs who don't know what business means - as seen by the state in which Nigerai is: complete chaos, mess, thieving all over...while the country is divided between government, locals who have taken control of oil fields & expolit them so dangerousely without concern of environment/climate change/destruction of land-rivers...

To whom will Uganda finally belong while our people spectate,help the sell off of what belong to them; to Museveni, Nigeria, China...?
Report to administrator
0 #3 kabayekka 2019-04-21 16:10
This is to request the Buganda fraternity to come together and try to run this UTL company as Buganda Telecom Company as soon as we can.

All that is needed is the Management leadership to come forward.
Report to administrator
+1 #4 PaulK 2019-04-22 09:00
They should begin by prosecuting those who run UTL down and then wind down the compony.

In other words, if we are borrowing for everything, including building a hospital in Kabowa and Akibua Stadium in Lira where will the Shs.500bn come from?

From borrowing! Oh God where are you?
Otherwise this criminally minded NRM regime has already mortgaged us and grand children to the Chinese.
Report to administrator
+1 #7 Lakwena 2019-04-23 11:45
Quoting PaulK:

They should begin by prosecuting those who run UTL down and then wind down the compony.

The cost of reviving it is more than that of starting a new one.

But PaulK, didn't you know the NRM leadership is skilled in reinventing the wheel. E.g. they just reinvented the Uganda Airline (UA).

In other words, in order to rewrite Uganda's History; they destroyed everything so that they can reinvent them.

That is what idiots do for a living and gaining false self importance and relevance.
Report to administrator