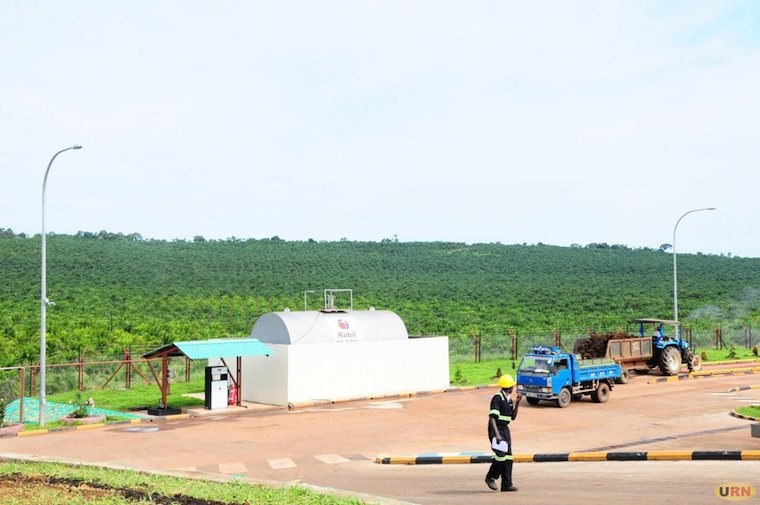 An oil palm garden in Kalangala

The audit carried out between January 14 to March 14 this year by a team of auditors led by Wee Choo Peng and Emmanuel Atta Dick indicated that the then chief finance officer for Oil Palm Uganda Limited, Janadhan Naidhu defrauded the company through making payments without documents and through stocks control and purchase.

According to the report, some of the money was stolen through unapproved bonus payments, bank payments made without supporting documentation, construction and civil works with conflict of interest, payment made for no shipment of crude palm oil (CPO), non approved trading stocks adjustments, spare parts stocks adjustments and uncleared stocks in virtual locations.

For instance, Naidhu paid for uncleared stocks in virtual locations of up to Shs 621 million and conspired to steal up to Shs 525 million in non-approved trading stock adjustments for crude palm oil among others. The special investigation engagement was planned and conducted based on the information received as a result of whistle blowing and a related external audit investigation.

“The objective of the engagement was to better understand the impact of the losses incurred and to assess and improve on existing company processes and control.” reads part of the report.

The report faulted the renegade chief finance controller of the company for among other issues awarding self-contracts under his company Janko Construction to build and renovate schools including Buswa primary school, Betta primary school Bwendero primary school under a corporate social responsibility programme done by the company towards Kalangala district communities.

The audit also indicated that “additional financial losses may have been incurred and remain undetected in the absence of comparative market pricing and a result of overcharging to operate and do civil and construction works by Janko."

The report also recommended that the mode of payment at OPUL be modified to avoid such theft from continuing. Currently, the person responsible for the fraud Janadhan Naidhu reportedly fled to the United Kingdom.

The fraud at the oil palm growing and processing company was detected in 2018 and led to the resignation of Kodey Rao, the former managing director of Bidco Uganda Limited (BUL) a company that oversees OPUL.

Abbey Mukalu, the human resources officer for OPUL neither denied or confirmed the issues raised in the internal audit report. He however says, the oil palm farmers are not affected by the anomalies at the company and their monthly remittances for the palm oil fruits sold to OPUL will be paid as per the usual schedules.

OPUL is a subsidiary of Wilmar International and Bidco Uganda Limited. It grows and buys oil palm fruits from farmers in Kalangala district. OPUL processes crude palm oil at the Mill which is later sent to the Bidco refinery in Jinja to make final products. Kenya-based Bidco, owns 40% of OPUL. The oil palm project started in 2005 in Kalangala, which is made of 84 islands.

The first phase of the $35m project was funded by IFAD in partnership with the government of Uganda. The palm oil project in Kalangala was conceived in 1997 when IFAD approved the Vegetable Oil Development Project (VODP).

As a result, government in 2004 signed an agreement with OPUL, which brought on board private investors to partner with government to push the crop. Originally, the total project cost was $60 million, consisting of an IFAD loan of $20 million, $33.1 million of co-financing from the private sector partner, $3.8 million from the government of Uganda and $3.1 million from beneficiaries.

Is there any place where there are no thieves??
Report to administrator
-1 #2 Wainainchi 2019-04-02 11:16
Thanks for support and pluses! Now is this Museveni s fault you halloo balloo guys!!

LAKWENA, AKOT, KABAKKA YEKA, AND OTHER FOOLS!! SPEAK UP NOW OR HOLD YOUR EVIL AND DIRTY THONGES!!!!!!
Report to administrator
0 #3 Akot 2019-04-02 19:45
All those in position to benefit from the rotten system in Museveni's Uganda will be like him; thieves!

Why should Museveni be the only theif enjoying Uganda riches?

How will Ugandans bring Museveni to justice for stealing their money/land riches...without tribal leaders, those he buys off?

But of course, Museveni will rule till he drops dead of old age, then what for tribalistically divided & ruled Ugandans without common goal nor common national leader?
Report to administrator
0 #4 rubagakene 2019-04-02 22:56
Ugandans like Israelis, are watching and logging these events carefully; once the time comes for reckoning the perpetrators of these "sins" will be hunted down and they and their siblings will pay willy-nilly believe me; there will be no hiding place!
Report to administrator